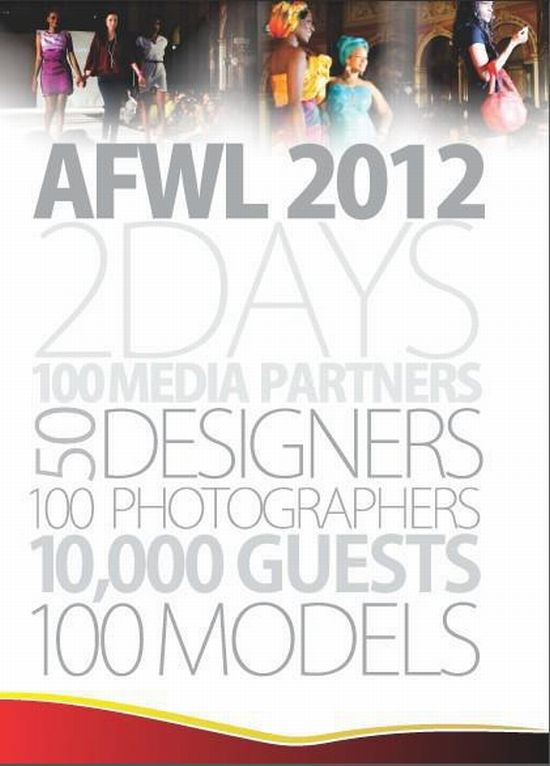 (London, 27 July 2012) – Africa Fashion Week London (is) pleased to announce (its) partnership with Iman Entertainment who will be supporting the two-day fashion extravaganza taking place on 3-4 August, 2012 at London Spitalfields Market.

With Iman’s involvement, AFWL audience will be treated to not only fascinating fashion from all corners of Africa on the runway but also sounds of contemporary African music by Iman’s class acts, Sojay, K9, Aramide, Eva Alordiah and none other than the CEO, Lanre ‘eLDee’ Dabiri. Iman Entertainment artists will also be performing at the Africa Fashion Week after party taking place on Saturday, 4 August at The Gable in Moorgate.

“AFWL is a unique platform that supports Africa’s creative entertainment assets, in line with Iman Entertainment’s company vision. We are excited about working with AFWL to further strengthen brand Africa globally,” said Lanre Dabiri, the CEO of Iman Entertainment of the partnership.

Ronke Ademiluyi, founder and CEO of Africa Fashion Week London said, “We are delighted to have Iman on board to offer a comprehensive experience of African culture beyond just the fashion aspect of it for our 20,000 strong audience expected over the two days.”

In just a week’s time and at the height of the Olympic summer, London Spitalfields Market will play host to one of the biggest fashion events of the year and Africa Fashion Week London where 60 African and African inspired designers from all corners of the world will showcase and exhibit their finest work to more than 20,000 guests in London’s hip Shoreditch district. With leading names in fashion such as Adebayo Jones and George Adesegun, to name a few, and high profile partners such as Mizani and MoneyGram, over 20,000 expected over the two days, and Her Excellency, Chief Mrs. Erelu Bisi Fayemi and philantrophist model as patrons, Africa Fashion Week London is set to be the capital’s premier African fashion event.”