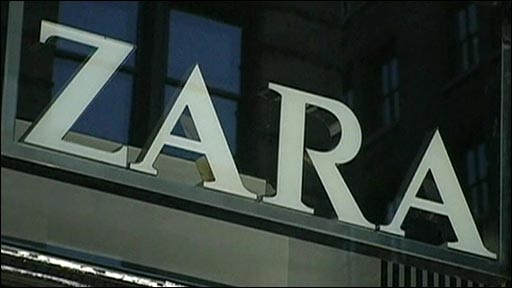 “MADRID—Even before selling its first T-shirt over the Internet, Zara has become an online phenomenon, with more Facebook fans and more application downloads on iTunes than any other fashion retailer. But the real test begins next Thursday, when the flagship brand of Inditex SA opens its first store online.

Research firm Sanford C. Bernstein estimates the Spanish fast-fashion maker could pull in as much as €2 billion, or about $2.5 billion, a year from online sales by its third year. Its nearest rival, Gap Inc., reported $1.12 billion in online and catalog sales last year—about 8% of its overall U.S. sales.

But Inditex, the world’s biggest fashion retailer by sales, is late to the online game.

The move by Inditex, which has stores in 76 countries, comes as retailers are racheting up their online offerings. Gap this year is moving outside the U.S. for the first time and will offer online shopping in 65 countries by year-end, including several countries where the chain doesn’t have physical stores. And Sweden’s Hennes & Mauritz AB is opening in the U.K. this autumn, taking the company’s online presence to eight European countries.

Zara is moving online with the six countries that make up about 40% of its sales: Germany, the U.K, France, Italy, Spain and Portugal.