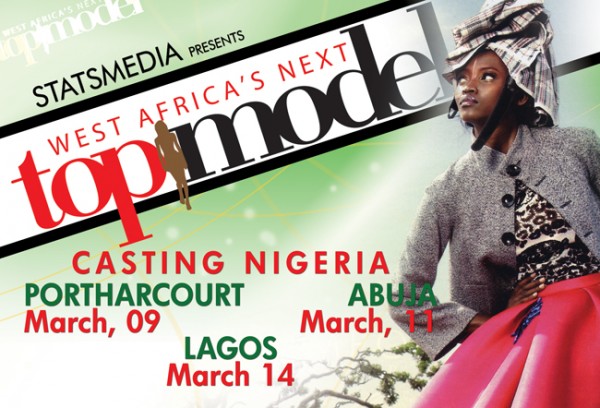 FOR 3 CASTINGS IN 3 MAJOR CITIES ON MONDAY, MARCH 9 IN PORT HARCOURT, WEDNESDAY, MARCH 11 IN ABUJA AND ON SATURDAY, MARCH 14 2009 IN LAGOS

NEW YORK, NY February 27, 2009 – The West Africa’s Next Top Model show scheduled to begin production in West Africa, in the second quarter of 2009, is scouting for models in 3 major cities in Nigeria[the Heart of Africa]: Port Harcourt, Abuja & Lagos. Scouting for Port Harcourt will be on March 9th, 2009 at Arriva Hotel off Stadium Road Port Harcourt at 8am. In Abuja on March 11th, 2009 8am at The Mediterranean Recreation Center Plot 1141 Kwame Nkrumah Crescent, Asokoro, Abuja and in Lagos on March 14th, 2009 at 8am in the True Love Magazine Office 13b Bishop Oluwole, Victoria Island, Lagos. Applicants must be of West African heritage to qualify.

The show will be produced by StatsMedia Group an international production company owned by Tope Esan StatsMedia is the only company granted the exclusive rights from CBS Paramount International Television to produce this reality show in Africa. With the initial start up being in West Africa, the format will be produced every season by region on the African continent. True Love West Africa is the media partner and official magazine for West African’s Next Top Model. Soundcity/Spice TV is the broadcast partner for the show. The winner will receive a lucrative international modeling contract, a cover of True Love magazine and numerous endorsement deals from various companies in the fashion industry nationally and internationally.

This version of Next Top Model will not only highlight the models of West African decent but the continent of Africa for its tourist attractions, cultures, values and its booming 21st century economy. 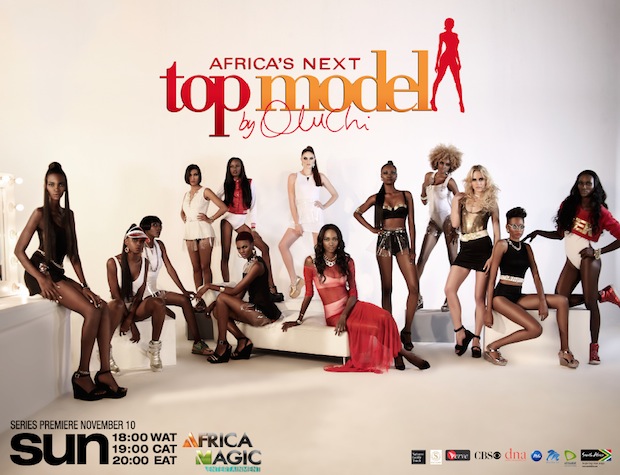 Where are all the Plus-Size Models in Nigeria?