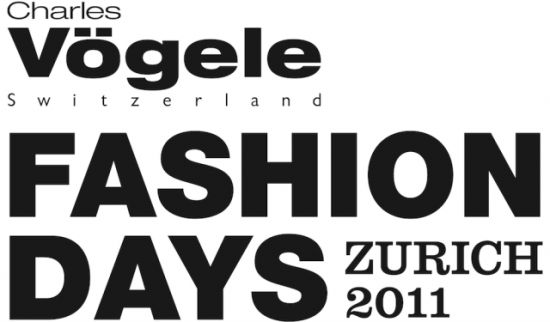 “Following a successful premiere in 2010, the Charles Vögele Fashion Days Zurich will kick-off tomorrow with a glamorous opening. The audience is expecting four days filled with highlights, ranging from world renowned international designers to local talents. Next to notable VIP guests and the press, once again this year tickets are sold to the general public, offering the audience the opportunity of seeing shows which usually only invited industry guests get to see. Runway fashion shows, partially accompanied by international music artists will offer numerous superlative shows.

Wednesday 09.11.2011, 9 p.m.
Charles Vögele Opening Night
On the Opening Night of the Charles Vögele Fashion Days Zurich 2011, Charles Vögele will be showing the Spring/Summer 2012 collection „Biaggini Violett“, by Penélope and Mónica Cruz alongside of the menswear collection by Til Schweiger, who will personally present his collection as a model on the catwalk. The music artist Sarah Connor, who has just returned from her baby break, will round off the evening with her live performance. She will be performing with one of her candidates from the current X-Factor season which will be followed by the X-factor camera team.

Thursday 10.11.2011, 9 p.m.
Swiss Fashion Night incl. annabelle award
The second evening of the Charles Vögele Fashion Days Zurich 2011, honors the eighth annabelle award. First, the Swiss labels AZIZA zina, Javier Reyes, van Bery and Little Black Dress will present their collections to the audience in the Puls 5. Subsequently the five finalists of the annabelle award will each present two highlights of their work. The closing highlight of this evening will be the JUST CAVALLI Spring/Summer 2012 collection. After the presentation Roberto Cavalli will personally appoint the winner of the eighth annabelle award, who will then have the great opportunity of doing an internship at his atelier in Florence.

Friday 11.11.2011, 9 p.m.
Mercedes-Benz Fashion Show – VOGUE “Salon”
The German Vogue will be a guest in Zurich this season – in persona the editor-in-chief herself, Christiane Arp. At the first “VOGUE Salon”, which took this past summer in Berlin, the designers Vladimir Karaleev, René Storck, Michael Sontag and the label Augustin Teboul presented their creations to a selected audience of industry professionals. This time they will ensure a magnificent evening to the audience in Zurich. The closing show of this evening will be Talbot Runhof. The German/American designer duo based in Munich is currently the only German fashion label which is a fixed part of the Fashion Week in Paris.

Saturday 12.11.2011 11 a.m.
Kids Fashion Show
On Saturday morning, November 12th, there will be a kids fashion show with trendy Charles Vögele kids fashion. Celebrities such as Alexa Benkert (from „das Haus Anubis“), Rapper Knackeboul (Zambo, Joiz), Luca Ruch (Mister Schweiz) and Zazou Mall (DSDS) will attend the event, spend the day with the kids und support them at the show. The biggest parts of the profits will go to the Kinderspital Zürich charity.

Saturday 12.11.2011 9 p.m.
Fashion Rocks Showcase Event
The British star designer Julien Macdonald from London will be presenting his current collection for Autumn/Winter 2011 for Fashion Rocks on Saturday, the 12th of November. Macdonald began his career with Karl Lagerfeld for the house of Chanel, subsequently replacing Alexander McQueen as head designer for Givenchy. For several years now, he has also been presenting his own collection, filled with glamour and sex appeal, to the fashion audience. Amongst one of his biggest fans is the Queen herself, she has already awarded him with the official title “Officer of the British Empire”. The accompanying music act for Julien Macdonald will be Hard-Fi, who have already received several music awards.

Within the frameworks of the Fashion Rocks Showcase event, GLOBUS will be presenting the Spring/Summer 2012 collection by BOSS Black and HUGO as well as exclusive Styles by Scotch & Soda/Maison Scotch and the denim pioneer Levi‘s®. The musical highlights will be Oh Land and the DJ duo Märtini Brös from Berlin. The Fashion Rocks Showcase will also include the new Autumn/Winter 2012 Oakley collection. The design of Oakley bundles the most prominent findings and expertise of professional athletes and solidifies their inspirations. The show of Oakley will be accompanied by DJ Doobius, who is known as a local legend, not just in Zurich. Little Black Dress will also be presenting their newest creations on this eventful evening. Little Black Dress is a symbol for an elegant, yet uncomplicated dress, in which women look simply perfect, regardless of the occasion. The defilée will be accompanied by a performance of the Euro Vision Star Contest Singer Anna Rossinelli.

VIDEO: Akon Collaborates with China’s Wilber Pan in ‘Be With You’