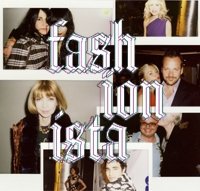 New York Fashion Week starts very soon! So who are some of the influential names in New York you should know? Fashionista.com a respected site in the business gives us their selection. “To determine who belongs in the Fashionista 50–our list of the most influential people working in New York fashion–we used our own knowledge of the industry, combined with advice from industry sources,” explained Lauren Sherman, executive editor of Fashionista. “We also considered each candidate’s consumer reach–through sales, media, etc.”

The Fashionista 50 recognizes individuals or businesses in the following categories: Designers, CEOs/Investors, Editors, Stylists, Buyers and Retail Fashion Directors, Photographers, Personalities/Muses, Writers, Behind the Scenes, and Marketing and Branding.

This year’s winners include: