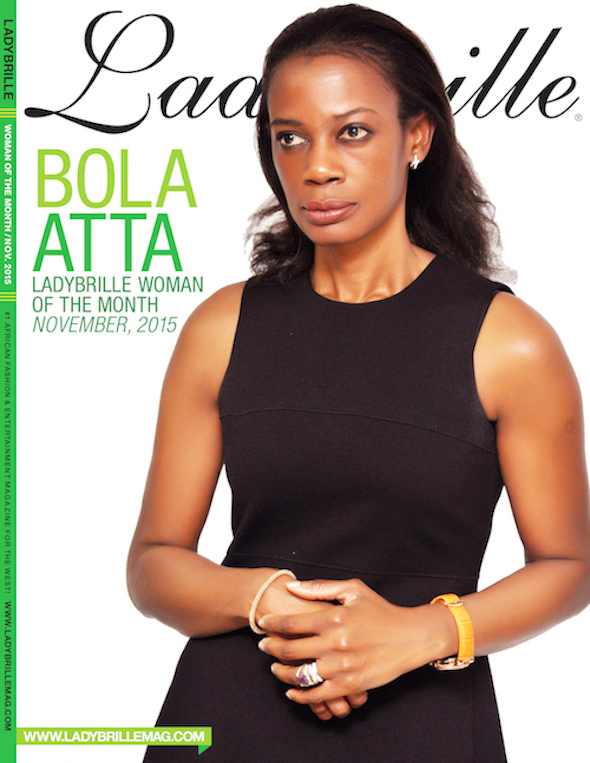 Bola Atta, the recipient of many awards and recognitions for  her numerous achievements in business and leadership on the African continent, is currently the Director for Marketing and Corporate Communications at the United Bank for Africa (UBA), overseeing 18 countries across the continent. Prior to UBA, and in 2001 while working for M-Net (Electronic Media Network) West Africa (as a Program Manager) she proposed to the network’s executives  that a channel be dedicated solely to the broadcast of African movies – specifically Nollywood movies. Atta worked on the concept, development and programming of this channel which was successfully launched in 2003. Today, the channel ‘The Africa Magic’ is the most watched channel on the African continent. In 2004, Atta made a dent in the entertainment and media sector with her subsequent position as Editor-in-Chief for True Love West Africa Magazine, a first of its kind in West Africa. In 2005, her achievements and accomplishments earned her a position as director of one of the largest publishing conglomerates in Africa (Media24Nigeria).

She joins host Ms. Uduak on 31st episode of  The Ladybrille Woman Show as the Magazine celebrates Atta as its Woman of the Month for November 2015.

The LADYBRILLE WOMAN Show is the pioneer show celebrating the brilliant woman (Ladybrille) in business and leadership, across all industry sectors, across the globe. The show features inspiring interviews from these women and has a particular emphasis on African women in business and leadership. It also focuses on information on fashion, business, law and marketing and promotions strategies to further enhance the lives of these brilliant women and the men who support them.