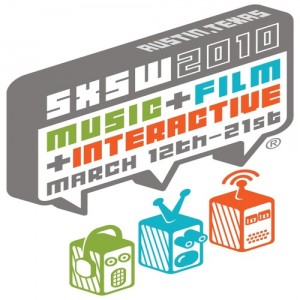 African music isn’t just Fela. There is a new cadre of African artists who are mixing their own music and culture with rock and hip hop to form something new. Who are they, and how are they bridging continents and cultures and building audiences stateside?

NGOZI ODITA’s music sensibilities have been influenced by her Nigerian heritage and her life in the States. As a promoter and events producer, Odita has worked with artists such as The Roots, KRS-1, Ayo, Blk Jks and Femi Kuti. She is the Founder of Society HAE, a website that nurtures the efforts of emerging artists worldwide. Odita’s events have been written up in The New York Times, Fader, and Time Out New York.

TONI BLACKMAN, the first Hip Hop artist selected to work as a Cultural Ambassador with the US Department of State, has traveled throughout Africa, Europe, and Southeast Asia. Also, known as “Miss Blackman”, Toni’s working on a project with Commissioner Gordon and writing a memoir while running the Lyrical Embassytm and Rhyme Like A Girl.

BEN HERSON is the founder and director of Nomadic Wax, a global hip-hop record label and production company dedicated to recording, documenting and presenting hip-hop and underground music from around the world. He graduated with a major in African Studies and Anthropology from Hampshire College in 2000 and did post baccalaureate studies in Wolof (West African Language) at Columbia University.
Herson is also an internationally celebrated producer and musician. He has released over a dozen globally acclaimed albums and recorded/produced numerous singles on compilations worldwide.
While studying West African drumming in Senegal, Herson stumbled upon a vibrant hip-hop scene in Dakar, Senegal. Enthralled by the political and social message of the groups’ lyrics, Herson returned with equipment and began befriending and producing some of Senegal’s top MC’s. These recordings formed the critically acclaimed African Underground Albums vol. 1 and 2.

In 2004, Herson co-founded the Trinity International Hip-Hop festival at Trinity College, the first international hip-hop festival in the United States and began touring with global hip hop music and educational programming to colleges and universities throughout the United States. In 2007, building upon his work in Senegal, Herson developed an award winning seven-part documentary series on youth, hip-hop, and politics in West Africa titled “African Underground: Democracy in Dakar”. The documentary has been screened at colleges, universities, and film festivals across the US and internationally. Herson also produces and hosts a bi-monthly radio show on New York public radio (WNYE) featuring Urban music and political discourse from around the world.

YOLANDA SANGWENI is a South-African born writer/editor and founder of AfriPOPmag! a weekly online magazine highlighting contemporary African youth culture, music, fashion and film from an Afropolitan perspective. She is also a singer/songwriter whose music blends her African upbringing with her New York experience.

Kemi Adetiba, Semhar Araia to be Honored at the 2014 African Diaspora Awards, Ebbe Bassey to Host

Tumblr to Send Over 20 Bloggers to New York Fashion Week this February!