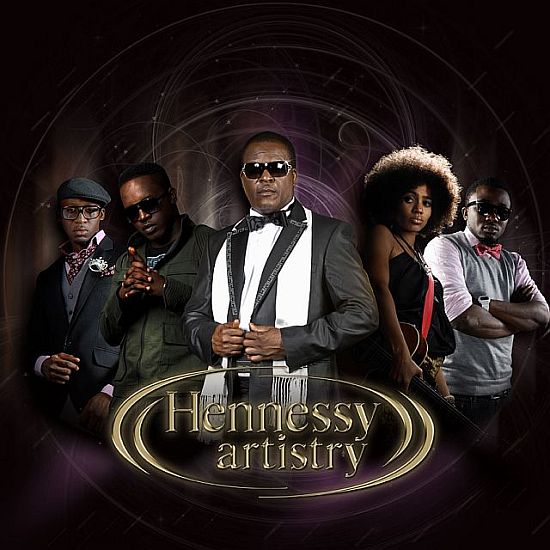 In 2007, it began with a cocktail-mixing contest between renowned bartenders. In 2008, it evolved to a battle among some of the country’s finest DJs, and in 2009, it advanced to a live music contest between five of Nigeria’s fastest rising urban-music artistes. Now, in 2010, Hennessy Artistry returns with the ‘Like a Bottle’ experience – a three-part collabo project that is set to lift the bar a notch higher in the Nigerian entertainment industry.

‘Like a Bottle’ is a blend between the all-star talents of super-star rapper, M.I., soul-music singer, Nneka, fast-rising lyricist, Iceprince, alternative soul guitarist, Bez, and the King of Afro-Juju, Sir Shina Peters.

The ‘Like a Bottle’ track was produced by Kas, the brain behind the hit songs ‘Fi Mi Le’ and ‘Wind for Me’. The track likens every artiste’s goal of the ultimate performance to that of Hennessy cognac, and has already begun to make its rounds on the radio airwaves.

Part 2 of the ‘Like a Bottle’ experience is the music video, shot by Dragon Fly Productions. The video expresses the smooth style of each of the 5 artistes, and shows them making their way to the ultimate concert. The video will drop on all major music stations on 20. 10. 2010. A special edition ‘behind the scenes’ film has also been created, which chronicles the making of the ‘Like a Bottle’ track and video. This film will be shown on Sound City TV every Sunday until the end of November.

The third part of the experience will bring ‘Like a Bottle’ to life with a bang, at an exclusive Grand Finale Halo concert in Lagos. On November 27th 2010, Sir Shina Peters, M.I., Nneka, Iceprince and Bez will share the Hennessy Artistry stage, giving unforgettable renditions of their best-known songs, as well as the ‘Like a Bottle’ title track.

Hennessy Artistry’s ‘Like a Bottle’ is one of the most exciting projects to come out of the Nigerian music industry in 2010. Fans of Hennessy cognac and the artistes will have the chance to live the ‘Like a Bottle’ experience in a number of ways.

Copies of the special edition DVD, and the highly exclusive Grand Finale concert tickets can be won at top stores in Lagos when a Hennessy VS or VSOP bottle is purchased. The official Media Partners of Hennessy Artistry 2010 will also be giving away some concert tickets and special edition DVDs, and they are: Beat FM, Bella Naija, Rhythm FM, STV and Sound City. The prizes will also be available through the Hennessy Nigeria facebook page.

Finally, the special edition DVDs and concert tickets will be up for grabs at Hennessy Artistry club nights in Lagos over the coming weeks. Beginning on October 30th at Road Runners in Yaba, the first Hennessy Artistry club session will be hosted by Iceprince. The second club session will hold on November 6th at Auto Lounge in VI, hosted by Bez. The 3rd and 4th, hosted by Iceprince and Bez together, will be on November 13th at D Place, and November 19th at Rehab.

For more information about Hennessy Artistry, visit www.hennessyartistry.com.ng or www.facebook.com/hennessynigeria.

The Beginning: The Official Story of Dynamix All Youth Awards