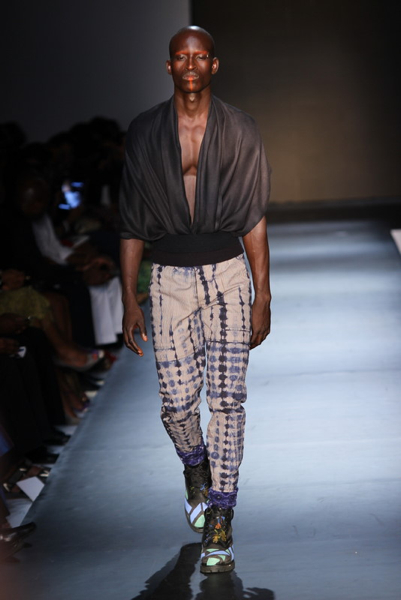 “Nicolas Petrou graduated in 1993 with a Master of Arts degree in fashion design from Central Saint Martin’s School in London.

He has been designing for various companies in New York including his own name(PETROU) with a store on Madison Avenue. He recently launched a high end menswear collection under the name PETROU\MAN.

His work has been featured in some of the most prestigious publications in the world, including the cover of WWD, T Magazine of The New York Times, Dazed and Confused, Seventh Man, V- MAN, Vogue, Elle, Bazaar, Numero, W, Interview, Metal and The New York Times.

Blogs that featured the PETROU\MAN collections include Dazed Digital, The Fashionisto, The Huffington Post, Style.com, Selectism and InStyle, just to name a few. ”

Made in Africa by ARISE Magazine at Mercedes-Benz Fashion Week September 15th, 2011