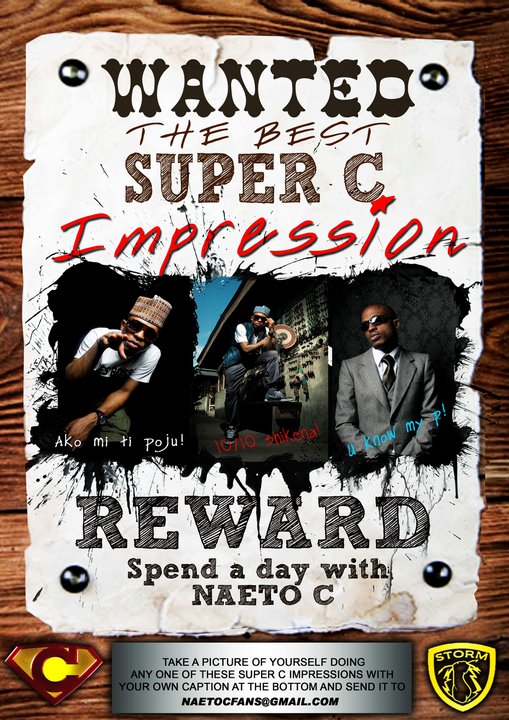 LADYBRILLEmag.com reported strategic partnerships and alliances between Asia and American music industries. We are excited to see similar partnerships/alliances taking place between Africa and the USA. Last week, Storm Records announced a strategic marketing partnership devoted exclusively to the career of Nigerian Hip-Hop superstar Naeto C. Read the details of the business deal in the press release below.

The creative and business collaboration will focus on positioning Naeto C in the United States market.

“I believe the most versatile MC in the world is coming out of Africa. Naeto C. is a special artist with not only talent and charisma, but a story that will inspire people. What else can you say about ‘the only MC with an MSC’? America is going to love him and his new album! I’m honored to work closely with him and Storm 360 around ‘Super C Season.’ We plan to write history. Naeto C epitomizes what it means to be a ‘Diasporic Personality,’ – a trendsetter at home and abroad,” explained Cedric Muhammad, CEO of CM Cap. Mr. Muhammad is also a Former GM of Wu-Tang Management.

Naetochukwu Chikwe “Naeto C” was born in Houston Texas. He spent his earlier years growing up in England and Nigeria. He has a B Sc. in Biology from GW and is scheduled to obtain his MSC – Master’s Degree in Energy Studies later this month from the University of Dundee. Awards he has won since the inception of his career include HHWA best hip hop single 2009; Soundcity best male video 2009; and Best new act, MTV Base Africas award 2008. Naeto C – on Thurs Nov 4, 2010 – won Best Hip Hop artist at the Channel O Music Video Awards in Johannesburg, South Africa to add to his growing collection of awards and recognition.

“Cedric Muhammad has an incredible 21st century vision for the future of music and the branding of artists. We believe his Hip-Hoppreneur ™ service is in complete harmony with the evolution of Naeto C’s brilliant multi-dimensional career and the new levels of success he is destined to reach with ‘Super C Season. Naeto C is a 21st Century African with a global perspective and from Joburg to Accra and Nairobi and of course Nigeria; and from here to the UK, USA and Asia we are keen to engage new markets and continue to challenge the perceptions of what it means to be African. We feel Cedric gets where we are coming from and Naeto is the first of many. So watch out world, the Africans are coming!” Storm 360 CEO Obi Asika stated.