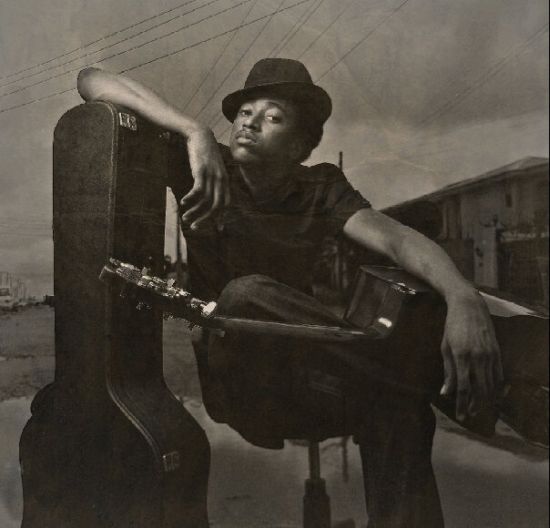 Artist GT the Guitarman, after months of speculation and rumors that he was leaving Storm Records, confirms to LadybrilleNigeria his official departure from Storm Records to form his label EMBER Entertainment.

“Leaving Storm Records is a natural result of an inner development. I signed a (three) 3 year deal with them in 2005, stayed on for an additional couple of years all the time I was growing within and trying to figure out how to take GT to the next level,” said the artist who now goes by the name GT in an exclusive to LadybrilleNigeria.

“The answer was/is Ember Entertainment. The time has come to lay the foundation for the future. I am grateful for the support I had and still have from Storm through the years. I had a wonderful time while I was with Storm. There might have been a lot of things I wasn’t satisfied with though, but that hasn’t changed my love and respect for Storm. They are an integral part of who I have become and without them I might not have matured creatively this quickly. Obi Asika is my Father and mentor.”

We introduced the extremely talented singer to our sister site Ladybrille Magazine in 2008.

Watch the video clips and meet the New GT below.

Olugbemiro Tokunbo Olaolu Akigbogun was born in the year 1984 in East Dulwich, South London, England. Two years later his family moved back to Nigeria, bringing Gbemiro back to his motherland, little dreaming that his destiny awaited him.

He began his educational journey at Community Primary School, Mile 2, Lagos and went on to Mayflower Secondary School Ikenne, Ogun State. His mother and his older sister, Opeyemi, raised him. At about the age of 11, he discovered the world of music. This was due to his sister’s innovative method of baby-sitting. Being involved in a choir, she would come home after each rehearsal and teach him the songs she had learnt while she was looking after him when his mother was away at work. It was then discovered that he had a natural flair for music. Encouraged by a few friends he joined a few groups, including Pairs of Gloves and 4 Generation, performing in different churches and events.

The guitar is a very essential part of Gbemiro’s life and his interest in that particular instrument began in the year 2003. He heard a man playing the guitar and was intrigued enough to talk to him about learning to play the instrument. The man, John Akanbi, informed him that he would have to get his own guitar before he could begin any form of training. At the time, the cheapest guitar was going for at least N 5,000 and so he began saving up to buy a guitar. It was so important to him that he get his guitar that he stopped eating and became rather sickly. Samuel Ekpeyong, a friend of his, noticing this change and realising its cause, decided to give Gbemiro his own guitar. When he went back to John for lessons, he was met with another wall to crush; the tuition fees proposed by the man was really expensive. Frustrated but determined, Gbemiro chose a path that was to lead him to greatness, the path only truly great people tread. He decided to teach himself to play the guitar. So, by watching people, surfing the web and trying to get his hands on every material on guitars that he could find, he, unbeknownst to him, begun the slow and laborious transformation from Gbemiro to GT.

The Making Of GT

In the year 2005, a few weeks before Valentine’s Day, you would have found Gbemiro putting up posters for a Valentine’s Day show that would, eventually, be the start of a new phase in his life. The show was dubbed Humour and Val, and he was helping the organiser’s brother put up some posters advertising the show. He managed to convince the organiser’s brother to set up an audition for a spot in the show; he wowed the organiser at the audition and was instantly offered a spot in the show.

The response to his performance that day was unbelievable and he was immediately approached by the comedian, Omobaba No. 1 who ensured that he was showcased in various shows including the prestigious Night of a Thousand Laughs.

A few months after his first real public appearance a friend offered to take him to Dare Art-Alade. As bemused as he was, he, however, performed well enough to compel Dare to do something that he had never done before. He called up the head of Storm Media Group and set up an audition. Storm wasted no time in identifying his genius and GT the guitarman was born.

GT is recognisable because of his flawless falsetto and enviable guitar skills and while under Storm records he carved a niche for himself delivering amazing performances and releasing outstanding singles. His singles include, the ever-popular “Dreams”, “Truly” and “I don’t wanna” featuring Naeto C.

He immediately gathered a huge fan base and set out toward settling in his fans hearts by the electrifying performances he delivered at the: MNET’s Face of Africa; Glo’s g-bam show; Samsung’s Valentine’s day Concert & AIT Valentine’s Day concert; Asa: Live in Lagos; MTN Motivational Seminar with Les Brown; Calabar Festival and Easter Ball; Nokia’s First Chance; Rhythm Unplugged; Silverbird: Man of the Year Award and the Big Brother Africa Eviction Party to name a few. At each of these events, his connection to his audience was instantaneous and lasting. He always leaves his audience begging for more.

He released his first album “The Truth” in 2009 under the Storm360 Media Label and the album was received with much pleasure and enthusiasm by his fans.

Following his success as an artist and a songwriter. GT, who has now become a brand of his own regarding pure soulful entertainment and is an icon of perseverance, has decided to explore his entrepreneurial acumen by branching out and starting up his own record label, which he has dubbed Ember Entertainment. He is working toward releasing his second album under this record label. “Why Ember?” you ask. Well seeing as he is always saying, “If anybody can, I can. Even if they can’t, I still can!” It is only fitting then that his entertainment company be given a name that emulates his die-hard spirit. As hard as it is to quench the glow of fire that dwells within an ember, so it is to attempt to quench the spirit of this young musician and entrepreneur.

What an Insult to Sade! M.I., P-Square, Wale Nominated in the Same Category at the BET 2010 Awards?