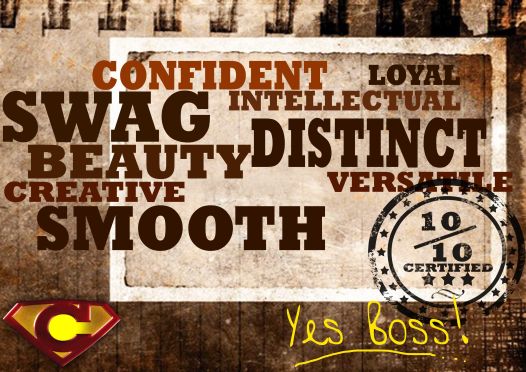 Ladybrille Magazine congratulates Nigerian rapper Naeto C who graduates with an MSc from Dundee University, Scotland. A rapper with a degree is always a good look. His label Storm 360 also sent this message to the press congratulating the Award winning rapper:

“Storm 360 is proud to announce that today Nov 17th, 2010, Naeto C graduates with his MSc in Energy Economics from the University of Dundee, one of the leading energy schools in the world. Naeto C represents positive action and practical solutions he chose his course of study so he can add value to the chronic power shortages in Nigeria from an informed position. He is now qualified to discuss the knotty issues concerning power distribution, generation and solutions for Nigeria at any level and it is this balance that makes him unique. Naeto C on Nov 4th, 2010 in Johannesburg was crowned King of African Hip Hop at the Channel O Music Video Awards where his video for the Dokta Frabz produced “Ako Mi Ti Poju” was rewarded with Best Hip Hop Video for 2010.

This video was shot on location in Johannesburg and directed by Bobby Boulders, and in many ways these two results culminate in the realization of two major goals. Naeto C managed to stay focused on his master’s program and has graduated with distinction and of course he remains one of the most sought after and relevant artists in Africa as this most recent award testifies. In this same week his current single Ten Over Ten which is already assuming anthemic status is being released to the major UK markets and also he is graduating today. We are proud of him and proud of his humility and his talent, he to our mind represents the new modern African youth, focused, professional, multi-tasking and built to win.

Naeto C constantly pushes the limits of what was previously thought possible and again he has made history in his own unique way, join us to celebrate this unique talent, a positive story we can all embrace and one of our best young talents and minds who demand your respect. As this phase closes with the graduation ceremony today its more work no play for Naeto C as he hurries to complete his album for a Christmas delivery to his fans all over the world, the album titled Super C Season represents a change in direction, and we will invite u all to witness the advent of Super C Season.”

Check out 10/10 on ITunes. Read an interview by Dundee University on the rapper here.