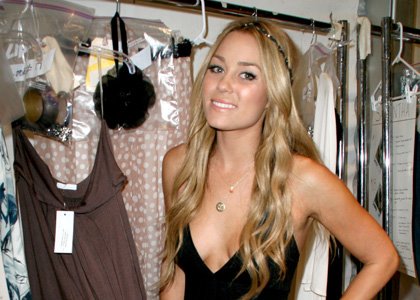 If you are wondering were we are, we are down here in LA at Los Angeles Fashion Week, Spring 2009 capturing the hottest collections, interviewing some of your favorite American designers and celebs and will bring all that to you very soon! So far, it’s been exciting times here in Culver City where the shows are being held. LA is very much about celebrities, celebrities and more celebrities. Some of our favorite shows so far have been designers Kevan Hall, Lana Fuchs, Whitley Kros, MTV’s Lauren Conrad of the Hills and Joseph Domingo.

We are also so excited and look forward to bringing you complete coverage of the much anticipated Nollywood A-List Actress Stephanie Okereke’s Through the Glass movie premiere ! The event takes place this Saturday, October 18th, 2008. If you have not bought your tickets, step on it and join Ladybrille at the Pacific Design Center for the premiere and later at Tanzore, http://www.tanzore.com/ , for the red carpet and after party!

Check out some of the celebs that have made an appearance and some we have had the pleasure and privilege of interviewing at Mercedes-Benz LA Fashion Week, Spring 2009. Enjoy and don’t miss us too much. We will be back before you know it!