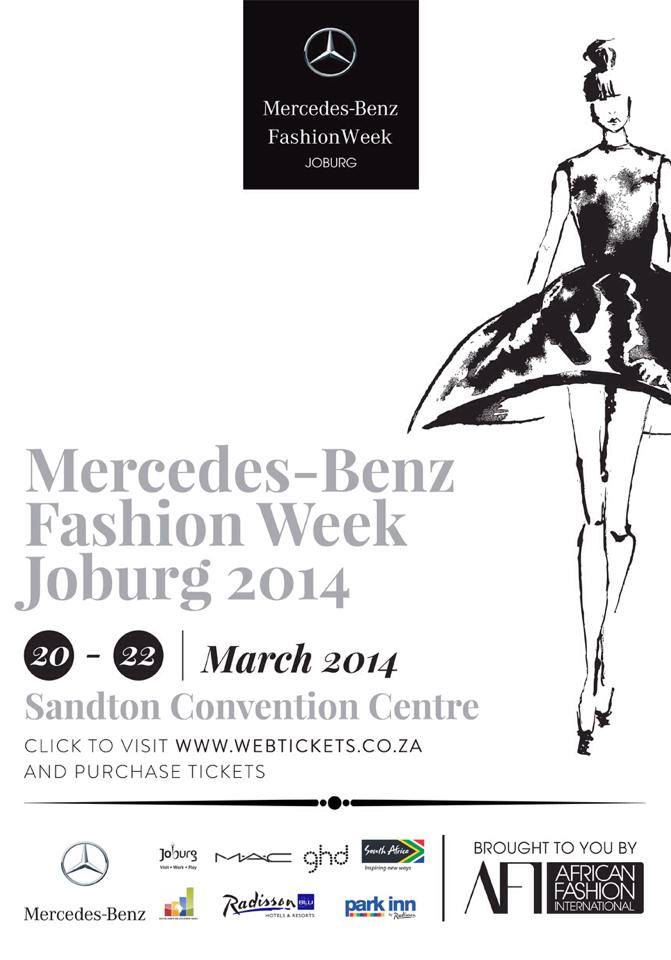 Africa Fashion International’s Mercedes-Benz Fashion Week Joburg kicks off today. What do you all think is the state of Africa’s fashion industry today?

We’ve seen many fashion brands come and go. The concern over the over-saturation of fashion weeks seems to be dissipating, primarily because there has been no real sustainable business model for the many event organizers we saw putting on the shows. There are  few e-commerce sites, a few books on African fashion, a few websites still sharing African fashion, a few fashion blogs still focused African fashion. Social media particularly Pinterest and Instagram have also created a different kind of conversation.

It’s been rather interesting but from your views what do you believe is the state of Africa’s industry?

(T)he dates for South Africa’s premier annual autumn/winter fashion show, Mercedes-Benz Fashion Week Joburg (MBFWJ), have been set, with over 34 of the country’s top designers lined up to present collections in 15 shows at the Sandton Convention Centre over three days, from 20 to 22 March.

At this, one of the country’s foremost sartorial events, the runway will feature a stellar collection showcasing the likes of Marianne Fassler, David Tlale, Stefania Morland, and Leigh Schubert as well as the many exceptional newcomers included in the 2014 line-up.

Menswear will also receive a substantial showing in the form of collections from ten leading labels such as Fabiani, Augustine, Ruald Rheeder, Laduma and Viyella, as well as the four emerging menswear designers featured in the African Fashion International (AFI) Next Generation incubation programme.

As fashion is an extension of cultural expression, Mercedes-Benz Fashion Week Joburg 2014’s theme, “Creative Freedom: Under the Pillars of Fashion, Art and Design,” will celebrate the 20th anniversary of South Africa’s democracy.

In keeping with the theme, MBFWJ is intended as an equal-opportunity platform to foster creative independence amongst the new generation of talent in the fashion and design industry. As such, the Fastrack™, Next Generation and FashionTalks programmes, which all feature in the 2014 MBFWJ line-up, aim to identify enrichment opportunities for young, up-and-coming designers in the fashion world.

“Through these initiatives, the South African fashion industry will be supported, aiding efforts to bolster the industry as a whole, thereby benefitting the entire economy,” adds Dr Moloi-Motsepe.

The 10 finalists of the AFI Fastrack™ initiative, now in its fourth year, will have the invaluable opportunity to showcase their own designs on the same runways as renowned labels. The FashionTalks seminars, meanwhile, are themed “Cutting from New Cloth: Innovation in Fashion” and extend AFI’s mission to promote new talent on a global platform through educating the local design community on the importance of cultivating innovation and sustainability.

With these initiatives and the participation of 34 of South Africa’s top-drawer designers, the 2014 MBFWJ will be as much about providing for fashion’s future as it will be about respecting its past and showcasing its present.

The partners of MBFWJ 2014 include: