“It all started with an obsession with dolls and a mother who taught her how to sew. Nkwo Onwuka earned a degree in Psychology but her love of making pretty things has turned into a thriving fashion business. Nkwo started off making clothes for individual clients but the turning point came in the summer of 2006 when she wore one of her wrap tops to Liberty of London. A shop attendant was so impressed when she found out that Nkwo had made the top, that she took her to meet one of the managers who in turn gave her the details for the ladies wear buyer. This led to the development of the ‘retro-wrap’ which is a re-engineering of early methods of dress where a single piece of fabric is draped, wrapped or tied around the body to form a garment. The unique wrap has won various accolades and was presented to Her Majesty the Queen when she opened the business centre at the University of East London. The collection debuted at the prestigious Kulture2Couture, 2007 where Nkwo won the coveted Phoenix Award presented by the Mayor of London’s office in conjunction with the V&A museum. Since then, Nkwo has featured in several high profile fashion events around the world.”

View some pieces from her latest collection on Day One (October 25, 2017), of the Lagos Fashion and Design Week. 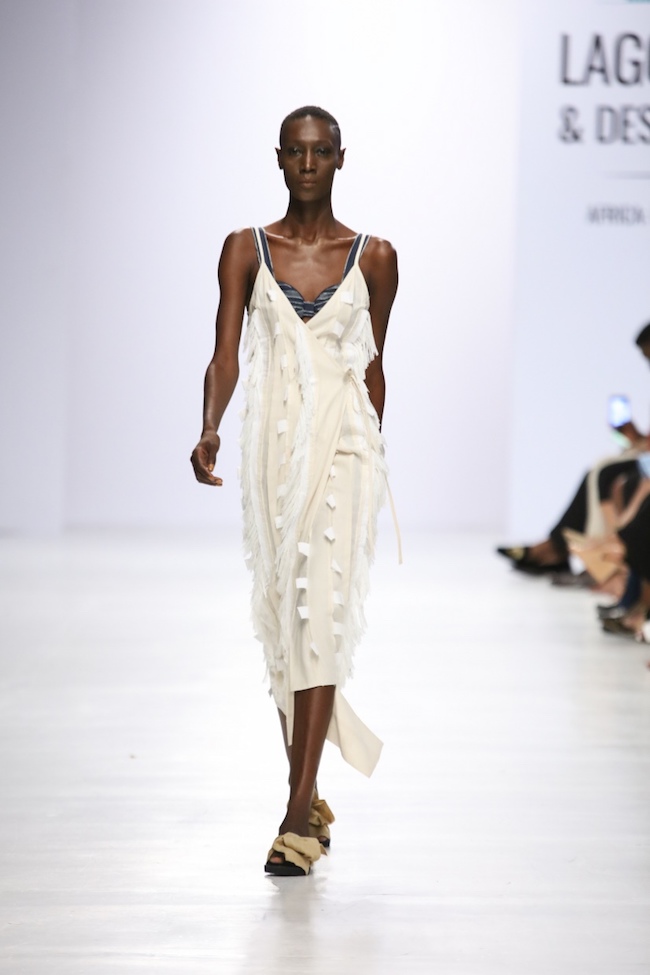 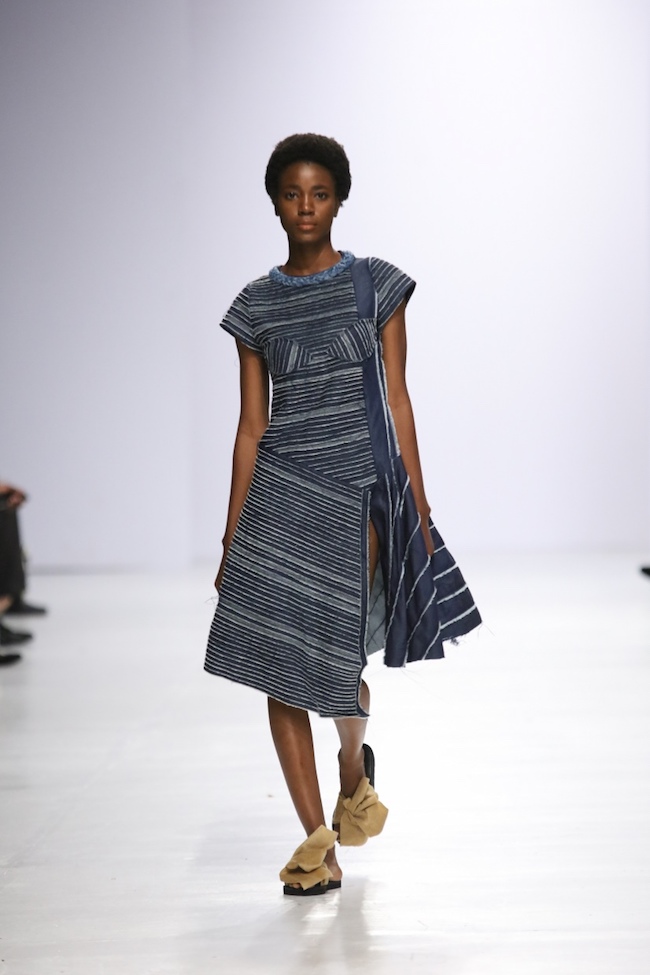 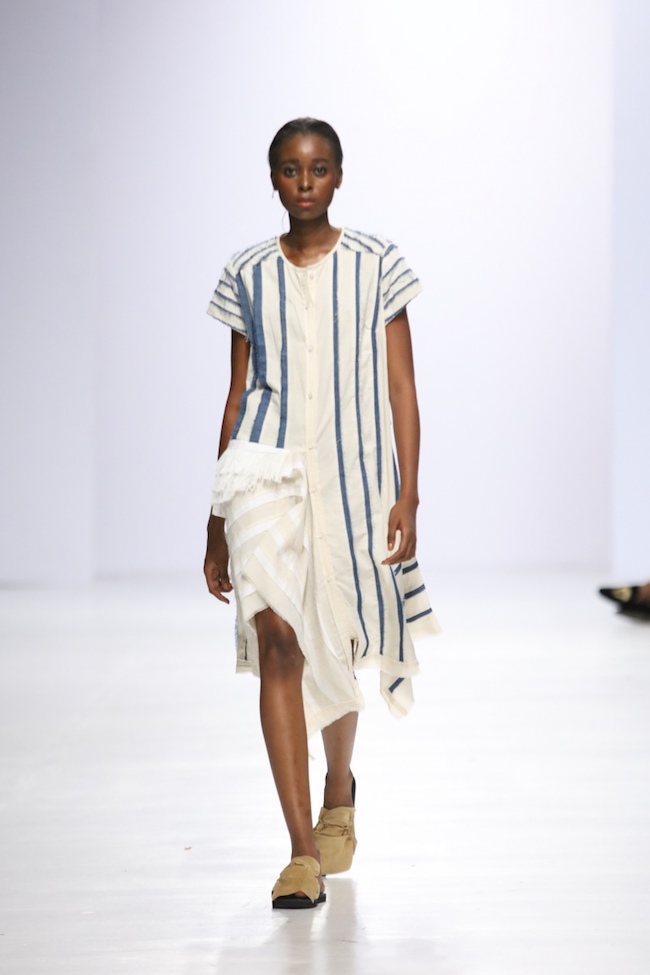 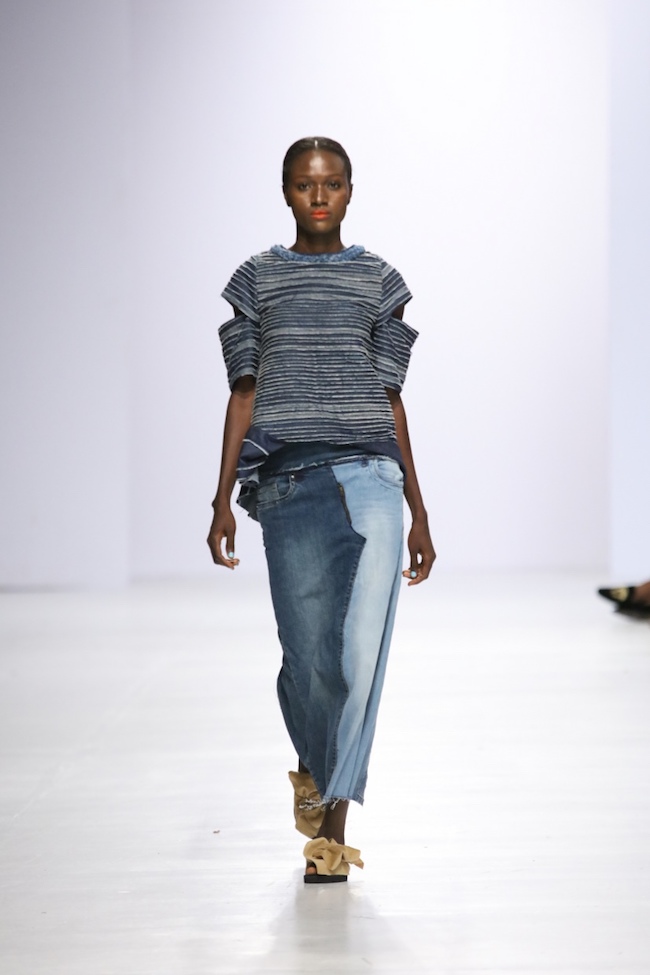 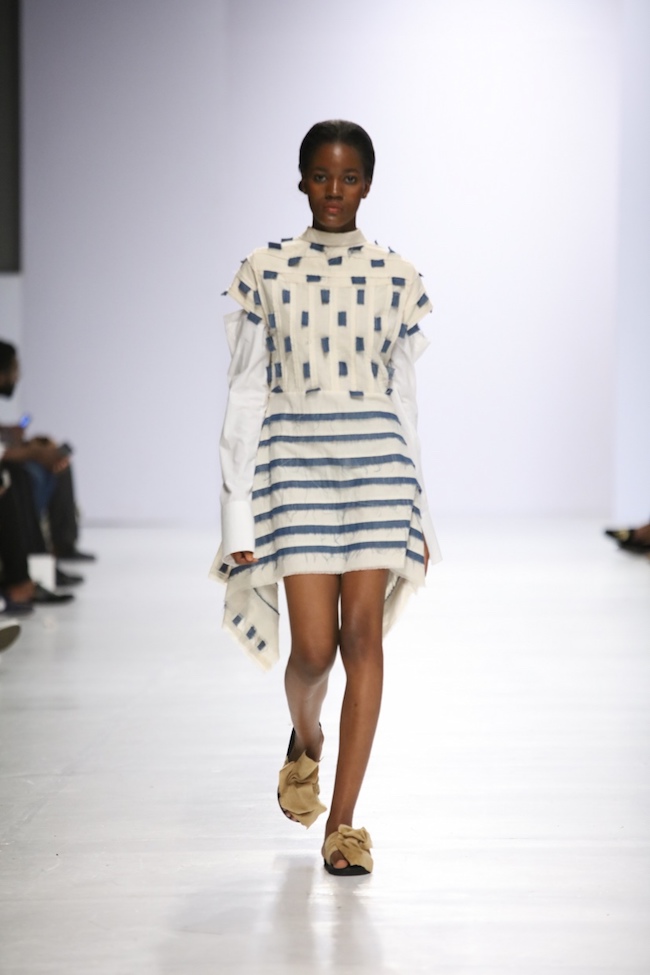 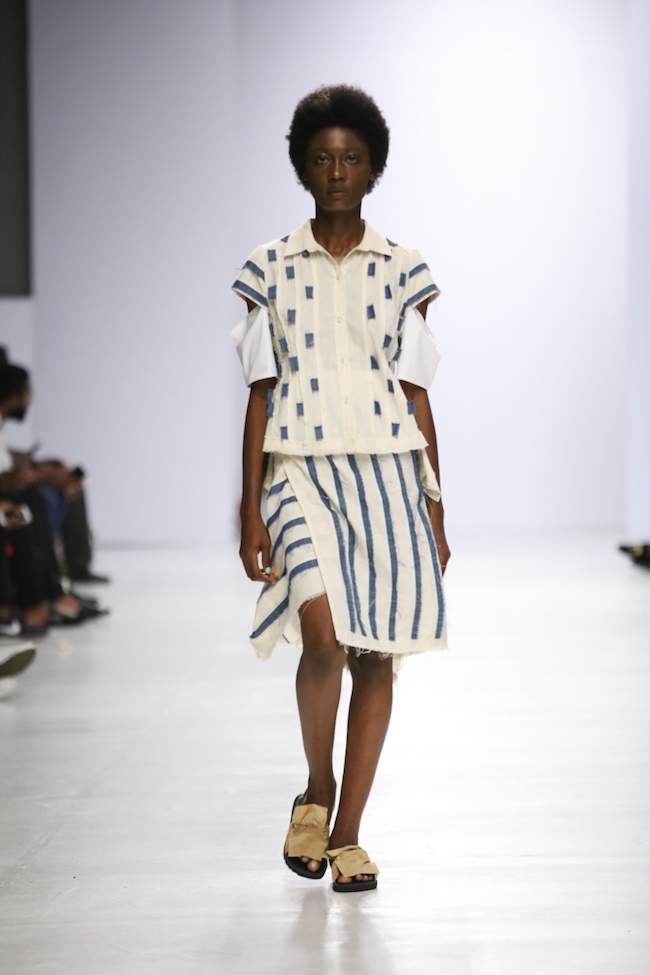