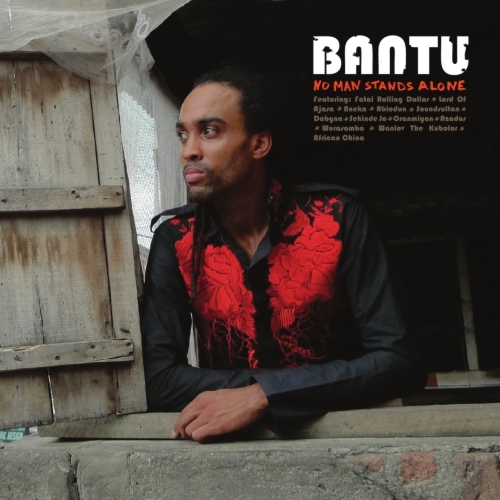 The official video for Bantu’s ‘Waiting’ featuring Nneka is out. The two did the song for the movie ‘Relentless’ where Nneka also makes her acting debut.

Written and directed by Nigeria’s Andy Amadi Okoroafor, Relentless is “a haunting story about loneliness, love and self-discovery that explores Africa’s throbbing megacity Lagos, and the effects of war and loss.

Obi, an orphan brought up by the military, becomes a peace-keeping soldier in worn torn Sierra Leone. He meets Blessing a Sierra Leonean woman and falls in love for the first time. His world and life are devastated when he finds Blessing mutilated by kid soldiers and rebels. His only option is to kill her misery.

On his return to Lagos after the war, he is an emotional autiste, sleepless and lonely. By day he runs a small security company with Ola his best friend and fellow war veteran, at night he walks the lonely streets of Lagos haunted by his past.

In one of his midnight walks, Honey, a runaway university student and high-class call girl falls into his arms, thrown down from a bridge to die by one of her clients. Obi is thrust back into reality as he once again is carrying a woman in his arms, another victim of violence, another life to save or let die.
But Honey is alive and enters Obi’s world, opening up his mind again to feelings and emotions, but also ultimately leading him into committing another murder.

Itís election time in Nigeria and a powerful politician claiming to be a friend to Obi’s late father hands Obi’s firm a lucrative contract to provide security for his candidate.

Obi and Honey, both in personal exile and struggling to get a hold on their lives are thrust into action as a course of events draws them together in the relentless and brooding city that is Lagos today. As Obi comes to terms with his life and reality, he embarks on a journey of redemption and self re-discovery. . . The film explores the vast canvas that is Lagos today ‚ powerful, dangerous, alive and uncompromising; fraught with deceptions and corruption yet thriving with hope, strength and resilience. . . ”

African Cinema: Watch ‘This Is It’, a funny and down to earth web series about young, clueless newly weds