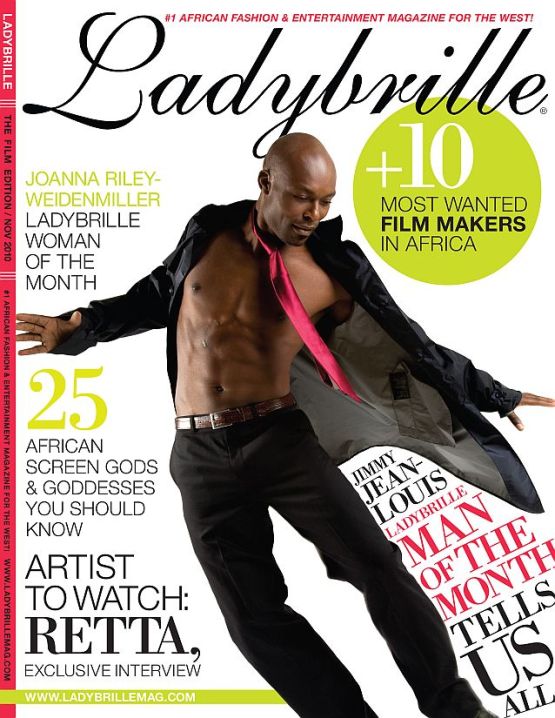 Jimmy Jean-Louis, Ladybrille Man of the Month November 2010, will host the 8th Annual Africa Movie Academy Awards (AMAA). The event will be held on April 22nd, 2012 in Lagos, Nigeria. Enjoy our exclusive interview with Jean-Louis here an dread all the details about the event below:

The Africa Movie Academy Awards (AMAA), Africa’s most prestigious awards for filmmakers, receives 328 entries from across Africa, up from 220 in 2011. Nomination night is 17 March 2012 in Banjul, Gambia.

The Africa Movie Academy Awards (AMAA), the continent’s most prestigious awards for filmmakers, has received 328 entries from across Africa, up from 220 in 2011. This includes 134 feature films, 88 short films, 57 documentaries and six animations. 43 entries came from Africans in the Diaspora, with the other entries coming from 23 countries across the continent.

Husseini, chair of AMAA’s College of Screeners, said, “‘The growing awareness of AMAA, the integrity of its screening process, the global recognition that comes with winning and the opportunities afforded winners has given rise to an increase in entries. Among other benefits, winning at The AMAAs enhances the reputation and visibility of any filmmaker in Africa and helps their marketing and financial drives.”

The nominees will be announced this Saturday, 17 March 2012, in Banjul, the capital of Gambia, at an exclusive ceremony attended by celebrities, top government officials and capitals of industry from Gambia and other African countries. Naomi Lucas, head of AMAA’s Business Development Unit, says, “”One of AMAA’s key objectives is to unite Africa through film, so the choice of Gambia affirms AMAA’s positioning as a pan-African event. It also offers guests an exotic experience to explore the beauty and splendor of a West African country that has become one of the most important tourist destinations in the world.”

For more information, keep an eye on http://www.ama-awards.com/.

Bi-racial American Filmmaker Gets Tanzanian Aunts to Open Up About Sexual Abuse Faced, Finds it Mirrors Her Own Traumas