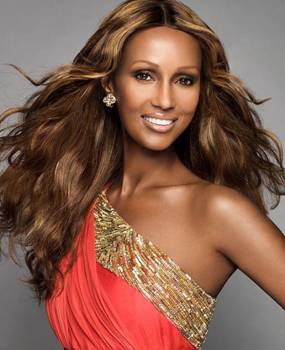 (New York, USA) Africa Fashion Week New York (AFWNY) announces its partnership with fashion icon Iman and her company Iman Cosmetics for the first ever AFWNY, 2010. The partnership means IMAN Cosmetics is an official makeup sponsor for the event which will be held from July 12th-18th, 2010; and will provide IMAN cosmetic products for AFWNY.

The Supermodel and CEO of IMAN Cosmetics, a recipient of the CFDA 2010 Fashion Icon Award, has throughout her career emphasized the need to celebrate diversity in the fashion industry.

“We approached M.A.C about sponsoring and they refused even though a large percentage of their customers are women of color from the African diaspora,” says Adiat Disu Founder and Producer of AFWNY to Ladybrille Magazine.

Over 44% of the city of New York‘s population, according to the U.S. Census Bureau, is the African diaspora. Indeed the strength of the African diaspora is illustrated in AFWNY with support from numerous respected African own brands including Bisila Wines, LADYBRILLE, ICY PR, BHF, Jamati, Munaluchi and Arik International Airlines.

In addition to IMAN and some of the African own brands stated above, AFWNY enjoys the sponsorship of mainstream Western brands like REVLON, EDUN, DOLLHO– USE and SKINNY WATER. The event which will showcase the designs of over 21 African designers from the continent and the diaspora has also confirmed the attendance of numerous high profile celebrities and media including:

To purchase tickets or for more info. visit www.afwny.com.