Home / Fashion / Models / Is the Catwalk too White?
Share 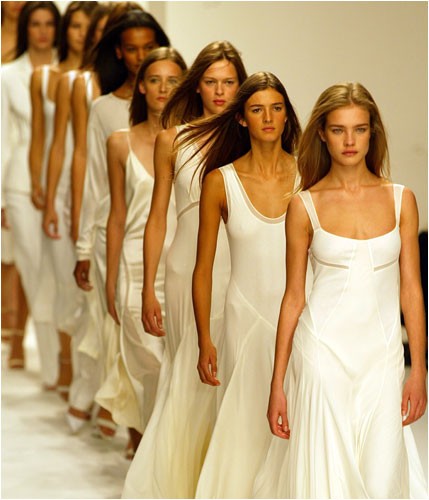 An “emergency summit” will take place next year in London to tackle the “blatant racism” that resides in the fashion industry, and in particular, the dearth of black models gracing the catwalks of international fashion shows.

Dee Doocey, former managing director of an international fashion company and now a British Liberal Democrat spokesperson who is organising the summit, believes that the fashion world “desperately needs to face underlying racism in the trade.” According to a recent New York Times Magazine article, the industry is not interested in black models unless they are doing a “jungle theme, in a grass skirt holding a spear.” Fashion insiders claim that there are now fewer black models seen on ramps and in fashion magazines than there were in the 1990s. This new debate has overshadowed the “Size Zero” furore, which questioned the promotion and relevance of extremely thin models.

Owen did admit that some clients do look for “Western-looking black models.” American model agent Bethann Hardison says: “Image-makers do not have an eye to define black beauty.” A British editor for a women’s supplement, Adenike Adenitire, concurs: “The black models you see here in the United Kingdom have features that are less ethnic, and more ‘anglicised’.”

Historically, the wife of dressmaker Charles Worth, who is credited for introducing the concept of the fashion show, is considered the first fashion model. In 1852, Worth used his wife, Marie Vemet, as a mannequin to present his new creations to the French aristocracy in Paris. The status of models in society changed radically in 1924, when Jean Patou used American women to model his new line of clothing in the US so that the American market could identify more easily with his fashion creations.

French designer Christian Dior caused an outrage in the late 1950s when he used a new petite, dark model, Victorie, which symbolically reflected a shift in fashion consumerism for prêt-a-porte (ready-to-wear) garments. Dior wanted his model to represent his clientele so that they could easily relate to her and thereby respond positively to his creations. Which makes one wonder: would contemporary consumers identify more with white than with ethnic models, be they black, Asian or Hispanic?

In the past, lanky white models represented glamour and desire, and as two-legged economic drivers of consumable fashion, this image continues to dominate the industry. Today though, the traditional Western model is facing competition from Eastern European women who, according to one fashion observer, are “ultra-white, blond and skinny … there are not many dark-skinned Eastern European models.”

Editors, designers, modeling agencies and consumers are blamed for the scarcity of black models on international catwalks and in fashion magazines. Supermodel Naomi Campbell says fashion magazines have “sidelined black beauty.” The British edition of Vogue has not shown a black model on its cover since featuring Campbell herself in 2002. The Elite modeling agency, which discovered her, claims that the market dictates the usage of ethnic models.

Lisa-Jane Owen says that current industry trends do influence which models will be used, and white models are not always favoured. “The decision process at castings for photo-shoots and fashion shows results in many models of all races being rejected … this is an industry of rejection.”

While the debate about the lack of black models in today’s industry grows, during the dark days of apartheid, a few black South African models flourished internationally and locally. Nakedi Ribane took part in the 1978 London Collections. Pearl Jansen from the Cape Flats was the first runner-up in the 1970 Miss World Contest, while her white counterpart Jillian Jessup – South Africa had two entrants – came fifth.

Today, male and female black South African models are active on ramps and magazine covers far and wide. Perhaps the organisers of next year’s “emergency summit” should look to South Africa as an exemplar of a fashion industry that celebrates the richness of race and gender, in a way that delights human beings everywhere. 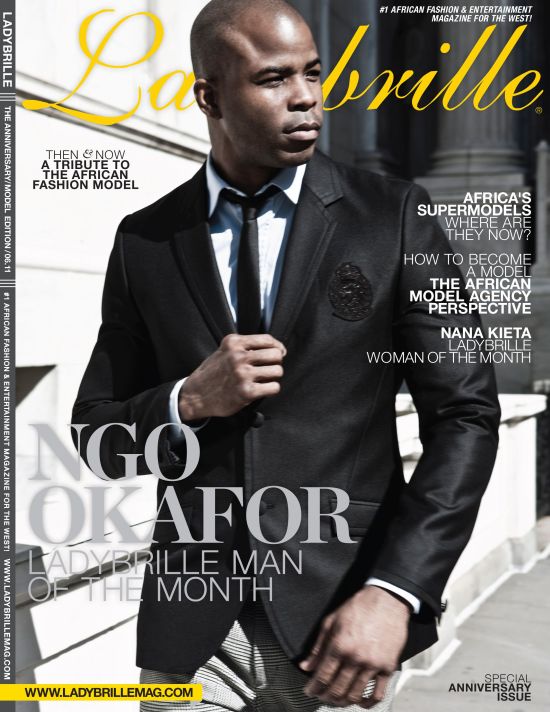 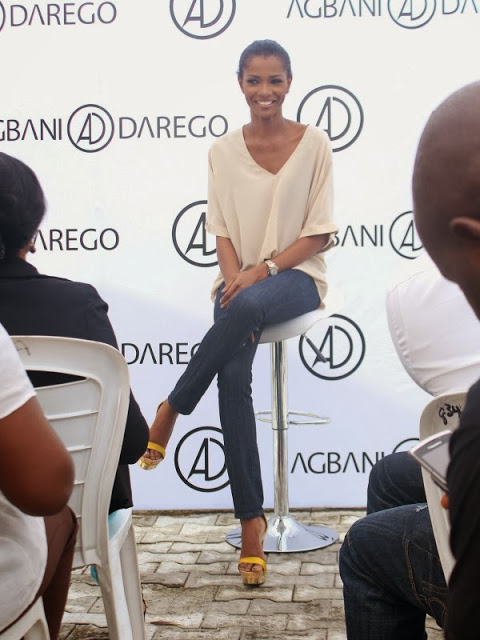