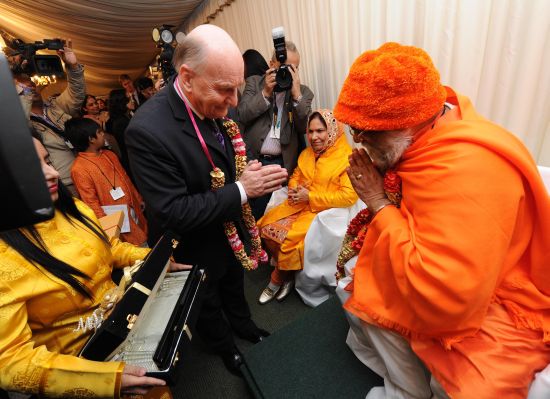 The House of Commons yesterday played host to one of India’s greatest spiritual leaders, as His Holiness Brahmrishi Shree Kumar Swamiji, was honoured by politicians, campaigners and his peers today.

His Holiness Brahmrishi Shree Kumar Swamiji has dedicated his whole life to freeing the world of suffering and misery and his vision for society is continually being delivered by his Trust – Bhagwan Shree Lakshmi Narayan Dham’, one of the world’s largest spiritual organizations. His efforts in improving human welfare for people of all faiths and religions have inspired millions. 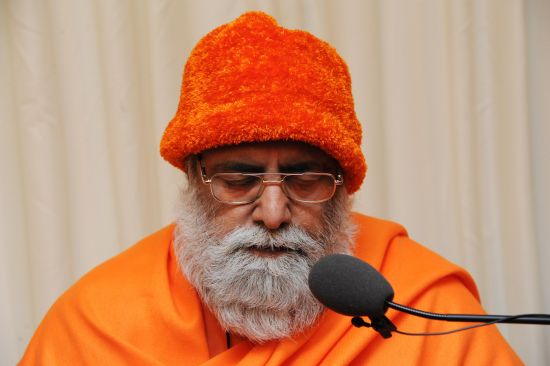 During the reception, His Holiness was presented with citations and Awards from various organizations for the Humanitarian work that he is doing, including:

The highly acclaimed Ambassador of Peace Award by the Universal Peace Federation. The award is presented to individuals whose lives exemplify the ideal of living for the sake of others, and who dedicate themselves to practices which promote universal moral values, strong family life, inter-religious cooperation, international harmony, renewal of the United Nations and the establishment of a culture of peace.

The Mahaveer Award by The Young Indian Vegetarians Society in recognition of His Holiness’ vegetarian lifestyle and compassion towards all living beings.
T
he Humanitarian Award presented by the Asian Welfare Association, which is presented to one individual each year for their outstanding contribution to social welfare and being a role model to others.

His Holiness also received citations from a number of MPs including Rt Hon Stephen Timms MP, Rt Hon Virendra Sharma MP and Rt Hon Stephen Pound MP as well as a host of Community organisations and faith groups, reflecting His Holiness’s immense respect of all faiths and cultures.

On receiving his awards and citations His Holiness said:

“This honour is not just for a single person, but for the whole world and the ancient tradition of the East. More than that, this is the honour for all the faithful believers of all the World religions such as Hinduism, Islam, Sikhism, Christianity, Buddhism, Jainism, Zorastrian. This historical honour is not for a single person but for all the Nations and their various cultures. This honour in fact is the honour of entire humanity. This felicitation has once more brought the greatness and humility of Great Britain before the whole World.”

The event also marked the official launch of the Bhagwan Shree Lakshami Narayan Dham UK’s Annual Day to be known as -“Brahmrishi Shree Kumar Swami Day” dedicated in honour of the interfaith, charity and volunteering work that His HolinessBrahmrishi Shree Kumar Swamiji embodies. On this day each year, all followers in the UK will perform selfless voluntary acts of kindness and public service and do something positive that makes a meaningful difference to someone else’s quality of life, happiness and prosperity, by sacrificing their time without any gain or reward. They will be encouraged to engage in various volunteering projects to help out in charitable organisations, schools, old people’s homes, hospitals, hospices and in particular consider giving blood or joining the organ donor register.

Commenting on the event and his meeting with His Holiness, Stephen Timms MP commented: “Faith organisations across the country are making a positive contribution in communities across the UK, and I welcome the opportunity this event presents to bring them together. I am glad to have been able to help to sponsor it. It has been a pleasure to meet with His Holiness and learn more about the valuable impact of his humanitarian work.