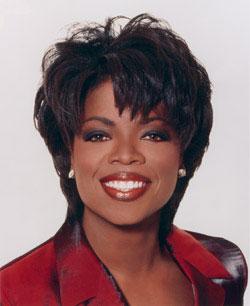 “It has been a stellar ride: 25 years of nonstop No. 1 TV ratings, history-making interviews, toppling the competition, confounding the pundits, paving the way and proving, in the end, that real power in television resided in the singular force of one Oprah Winfrey during these past 2½ decades.

Now, as she comes into the home stretch, ending her winning run on daytime television on May 25 and moving on to run her own television network, it is worth noting how this powerhouse, the household name we have come to know simply as Oprah, transformed the world of television media almost single-handedly in the space of a generation.

I first met Oprah in 1986 at the starting gate of the ratings race. Her local Chicago TV talk show was about to go national, taking on the formidable Phil Donahue, whose national, Chicago-based TV talk show had been No. 1 in the daytime ratings for just about forever.

Oprah was in New York to host Saturday Night Live. I was in her hotel suite to interview her for an Essence magazine cover story. She was not a happy camper. Lorne Michaels, SNL’s producer, wanted her to open the show with a skit in which she portrayed Aunt Jemima about to get laid off from the pancake company. She rolled her eyes as she told me this.

It wasn’t the first or certainly the last time that Oprah would have to confront the kind of black stereotypes that always make some white people comfortable. Later that night the show’s skit opened with Oprah getting into an argument with Michaels over the Aunt Jemima idea. She put him in a hammerlock, dragged him in front of the television camera and yelled, “Live from New York! It’s Saturday Night!”

Score 1 for the Mighty O.

Future victories came just as swift and sure. In less than a year, Oprah’s show overtook Donahue’s in the ratings. She ran him out of Chicago, then finally off the air. I remember Lillian Smith, a black senior producer on Donahue, telling me when she first saw those early Oprah shows: “I used to tell Phil, ‘You think you don’t have to worry about Oprah Winfrey because she’s black and fat. Well, let me tell you, Phil, you need to worry.”

By the time Oprah invited Donahue, along with Sally Jessy Raphael, Geraldo Rivera, Ricki Lake and Montel Williams, to appear together on her show during this final season, she had proved just how worrisome a black, fat woman can be. She alone among these talk-show hosts still had her original show after 25 years, and was still No. 1 in the ratings. . .” The Roots Audrey Edwards has the full story.