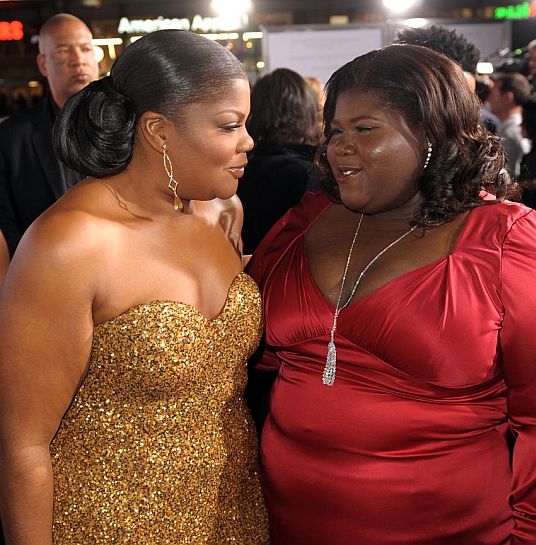 GABOUREY “Gabby” SIDIBE was born in the Bedford Stuyvesant section of Brooklyn in 1983 to R&B/Gospel singer Alice Tan Ridley, and Ibnou Sidibe, a cab driver from Senegal. After her parents separated, Gabby was raised in Harlem by her mother who supported the family by teaching Special Ed and by singing in the subway.

A graduate of Washington Irving High School, Gabby was pursuing a degree in psychology at Mercy College and working as a telephone company customer service representative when she decided to try out for the title role in the movie Precious. Her audition so wowed director Lee Daniels that he had no hesitation about picking her over the 400 other actresses answering the casting call.

Here, Gabby talks about the film and her critically-acclaimed performance, both of which have Hollywood humming with early Oscar buzz.

LADYBRILLEmag.com: Hi Gabby, I loved the film and was blown away by your performance. .
Gabby Sidibe: Thank you!

LADYBRILLEmag.com: Tell me a little about your background.
GS: My dad’s from Senegal, and my mom’s from Georgia. But oddly, her roots trace back to Senegal, too. I was born in Bed-Stuy, and I lived there until right before I turned 8. That’s when we moved to Harlem.

LADYBRILLEmag.com: Do you know where Medgar Evers College is in Bed-Stuy?
GS: Yeah. My mom went to Medgar Evers.

LADYBRILLEmag.com: What a coincidence! That’s where I went to high school before it was turned into a college. Where did you go to high school?
GS: I attended Washington Irving High School.

LADYBRILLEmag.com: Another coincidence, that’s where my mother went.
GS: Really?

LADYBRILLEmag.com: Yep. What interested you in auditioning for the role of Precious?
GS: I’m not sure I had a serious interest. To be honest, my mom had told me to go audition for the part. In a weird way, I think I just kind of ended up there. Just the thought that I could be in the film was really, really interesting. I guess that’s part of the reason why I auditioned. But I auditioned with the absolute belief that I wasn’t going to get it.

LADYBRILLEmag.com: Lee told me that he had to audition over 400 actresses before he found you, and that the role of Precious was the most challenging one to fill. What do you think sold him on you?
GS: He said that he saw a lot of girls who were just like Precious, and that the difference with me was that I wasn’t anything like her, and that I was obviously acting. He didn’t want to be seen as possibly exploiting a girl similar to Precious, so I think that played a part in his decision, along with my giving a really good audition.

LADYBRILLEmag.com: What was it like acting opposite big stars like Mariah Carey and Lenny Kravitz?
GS: It was amazing! I felt very fortunate to get to work around people that I idolized.

LADYBRILLEmag.com: Did they live up to your expectations?
GS: As it turned out, every one of them was so much more awesome than I expected.

LADYBRILLEmag.com: And how’d you like being directed by Lee?
GS: Lee is just adorable, cute and so much fun! He’s a disarming genius with a very creative mind.

LADYBRILLEmag.com: Is there any question no one ever asks you, that you wish someone would?
GS: No one’s ever asked if I like peanut butter and jelly sandwiches.

LADYBRILLEmag.com: Okay, do you like peanut butter and jelly sandwiches?
GS: Yep.

LADYBRILLEmag.com: The Tasha Smith question: Are you ever afraid?
GS: [Chuckles] Yeah, I’m afraid of a lot of stuff, although I’m not really the nervous type. Like, I want to see the movie Paranormal Activity, but I’m afraid to go because I’ll believe it’s real. [Laughs]

LADYBRILLEmag.com: The Teri Emerson question: When was the last time you had a good laugh?
GS: Earlier today, after reading to grammar school students with Paula Patton and Mariah. As we were leaving, a little girl yelled at me from across the schoolyard, “Gabby, I saw you on Ellen. You’re a really good dancer.” I thought it was just the cutest thing how she was so excited. That made me laugh pretty hard, and I’ve been doing impressions of her all day.”

LADYBRILLEmag.com: The bookworm Troy Johnson question: What was the last book you read?
GS: “Addicted” by Zane.

LADYBRILLEmag.com: I met Zane on a party aboard a boat recently. She’s really nice.
GS: Oh, I bet she is.

LADYBRILLEmag.com: The music maven Heather Covington question: What music are you listening to nowadays?
GS: At the moment, I’m listening to a lot of R&B. I really like Trey Songz. I also like Lady GaGa a lot. She certainly helps on car rides when I’m on my way to an interview or a photo shoot. I listen to a lot of what’s on the radio. I’m afraid I don’t stray away from the popular.

LADYBRILLEmag.com: When you look in the mirror, what do you see?
GS: Ooh! I see myself! Usually, I’m really happy with what I see when I look at myself. I look into the mirror and I give myself pep talks, and coach myself to make it through the day, which isn’t hard to do. I congratulate myself for making it this far in life and for being the person I want to be.

LADYBRILLEmag.com: What is your favorite dish to cook?
GS: There’s this weird thing that I’ve been doing lately. I live with roommates who are all boys, and if I ever do cook, it’s usually Top Ramen. Isn’t that terrible? [Laughs] I’ll add an egg to it, or maybe hamburger meat, and peas, or corn, or broccoli to go with it. But Top Ramen is pretty much always the starch dish. I like to tell people I’m a good cook, but I’m probably not. Sometimes, I make breakfast for everyone, and my roommates say they like it, but I’m not sure.

LADYBRILLEmag.com: The Flex Alexander question: How do you get through the tough times?
GS: By counting my blessings.

LADYBRILLEmag.com: The Mike Pittman question: Who was your best friend in childhood?
GS: My best friend still is Crystal Hawthorne. She and I met in the 5th grade, and we’ve been best friends ever since. I have an endless amount of memories with her, and I know for sure that she’ll always be there for me.

LADYBRILLEmag.com: Lester Chisholm asks, why did you agree to portray this role?
GS: The short answer is to get out of college. [Giggles]

LADYBRILLEmag.com: Laz Lyles asks, when did all of this become real for you? When did it hit you that Precious was really taking off?
GS: I try to not let it become real to me. Because whatever state I’m in right now, is the best feeling ever. It doesn’t feel real to me. What does feel real is when people who’ve seen the film, like at the premiere the other day, come up to me and thank me. I don’t feel like I’ve done a service, but I appreciate that they think I’ve given them something. And then I’ll see Will Smith walk by and it becomes unreal again.

LADYBRILLEMag.com: Laz also asks, was there a kind of kinship among all the actors?
GS: Yes, we absolutely loved each other. I certainly had the best time of my life making some great relationships while filming this movie.

LADYBRILLEmag.com: Carmela Reimers asks: where does your happiness come from?
GS: From naps, sushi and watching “Oz.”

LADYBRILLEmag.com: Carmela has a follow-up. How do you think this sudden success will influence your future?
GS: I don’t know. I hope positively. I hope I can continue to act. I hope that I’ve shown Hollywood that even though I’m not blonde or a size 2, I’m still worthy of carrying a film.

LADYBRILLEmag.com: Carmela’s final question is, do you intend to pass on your good fortune? And by that she doesn’t mean money.
GS: That’s cool, because I have no money. I absolutely do intend to. First of all, I have younger sisters. It’s amazing for me to be able to show them that someone from our neighborhood can achieve anything.

LADYBRILLEmag.com: Children’s book author Irene Smalls was curious about what kind of internal emotional resources came into play when you created the character of Precious?
GS: Compassion. I had a lot of compassion for the character.

LADYBRILLEmag.com: Attorney Bernadette was wondering whether you read the book before reading the script.
GS: Yes, I read it about 4 years prior, and it split me open, emotionally.

LADYBRILLEmag.com: Bernadette asks if you think your studying psychology impacted your performance.
GS: I hope so. I hope I got something out of those 4 years I spent in college. I had read some books about the anatomy of a victim, and I certainly tried to carry that knowledge into Precious.

LADYBRILLEmag.com: Reverend Florine Thompson asks, how did you prepare spiritually to do this role?
GS: We prayed every day on the set. And I even prayed alone by myself during every moment of downtime on the set. I was actually on the worship team at my church, but had to take a leave of absence while making the film.

LADYBRILLEmag.com: What is your long-term career goal?
GS: [Laughs] My goal is just to have a career. I hope to be able to do a lot of different types of films. To do a comedy, to play a romantic lead, and to do a lot of other different things.

LADYBRILLEmag.com: The good Reverend’s last question is: what is your source of inspiration?
GS: A lot of times it’s music. It’s also life in general: my friends, my roommates, my mom, my family.

LADYBRILLEmag.com: Marcia Evans asks: how have you matured from making this film?
GS: [Giggles] I’m pretty much about as mature as I was before. I operate on the level of about a 19 year-old. So, I probably haven’t matured much at all, which I think helps.

LADYBRILLEmag.com: Marcia also asks whether you were emotionally affected by the role.
GS: No, what I felt most was a responsibility to tell this girl’s story the best way I could. The fact that Lee Daniels chose me spoke volumes, and I wanted to measure up to what he thought I could be.

LADYBRILLEmag.com: Marcia concludes by saying that Precious will help to heal many young women who have been abused. She asks, if you realize that you are now a voice for the unspoken?
GS: Oh, “thank you” is all I can say to that.

LADYBRILLEmag.com: How do you feel about all the Oscar buzz Precious has been getting?
GS: It’s scary, and a tad premature. I’ve never been here before, so I don’t really know what it’s like to be in an Oscar-worthy film. It’s unnerving, but I’m also so grateful that anyone would consider associating our film with an Oscar or any other award.

LADYBRILLEmag.com: Well, best of luck with Precious, and I hope to speak with you again during awards season.
GS: Thank you so much. 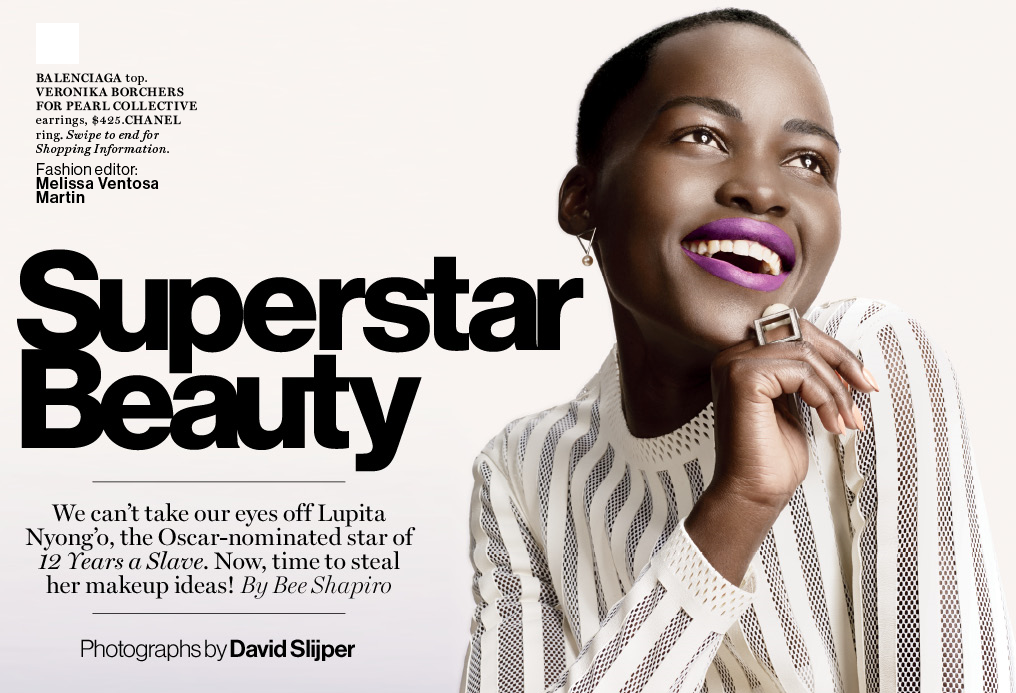 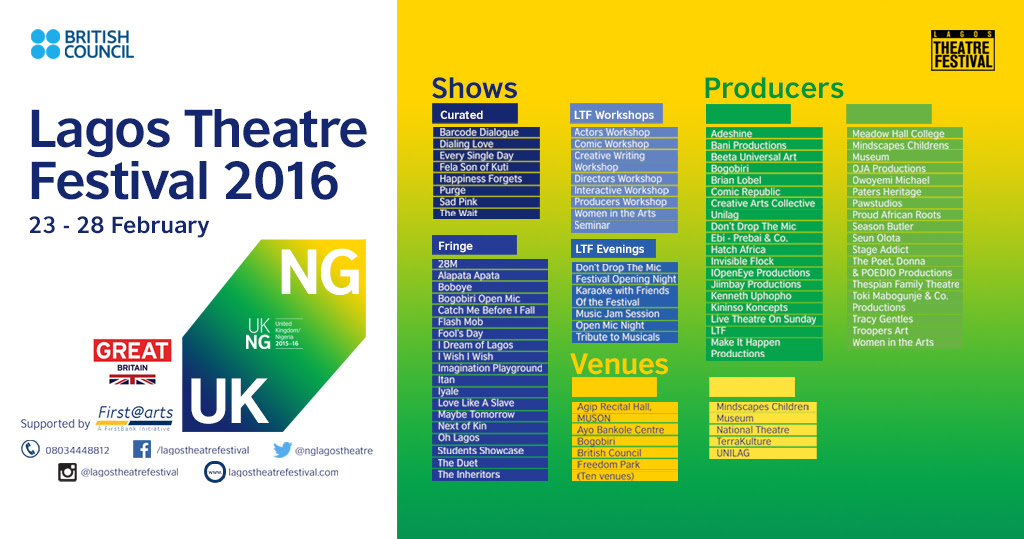 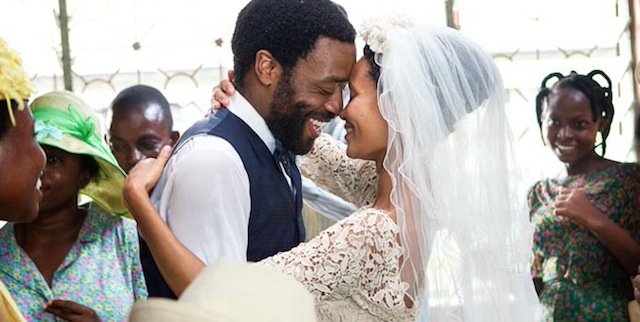 African Cinema: ‘Half of a Yellow Sun’ Film Review by Elfonnie Inokon-Anusionwu