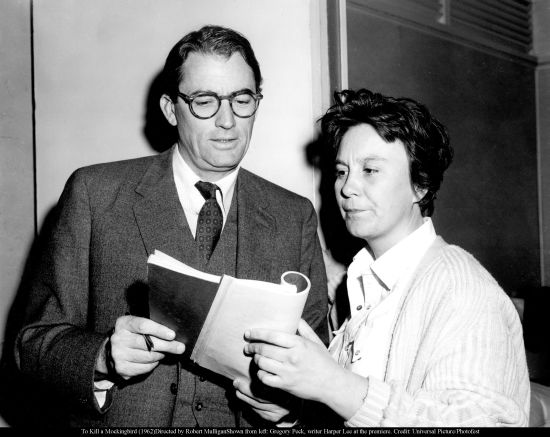 (DVD Review) In 1961, Harper Lee, an unknown white woman from a small town in Alabama, won a Pulitzer Prize for her groundbreaking novel, “To Kill a Mockingbird.” Released at the height of the African-American struggle against Jim Crow segregation, the book played a pivotal role in raising the country’s awareness of racism while simultaneously serving to shame the South about its disgraceful legacy of lynching, oppression and discrimination.

Unfortunately, Harper Lee basically became a recluse after 1964, which is when she granted her last interview with the press. She also never published another novel, which has led to considerable speculation about the reasons for her silence and for her failure to write again.

After all, she and Truman Capote had been best friends as children, and it is apparent that the characters Scout and Jem in “To Kill a Mockingbird” are based on the two of them. Their relationship would endure into adulthood, and it was even the subject of a recent bio-pic about the late Capote.

All of the above and more fascinating factoids are unearthed in Hey, Boo as intriguing a documentary as you could ever hope to encounter. Since Ms. Lee did not cooperate with the project, director Mary Murphy depended on the reflections of luminaries like Oprah, Tom Brokaw, Andrew Young Jon Meacham and Scott Turow for insight into the reasons for the very private author’s uncompromising withdrawal from the public eye.

What turns out to be perhaps most compelling is how closely “To Kill a Mockingbird” mirrors events which transpired in Ms. Lee’s own life. For instance, she was a tomboy and the same age as Scout, 6, at the time that her father, a lawyer like Atticus, was representing a black man accused of a crime he hadn’t committed.

A cinematic toast to a true American heroine, a half century after she subtly helped shape the course of history and left an indelible mark on the country’s conscience.