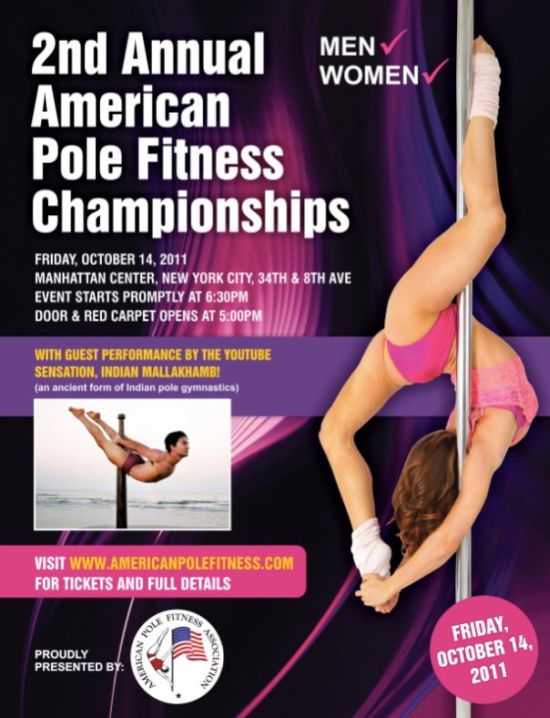 Ladybrille New Yorkers, Tinu, Ladybrille Woman of the Month September 2009, prepares for her 2nd Annual Pole Fitness Championship event. Tinu made history launching both America’s Pole Fitness Association and the Pole Spin magazine, as the first African black woman to do this, especially in a mostly white dominated industry. Ladybrillers, DON’T wait for her event to become a worldwide phenomenon before you support it. Activate your inner early adopter self and support now to earn your bragging rights in the future. Check out the details below and purchase your tickets ASAP!
—-
The 2nd Annual American Pole Fitness Championships will be held on October 14, 2011 at the Manhattan Center’s Grand Ballroom Theater, New York City. American Pole Fitness Association, (APFA) is an association established to educate and promote the art and sport of pole fitness in the United States and abroad.

APFA is working towards achieving broad demographic & national recognition for pole fitness as a mainstream sport, focusing attentions on the physical skills, gravity-defying technical abilities, poise, grace and elegance of performers of both genders.

The American Pole Fitness Championships will include 7 men and 7 women of the nation’s best pole fitness athletes demonstrating their jaw dropping skills, strength, and stamina competing in their respective genders for the nations coveted title, American Pole Fitness Champion. The star-studded gala will be heralded by co-host Jenna Morasca of CBS TV hit series winner, Survivor and New York’s very own Comedian Mona Cooper who will be returning for the 2nd time to MC the event.

Among the guest performers are 7 kids, the future champions of pole sport, 6-13 year old pole and aerial artist from Ohio accompanied by their parents and teacher. They will dazzle the audience with their pole and acrobatic skills. It will be a first in the history of the sport normally reserved for adults. The affair is being billed as a family friendly event, welcoming kids of all ages.

The APFA is the brainchild of fashion model turned singer-songwriter/entrepreneur Tinu. Tinu holds a degree in Finance and Marketing from the NYU, Stern School of Business. She is the publisher of the highly successful glossy magazine, Pole Spin, dedicated to the sport worldwide and the first and only to gain national and international retail distribution for the publication, available at such prominent retail outlets such as Barnes & Nobles bookstores. She is working on releasing her first book for Facebook.com/Shoeholics by November 15, 2011 and a shoe themed print magazine for Shoeholics Club, a shoe addict networking website, set to launch during the first week of October, 2011.

The Championship will be held on October 14, 2011 at the Manhattan Center, located at 311 West 34th Street (between 8th and 9th Avenues). Tickets are available for purchase on the American Pole Fitness website www.americanpolefitness/ticket.

The Village Voice recently teamed up with the association as a media sponsor of the championship.

For any press related inquiries and for Press passes to attend the event please contact Jasmine Dale, Executive Assistant or Tinu the founder and organizer at 917-749-2732 [email protected]

EVENT: The November Edition of Le Petit Marche is this Sunday at the Get Arena 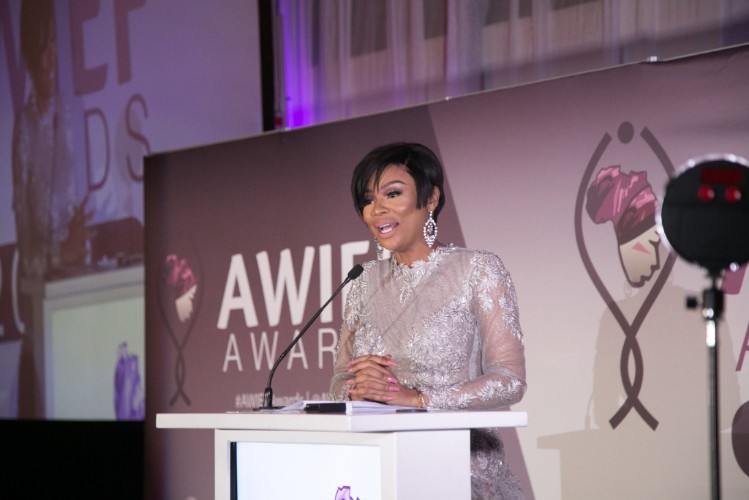