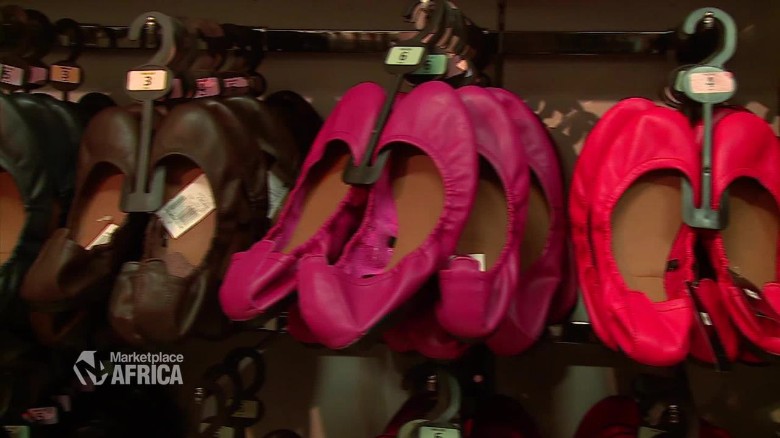 “Simple slip-ons have been the secret ingredient in Rachmat Thomas’ success story. The fashion entrepreneur’s shoe factory used to employ 90 people, but these days demand from South Africa’s largest apparel retailers is so high, she needs the skills of 300 workers.

When she started the company in 2005, the team produced 600 pairs of shoes a day. As demand declined, Thomas had to lay off some workers to deal with overhead costs.

Refusing to give up, Thomas approached the Woolworths chain and secured a contract in 2010 to produce 5000 pairs of shoes. Since then, demand has shot up.

“Now we are now currently delivering 13 to 14 thousand pairs [of shoes] per week,” Thomas says, proudly.”

CNN has the full story and video.