The Boko Haram story continues to haunt our country, Nigeria. As the boko haram terrorist movement grows, reacting to it becomes increasingly costly both in terms of money and the loss of human lives. To be very honest with you, everyone including we in security are becoming worried about their growing menace.

Following my return from the USA, after attending a global security conference in Las Vegas, as a security company we at Damog Guards have decided to intensify our fight against this growing boko haram menace. And our chosen weapon is public awareness.

As I have always emphasized in all my security writings; the best form of security is prevention. And the best way of preventing danger, crime or risk is to be informed and prepared.

The boko haram terrorist movement is succeeding in their spread of fear all over our country Nigeria and the only way to equip ourselves as citizens in ensuring our safety against them is this; to arm ourselves with adequate information that will further aid our preparation against them.

Most people have no real understanding of the concept of terrorism except that it generates fear as a consequence of some deplorable deed. Our best chance of overcoming this terror is to improve our general understanding of this terror. As the popular Sun Tzu stated in his legendary book “the art of war”; to conquer your enemy, you must first understand him.

This is the second article in our boko haram security tips series. In the first article, I shared 11 bomb prevention tips for public and private safety. In this article, ‘terrorism 101’, I will be unveiling the mystery behind terrorism. After reading this, I encourage you to share it with as many people as you come across. This is our motherland, and no terrorist organization will take it from us. This is our fight; together we must STAND if we are to come out victorious!

Unveiling The Mystery Of Terrorism

DEFINITION – what is terrorism?

Terrorism is defined as a violent criminal act usually committed for political or religious purposes with the intent to spread fear and intimidation to the noninvolved citizenry.

Unlike several other criminal acts, the purpose of terrorism is to terrorize.

There are 3 characteristics that distinguish true terrorism;

The first is that the terrorist must have either the means or the perceived potential for violence. Violence is the determining factor that results in terrorism. Without the capacity to instill fear through violence, terror becomes a non-factor.

The second is that there is an impartial frame of reference to the violence. The perpetrator [terrorist] must have a mental acceptance of being capable of performing the violent act. He must act coolly and without any remorse for his deed and show no hesitation whatsoever implying that the violent act is an extension of his personality, ideology and belief.

The third characteristic is perhaps what separates a mere violent criminal act from a true terrorist act. And this is that the terrorist intends to spread fear and confusion beyond the intended victim. That is; when a terrorist organization bombs a place, they don’t do it for the sake of merely hurting the victims of the bombing, they do it for the primary reason of spreading fear to everyone else around and to all those who would read, hear or watch the news of the bombing.

MOTIVE – why are people terrorists?
Men and women commit to a terrorist organization out of a deep, often fanatical, conviction that they are fighting to correct political, religious, social, economic, ideological, geopolitical or even historical wrongs. Out of their fervor to establish the perceived right order, they are willing to make any sacrifice and commit any act, regardless of its moral or legal consequences or popular acceptance.

The effectiveness or success of a terrorist attack is measured by the reactions of the people beyond the targeted victim and his immediate circle. The terrorist’s objective is to create a loss of confidence in the established order and demoralize the population, weakening its confidence in central authority by instilling fear through the use of terror. As the Late Chairman Mao, head of the Chinese Communist Party, said; “Kill One, Frighten A Thousand.”

Many terrorist organizations do not consider a mission to be a failure even if many or all participants are killed or captured. They consider themselves successful if they receive wide media coverage and the ensuing fear and panic somehow change the established order. The terrorist act would have no major significance without coverage by newspapers and television. To spread the most fear and shock, victims must feel that nothing and no one is immune [safe].

Transnational Terrorist Organizations: these are terrorist organizations that are across national borders and are personally motivated.

International Terrorist Organizations: these are well trained and well financed religious or political terrorist organizations that are causing global terrorism.

National Terrorist Organizations: these are domestic terrorist organizations within the boundaries of a particular country e.g. Boko Haram.

Weapons – what tools do they use to terrorize?

Kidnapping: this is a favourite weapon of terrorists because it serves as a two-fold tool; it is both a weapon and a fund-raiser. As a weapon, it spreads fear and intimidation. As a fund-raiser, it serves as a source of income for their terrorist activities. By this, they focus on powerful and wealthy individuals, corporate executives and other people whose kidnapping will result in payment of ransom and become news headlines.

Bombing: this is the most popular weapon of terrorism because it is cheap, easy to make, has a variety of uses and it’s difficult to detect and trace after the event. These bombs can be placed in letters, package, cars, airplanes, pipes, public buildings, restaurants, banks, government facilities, and on an individual [suicide bomber].

Guns: this is the use of all kinds of guns for assassinations.

Who – who are the terrorists?

The terrorists are usually from two major schools of thoughts [ideologies]; political and religious and fall into three major categories; crusader, criminal and crazy.

Political activist/radicals: these are right-wing ultraconservatives or a left-wing anarchist or revolutionary.

As a right-wing ultraconservative political terrorist, they believe that the individual rights of a free people take precedence over an established central government. Examples include; independent militia, neo-Nazi supremacists following a racist doctrine, antiabortionists, and eco-terrorists.

As a left-wing political anarchist, they believe that no government is better than any government.

Religious fundamentalists: these are a religious fanatic that envisions themselves as a messenger or tool of God functioning as a martyr who is willing to die for his faith and cause.

Defense – how do we protect ourselves against terrorism?

Awareness: this involves the public dissemination of relevant security information like we are doing at Damog Guards, which will further aid security planning, preparation and anticipation.

Psychological barriers: this involves the use of highly trained security officers and installing state of the art security procedures such as access control and systems.

Physical barriers: this involves the use of security doors, walls, locks and hedges. 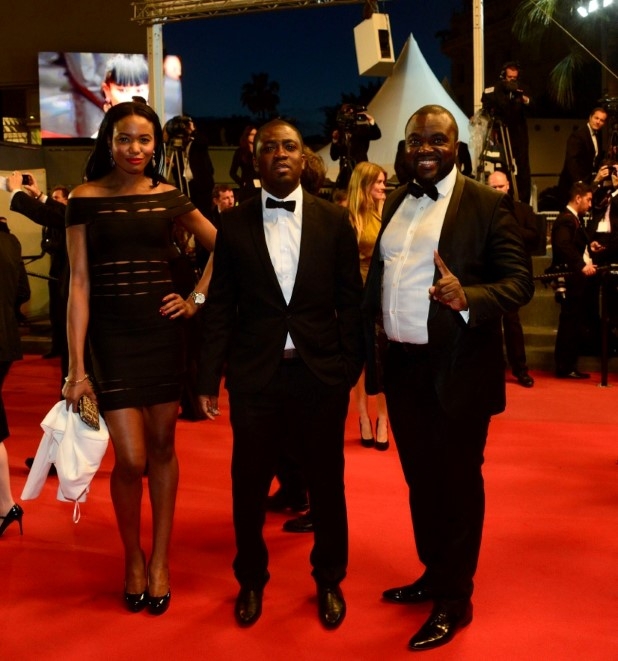 The Day Tokyo Became the Fashion Capital of the World