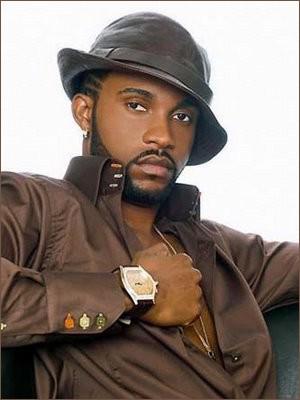 Smooth R&B artist Banky W is the first Nigerian artist booked to perform at this year’s show, while South African outfit Teargas will be representing the best of South African Hip Hop on their MAMA debut. Kenya’s Daddy Owen will make his mark as the first ever Gospel singer to perform at the MAMA Awards, showcasing the unique Gospel vibe that’s successfully made the cross-over into the mainstream music consciousness. Congolese star Fally Ipupa makes his second appearance at MAMA, after his exciting collaboration with Mozambique’s Lizha James and Uganda’s Blu3 at MAMA 2009 in Kenya.

Commented Alex Okosi, Senior Vice President & Managing Director, MTV Networks Africa, “Banky W, Teargas, Fally Ipupa and Daddy Owen are all thrilling performers that epitomize the awesome spirit and passion of contemporary African musicians. Their involvement in this year’s awards is sure to guarantee that 2010 will be the most creatively inspiring and exciting MAMA event so far.”

Commented Andre Beyers, Chief Marketing Officer, Airtel Africa, “Music in all its genres or origins strikes a chord with our continent as it provides a platform to express ourselves at each turn in our daily lives. The choice of the performers at the 2010 edition shows an excellent choice of musicians with a wide appeal in the continent.”

The “crown prince” of African R&B, Banky W is the stage name of Olubankole Wellington, whose ultra-smooth voice, writing and production skills and uncanny showmanship and dance skills have catapulted him into the contemporary music spotlight. Born in the United States to Nigerian parents, Banky moved to Nigeria, West Africa at the tender age of 5, getting access for the first time to the traditional African music and rhythms that are deeply rooted in his sound and which form the basis of huge hits such as Lagos Party and Strong Ting. Using his everyday struggles as a source of inspiration for his music, Banky has gained an army of followers around the world thanks to his heartfelt lyrics, larger-than-life presence and mesmerising live show, and has won numerous awards including the Urban Independent Music Award for R&B/Soul, The Nigerian Entertainment Award, and the highly coveted songwriting award from the John Lennon Foundation.

Charismatic South African Hip Hop trio Teargas is made up of Ntokozo “K.O.” Mdluli and two brothers: Ezee “Ma-E” Hanabe and Bantu “Ntukza” Hanabe. Five years after their critically-acclaimed debut album “K’shubile K’bovu”, Teargas is riding high on the success of their third album “Dark Or Blue”, which was released at the end of 2009, spawning a host of hit singles including “Go Away”, “Party 101” and “Mhlobo Wami” and winning them Best Rap Album at the 2010 South African Music Awards.

Fally Ipupa, nicknamed “Dicap La Merveille” (DiCaprio the marvellous) by his Congolese fans, is riding high as one of the Democratic Republic of the Congo’s most successful music exports. A silky-smooth voice, skilful songwriting skills and a larger–than-life personality that have made Ipupa a hit in Africa and on the international music scene, reaching the hearts of many with his infectious blend of soukous, ndombolo, pop and R&B.

Teargas said, “We are truly honoured and excited to be given the opportunity to perform at one of Africa’s biggest ceremonies and to reach our fans in the rest of Africa, and the world. We’d be lying if we weren’t a little nervous about being told that more than one billion people might be watching! We’re interested to see which other great African artists we’ll be collaborating with.”

The nominations for the 2010 MTV Africa Music Awards with Zain will be revealed in November 2010.

An Evening With Simphiwe Dana, the Goddess of African Cool!