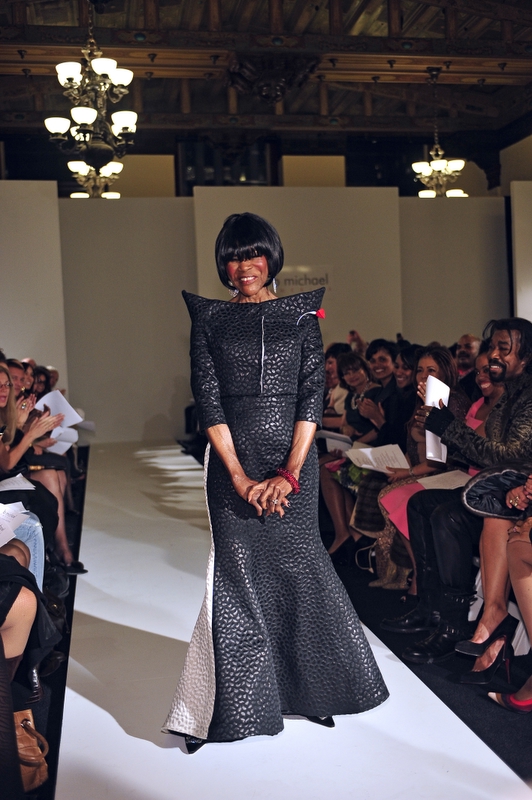 B.Michael showed his Fall/Winter 2011 Collection this past New York Fashion week at the Plaza Hotel in New York. The designer paid tribute to Rwanda with the help of Francine LeFrak by featuring SAME SKY bracelets made by women from Rwanda at his show!

Sponsored by Morgan Stanley Smith and Barney, the designer reached out to communities locally by creating awareness with “The DreamYard Action Project;” the largest arts education provider in Bronx, New York, reaching 8,500 students from grades K-12.

Of course Ladybrille Magazine wanted to know what inspired his collection. Here is some of what the designer had to say served as his inspiration for Fall/Winter 2011:

“If it is true that one’s creativity is a manifestation of their state of being, then my collection for Fall/Winter 2011/12 is about positive energy, passion for life and a ‘New Modernity’ which means a combination of the accomplishment of the 21st century threaded together with old fashion human touch and protocol. This collection is relevant for modern women who understand the New Modernity of a hand written note in lieu of an email or a telephone call and not a text. It is in the 21st century a choice for the luxury to be the New Modernity.

I am inspired to create clothes that are modern and romantic. Very ladylike dresses and suits for day . . .a nod toward the dressier. Imagine traveling in a chic day dress. . .or arriving at a meeting in a beautiful suit. I’ve heard it said many times how it once was fashion protocol to dress. One of my favorite quotes is from Josephine Premice as stated in her daughter’s memoir… “They used to dress in this town” Always Wear Joy, author Susan Fales Hill. . . ”

The beauty look was modern glamour. The hair, created by Laura Ziba with Faces Salon, Make – Up was created by Michelle Virtue for Damone Roberts New York. Jewelry provided by Joan B. Hornig Jewelry. 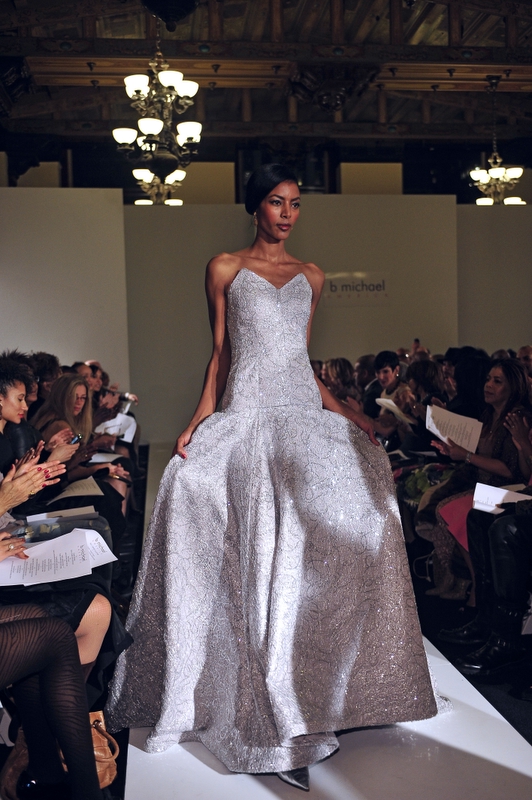