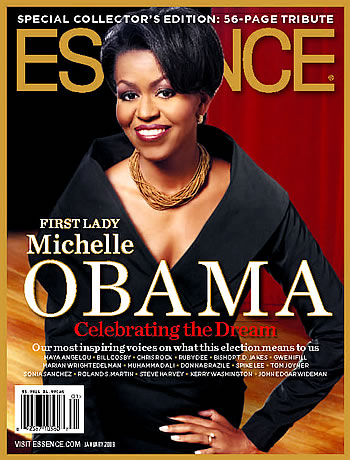 Essence magazine, a 30 year old publication targeted at African-American women hires its first White Fashion Director, Elliana Placas. The choice of a white woman is causing an uproar. Clutch Magazine, an online magazine on par with Essence with the same targeted demographic, has more of the scoop on this developing news:

“Ellianna Placas, formerly of O: The Oprah Magazine and US Weekly is said to be starting at the magazine in September, although Essence hasn’t made an official announcement. But just the speculation prompted writer Michaela angela Davis to tweet: “It is with a heavy heavy heart I have learned that Essence magazine has engaged a white fashion director, this hurts, literally, spiritually.” On Facebook, Davis wrote, “If there were balance in the industry; if we didn’t have a history of being ignored and disrespected; if more mainstream fashion media included people of color before the ONE magazine dedicated to black women ‘diversified’, it would feel different.”

Fashion media personality Najwa Moses told CLUTCH, “How could such a prestigious title who is deeply rooted in its target audience let someone who is not even apart of the African Diaspora detonate our image?” She added, “How can a White woman dictate and decide what style and beauty is for the Black woman?”

The reaction and responses makes us wonder whether race should matter? If Placas is qualified, why not? Also, are African women less focused on race than Blacks? Arise Magazine, although a new publication, has Helen Jennings (white woman) as its Editor-in-Chief yet there has been no uproar from the African community. Arise Magazine focuses on telling Black/African stories to the World. Are Black/African People the only people qualified to tell black/African stories? If a Black woman was hired as Fashion Director for any of the popular fashion/lifestyle magazines, would there be a similar uproar? We think not . . .

Visit Clutch Magazine here to read all about it.

Opinion: This Ship is Sinking, Yes – so What Do We Do? Speech Address by Chude Jideonwo at TFA 2012