Home / News / Africa’s Biggest Challenge is not the West
Share 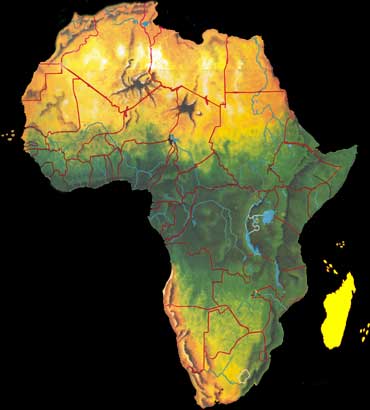 “Africa’s biggest challenge is not the West and indeed white people’s perceived ineptitude of Africans. Africa’s biggest problem is that it has been ruled by exploitative leaders, from the time the first white people arrived to the present day. People who could shine, are stifled by oppressive leaders, war, abject poverty and above all lack of real opportunity. . .

Each of these groups has had its own perspective on economic development.

You are correct, by opposing land ownership, by anyone other than the feudal state, as in the King or Queen and their family, you effectively retain power. A land owner has the capacity to trade in order to gain for his/herself, whilst a feudal peasant only has the capacity to produce for the community. In the dark ages this suited the aristocracy because they lived well and in general the people did too, relatively as in they weren’t dying, in the ideal feudal society the weak and helpless could rely on the state to a certain degree. the problem is there is only competition between rival Kings/Queens/Chiefs and little room for individually driven innovation. Circumstances aside (lack of latitude-parallel trade and knowledge sharing for example) the (lack of) innovation and progress difference between the arriving sailors and the native populations (again relative to the timing of the arrival of the first Bantu language groups) was indeed stark.”