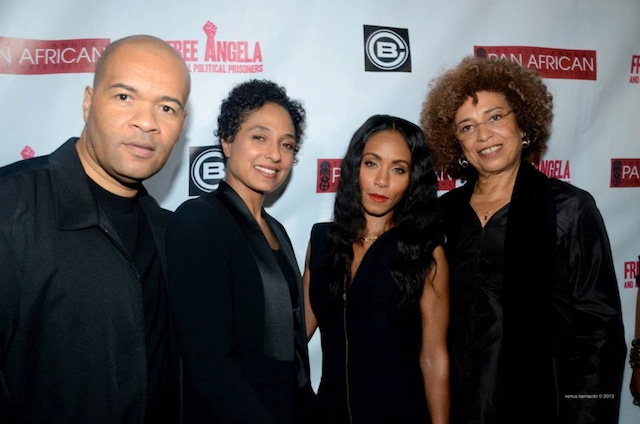 LOS ANGELES – The Pan African Film Festival (PAFF) is ready to take movie goers on a cinematic journey with international film screenings from around the globe with the announcement of its call for submissions. The 22nd annual PAFF will be held on February 6-17, 2014 in Los Angeles. The film festival is the nation’s largest and most prestigious Black film festival. Over the years, it has showcased films from all parts of the world, representing such countries as Angola, Austria, England, Bermuda, Canada, Egypt, Ethiopia, Brazil, Kenya, Mexico, South Africa, Nigeria, and of course, the United States. With the pulse on the international film market, PAFF has opened the minds of its audiences, and transported them to lands far away and back home again. “Over the years, the filmmakers from around the world have become more sophisticated in telling their stories,” says Asantewa Olatunji, the director of programming for PAFF.

This week, PAFF kicks off a three-day film series at the National Black Arts Festival (NBAF). The PAFF film series will take place July 18-20, 2013 at the Southwest Arts Center in Atlanta. From its vaults, PAFF will present 18 films as a part of NBAF’s 25th anniversary.

This year, PAFF has been feted with several awards, including a Lifetime Achievement Awards from the African Movie Academy Awards (AMAA) and the first ever Special Achievement Award in the Film Festival Category by African American Film Critics Association (AAFCA) for its contribution to cinematic arts. In February, the festival screened a total of 154 films, representing 34 countries — that is, 23 documentaries, 13 short documentaries, 67 narrative features, and 51 narrative shorts.
Currently, PAFF is accepting submissions of independent features, shorts, narratives and documentary films made by or about people of African descent. Applications are available via the PAFF website at www.paff.org, by emailing ao@paff.org or calling (310) 337-4737.

ELIGIBILITY:
The PAFF is currently accepting applications for films and videos made by and/or about people of African descent. (Please note: the filmmaker(s) need not be of African or African American descent.) Films should preferably depict positive and realistic images and can be of any genre — drama, comedy, horror, adventure, animation, romance, science fiction, experimental, etc. PAFF accepts features and shorts both narrative and documentary. The film festival will accept submissions of works in progress; however, the final version of the film must be completed no later than January 2, 2014.

ABOUT THE PAN AFRICAN FILM FESTIVAL
Gearing up for its 22nd anniversary, the Pan African Film and Arts Festival (PAFF), is America’s largest and most prestigious Black film and arts festival. Each year, it screens more than 150 films made by and/or about people of African descent from the United States, Africa, the Caribbean, South America, the South Pacific, Latin America, Europe and Canada. PAFF holds the distinction of being the largest Black History Month event in the country.