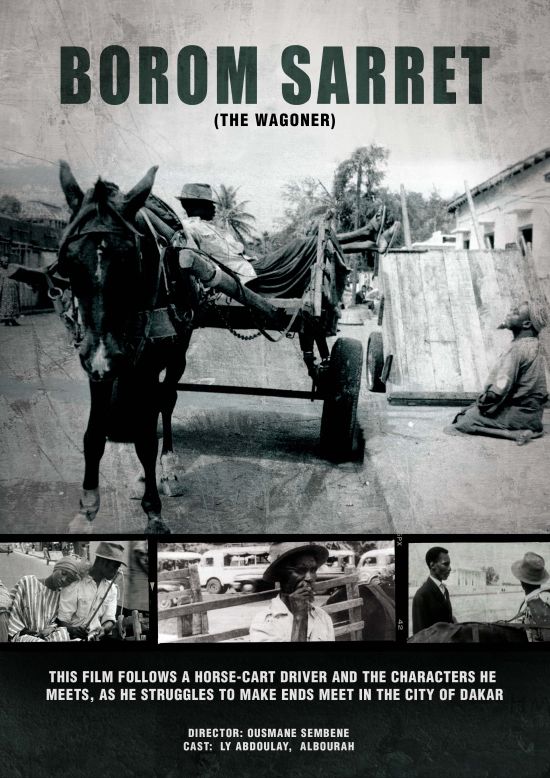 Movie lovers in the U.S. and Canada can now view top award-winning African films online via the African Film Library (AFL) at www.africanfilmlibrary.com. M-Net, the South African-based corporate broadcaster, producer and distributor has launched this unprecedented collection as a way to help cinephiles and members of the African Diaspora have a direct and affordable link to films being made in and about the often misunderstood continent—now regularly in the news—through the video on demand (VOD) service. It also provides African filmmakers a brand new distribution channel for their works. I am writing to see if you can do a piece on the AFL.

A highlight of African Film Library’s collection—which launches with 110 titles with another nearly 600 to come—is the work of Ousmane Sembène, the filmmaker known as the “Father of African Cinema.” Offering a mix of genres from drama to comedy to musical to sci-fi, narratives and documentaries, the AFL offers films for rental via digital download for $5.00 per movie. Viewers can then watch the film multiple times within a 36-hour period.

A few trailers are below:

Photos of posters from a couple of Sembène’s films are attached. Please let me know if we can work together on a piece or interview.

AFRICAN CINEMA EXPLODES ON THE WEB

Centerpiece of Award-Winning African Film Collection Is
the Work of Ousmane Sembène, the “Father of African Cinema”

NEW YORK (March (26th) , 2012)—As the democratic process in Africa grows momentum and the people express their will, news from the Continent continues to dominate the headlines. The people are increasingly challenging the status quo, their efforts recalling the works and philosophy of the late author and director Ousmane Sembène, known as the “Father of African Cinema.” Sembène’s life work was designed to get Africans to reject deeply embedded colonial views of themselves and to recognize their collective power to solve Africa’s problems. Now his films, and those of other award-winning directors, will be available for rental through digital download as Electronic Media Network (M-Net), the South African-based corporate broadcaster, producer and distributor, launches the largest-ever collection of award-winning African cinema content, the African Film Library. The Video On Demand (VOD) collection at www.africanfilmlibrary.com will provide film lovers around the world with easy and affordable access through digital download to 110 films from some of the most creative minds in the industry, while providing African filmmakers a much-needed global distribution platform.

The African Film Library’s premiere will be marked by the online release of 14 films by or about Sembène. A native of the West African nation of Senegal, Sembène was first a celebrated novelist; the Los Angeles Times called him one of Africa’s greatest authors. At 40, yearning to inspire social change and to reach a wider audience in Africa, he directed the first film by a sub-Saharan African, the 1963 short Borom Sarret (The Wagoner). The auteur went on to direct many feature films, cinematic works meant to help Africans liberate themselves from mental yolks that lingered long after independence from colonial rule and to urge collective action in overcoming societal ills. “Africa must get beyond deriving everything from the European view. Africa must consider itself, recognize its problems, and attempt to resolve them,” said Sembène.

One of the oldest film industries in the world, African cinema—which began with Ain el Ghezel (The Girl of Carthage), the 1924 Tunisian film by Chemama Chikly—has long been overlooked by those outside the continent as being limited to educational, documentary-style productions. The programming available through the African Film Library, however, dispels this myth with a mélange of short and feature films spanning the genres of comedy, drama, musical and sci-fi, both narrative and documentary.

Offerings include such cinematic treasures as Raoul Peck’s acclaimed political drama Lumumba (2000), one of the most incisive African political dramas of all time; and the films of Senegalese filmmaker Moussa Sene Absa, winner of several prestigious international awards in African cinema for his films Madame Brouette and Tableau Ferraille. The film Hyenas, Djibril Diop Mambéty’s provocative work, acclaimed as one the most visually ravishing African films ever made, as well as Jom: Story of a People and Kodou, both by the great Senegalese cineaste Ababacar Samb, are also among the many films now available online as part of the collection.

Films in the African Film Library come in a variety of languages, including Wolof, Zulu and other African tongues and dialects, as well as Arabic, French, English and Portuguese; non-English films have English subtitles.

“This online movie rental program is a wonderful and unique opportunity for members of the African Diaspora as well as film and African culture lovers to experience the richness that the Continent has to offer,” said Mike Dearham, curator of the African Film Library and head of sales and library acquisitions at M-Net. “We are honored to be able to release the African Film Library with such a large bulk of the great work of Sembène as well as other notable African cinematic works from established and emerging voices in African film.”

M-Net has negotiated the rights to around 700 works. The launch is the culmination of a project which began more than three years ago and has seen the digitization and restoration of the continent’s finest cinematic titles.

Film rentals are $5.00 per movie and can be accessed by registering and purchasing credits at www.africanfilmlibrary.com. Users are then able to watch the film multiple times within a 36-hour period.