The protesters will gather at the Archbishop Vining Memorial Anglican Church car park that morning at 11am, and march to Alausa. “The governor’s office has already been notified about this as well as the authorities of the Nigerian police force,” said Adebola Williams, who is one of the rally’s coordinators.

“The Lagos leg of the ENOUGHISENOUGH Nigeria protests is coming a month after the historic protest rally of Tuesday the 16th of March 2010, that saw hundreds of young people engage in a standoff with armed policemen deployed by the authorities of the National Assembly in Abuja to prevent them from gaining access to the leadership of the Assembly,” said ‘Gbenga Sesan, ED of Paradigm Initiative Nigeria, who is also one of the coordinators. “That rally made the headlines on print and electronic national media and was covered by leading international news organizations, including the CNN and AFP, and we are not about to stop.”

Joining the young people at the Abuja rally was a slew of prominent Nigerians including Omotola Jalade-Ekeinde, Stella Damascus, Omawumi Megbele, Peace Fiberesima, Charly Boy, the Rooftop MCs, amongst others. “Some people have asked why are we marching in Lagos and we say why not? The move for change by young people across the country doesn’t end in Abuja ,” said Stella Damascus, one of the leaders of the movement. “Governor Fashola might be doing well, but this is beyond him; this is about a system and this is about making a statement. We are not just going there to complain. We are going to send a strong message through him and through the media that in 2011, we are mobilising millions of young people to register, to vote and to protect their votes. Because that really is the solution to most of our problems: If people have control over who is in power, those in power will begin to respond to the people’s needs and demands.”

Excerpts of the demand for the Lagos rally are:
(a) Electoral Reform: “We demand that the Uwais Panel Report on Electoral Reform be adopted as is, as they present the clearest path towards transparent and corruption-free elections.”
(b) Corruption: “There are littered across the country, corruption cases involving key ministries – from power to petroleum – parastatals and those held in cahoots with members of Corporate Nigeria. The government must show its seriousness in prosecuting these alleged corrupt practices and showing to Nigerians seriousness in solving the problem of graft.”
(c) Security: “We demand a complete overhaul of the country’s security apparatuses and that all the public officials who were responsible for the breakdown in Jos should be, as a matter of urgency, removed.”
(d) Electricity: “6,000 megawatts will not solve the electricity problems of Nigeria , but it’s a good start. Nigerians desperately and urgently need power for the industrial and production centres. We are extending our ultimatum to the federal government – until the end of April – for it to present this plan to the people. If not, we shall target the ministry of power specifically for protest. This promise is not to be taken lightly.”

“ENOUGHISENOUGH Nigeria also wishes to send out a clear message to all Nigerians, and especially those in the corridors of power, that its quest to effect transformation in Nigeria will not be restricted to rallies and public protests alone,” Audu Maikori, the CEO of Chocolate City, said about the strategy to be used by the coalition. “We have a unique opportunity to change Nigeria through the power of our numbers, resolve and collective anger in 2011. We will register enmasse, turn out to vote in our millions, post live updates (pictures, SMS, video, etc) from the voting centres, wait until the winner is announced and confirm that the results are accurate. This is the election in which young people will shock the status quo. Any politician who tries to rig the 2011 elections will be shocked. Enough is indeed enough.”

Give Mom this Sage Rain Fall Earrings by Amisha for Mother’s Day! 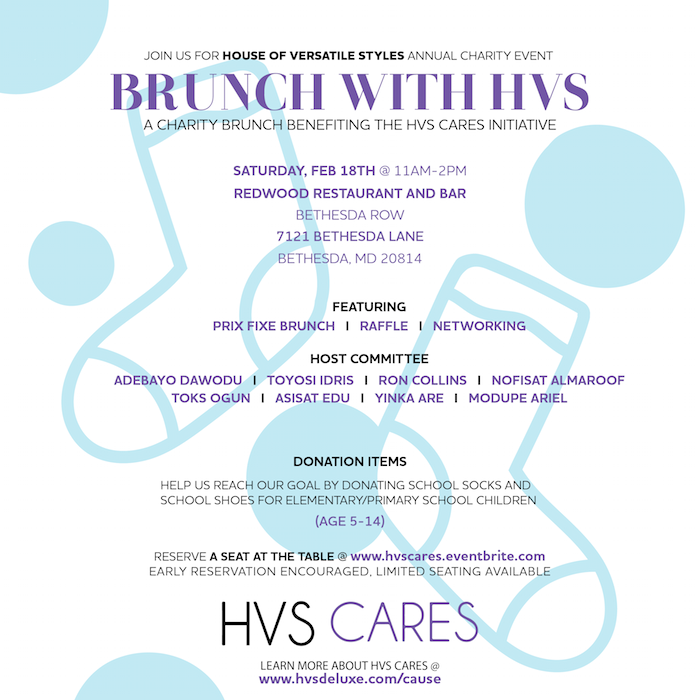