Talented artist EVA D’DIVA kicks off our Monday with both an inspirational story of her journey through music and her latest song “God Hand.”

“EVA D’DIVA a.k.a EVAEZI OGORO, niece to one of Nigeria’s most celebrated movie producers and directors- KINGSLEY OGORO, was born on the 13th of July to Engr. and Mrs. C.E Ogoro. She is the 4th of 5 children and hails from the Isoko speaking part of Delta State.

EVA began her journey from a very tender age, spurred on by her undying admiration for the likes of Whitney Houston, Toni Braxton and Mary J. Blige. She was soon enrolled into her father’s gospel family band called EMONENA GOSPELLERS as the alto singer in 1996; an act that was soon cut short in 1997 following a car accident she was involved in that crushed her voice box, narrowed her trachea and fractured a number of cervical bones in her spinal cord, leaving her both dumb and paralysed.

Her speedy recovery was nothing short of a miracle as she once again ventured into music during her undergraduate days at the University of Lagos. Her completion of the program which earned her a B.A in English Language in 2006 saw her birth one of her strongest and proudest tracks, which is still being celebrated today – ‘NO CRY’.

EVA is also the voice and brains of a number of radio jingles we have heard over time on the radio. Some of the brands include:

EVA is a writer at heart. She has done some writing for a couple of Magazines and was at some point asked to be the Editor in Chief of one of them. She dabbles into Event Management and currently runs AN EVENT and PRODUCTIONS Company called VAE HOFE LIMITED; A company which specializes in Event Management, Consultancy, and Outsourcing as well as jingle and advert productions among other things.

The uncommon mix of the murky nature and yet strength of her vocals as well as the uniqueness of her stage craftsmanship has landed her on the stage of some of Nigeria’s most prestigious events, awarding her standing ovations from the likes of the current Governor of Delta State – Governor Uduaghan at his boxing day event held in Warri 2009 which was also attended by his cabinet, including Commissioner of Tourism and Culture – Honourable Richard Mofe Damijo. Other dignitaries include Her Excellency, Mrs. Abimbola Fashola at the 500 Women for Children fundraiser, which was held in her honour. It was also an event sub-contracted to Vae Hofe Limited to manage amongst others.

EVA is also becoming quite popular with her rather distinctive version of The Nigerian National Anthem which has earned her riotous ovations at THE PREMIERE OF ‘ACROSS THE NIGER’- A movie by Kinglsey Ogoro in Leicester Square, London 2007, THE NIGERIA MUSIC VIDEO AWARDS 2009, THE GREEN BALL 2010 and countless others as she captures both the old and new glories of Nigeria.

EVA is highly creative and is a hard worker. She applies herself 110% into what she sets out to do. She is currently considering a major role in a movie by yet another of Nigeria’s most celebrated directors and producer, which she was recently presented with. She is also working on her 2nd album.

EVA loves children and is a humanitarian who constantly thinks of ways to contribute to the young generation. In 2006, she was a freelance Guidance Counsellor in Queens College; helping out with the children with no form of payment and was also a counsellor as well as a teacher in her place of NYSC posting in Zamfara State.”

Ladybrille Music: Omawumi Takes on Sexual Abuse ‘If You Ask Me’ (Audio) 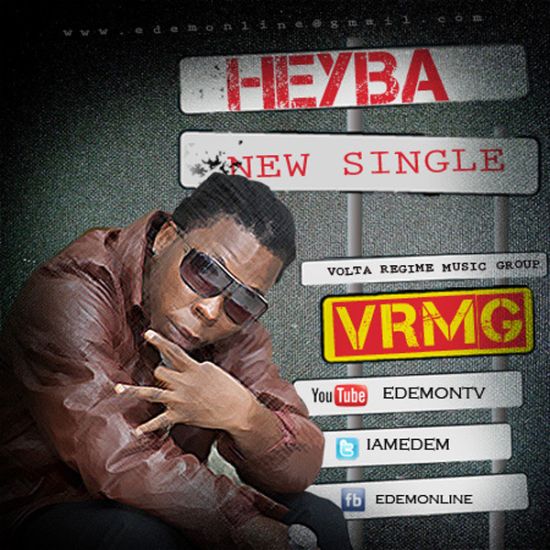