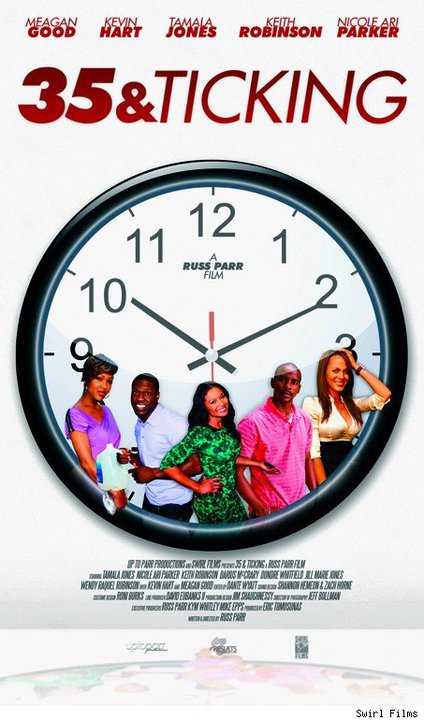 The 19th Annual Pan-African Film Festival in Los Angeles kicks off today with writer and director Russ Parr’s “35 and Ticking” film premiere tonight. Expected at the premiere are many of Black Hollywood celebrities and a few African celebrities including Ngo Okafor and Ghana’s A-List Actress Nadia Buari.

Throughout the event which will be held from today February 16th-23rd, 2011, six African films will be shown. See their synopsis and trailer info below:

DEMOCRATIC RREPUBLIC (DR) of the CONGO
* Viva Riva! (2010/DRCongo/France/Belgium/South Africa/Narrative Feature/96min) – directed by Djo Tunda Wa Munga. Riva is an operator, a man with charm and ambition in equal measure. Kinshasa is an inviting place. With petrol in short supply in DRC’s capital, he and his sidekick pursue a plot to get hold of a secret cache – barrels of fuel they can sell for a huge profit. Of course, they’re not the only-ones who want the stuff.

ETHIOPIA
* The Athlete (2009/Ethiopia/US/Germany/Narrative Feature/93min) – directed by Davey Frankel & Rasselas Lakew. Marathoner Abebe Bikila, the first black African to win an Olympic gold, ran his gold medal marathon barefoot. Impressive, sure, but Bikila’s story becomes truly remarkable following an accident that leaves him unable to walk. From Bikila’s early Olympic triumphs that made him a national hero, to the aftermath of the accident that left him paralyzed, Bikila’s ceaseless determination for greatness never wavers.

GHANA
* Perfect Picture (2009/Ghana/Narrative Feature/120min) – directed by Shirley Frimpong-Manso. In this Ghanaian cross between “Best Man” and “Soul Food” three beautiful women, pushing thirty, make bold attempts to change their lives even when destiny plays its joke on them. From a marriage that seems almost doomed from the beginning, to an affair with an unlikely candidate and the endless pursuit of love, the three friends will learn the harsh lessons of life, the challenges of marriage, the fatality of falling in love and the rewards of having a good laugh in the midst of sorrow. Ghana’s top-grossing film.

KENYA
* The First Grader (2010/UK/Kenya/Narrative Feature/120min) – directed byJustin Chadwick. Taking advantage of a 2002 Kenyan law that guaranteed free education for all, 84-year-old Kimani N’gan’ga Maruge, a veteran Mau Mau freedom fighter, shows up at his local one-room school, walking stick in hand. The sympathetic principal reluctantly turns him away, but Kimani returns the next day, and the day after that. Eventually, she allows him to stay and he ends up joining a class alongside six year-olds.

NIGERIA
* The Figurine (2009/Nigeria/Narrative Feature/120min) – directed by Kunle Afolayan. Two buddies and a girl — all down on their luck — have their lives changed after one of them discovers “Araromire,” a mysterious figurine in an abandoned shrine which, according to ancient legend, bestows seven years of good luck. But no one told them about the next seven years. Winner of the 2010 African Movie Academy Award for Best Feature.

SOUTH AFRICA
* The Manuscripts of Timbuktu (2009/South Africa/Documentary Feature/74min) – directed by Zola Maseko. All but forgotten by the West, the life of powerful Black icon and one of Africa’s greatest scholars, Ahmed Baba, is examined in the context of his life in Timbuktu along with the thousands of remarkable manuscripts of Timbuktu.