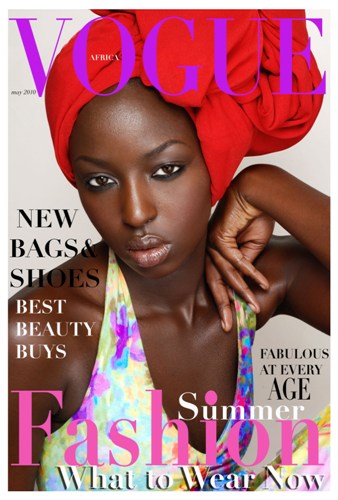 If I have to read or hear one more person or group call for a VOGUE Africa, I will scream! I am irritated and annoyed with the seemingly inferiority complex that seems so innate among many Africans. Read my writing: Africa DOES NOT NEED A VOGUE AFRICA! Even VOGUE knows this.

A discussion ensued on Claire’s blog and soon after, even more bloggers in “blogsville” are now asking the above question, stirring even more debate.

Back in 2008 and now, in reading many of these entries and responses, it struck and still strikes me how enthusiastic some Africans feel about a VOGUE Africa. Why the continued need for validation by the West, even though Africans vehemently deny they need this Western media validation?

“Does Africa Need a VOGUE Africa? The answer is a resounding “NO!”

VOGUE Does Not Need to Validate Africa Before Africa Becomes Fashionable

It is amazing to me how many Africans now insist on “telling (their) own stories,” yet they feel an innate need for continued validation from the West. Why? The need for validation, in my view, is worse in the African fashion space. In my experience, prior to and after starting Ladybrille Magazine, African designers have traveled far and wide from the continent spending monies they frankly don’t have, just so the Western media can say “your work is worthy of recognition. You are a worthy designer.”

Indeed, when some of these designers become aware a Western media or blogger, regardless of the quality, has mentioned them, even in passing, they act like they were featured in the VOGUE Italian “Special” Black Issue; and ignore the African publications who have regularly featured them, overtime.

As I have asked and still ask again, when the applause is over, what next? The “next” for these designers usually means there is nothing to show for. There are no orders, no capital to produce the orders and no supply chain logistics ready to meet demand, if and when the Western retailers come knocking. For the few who finally grow out of their need for western validation, they return to Africa and focus on growing their brands locally till they can get to a point where they can compete internationally.

The Internet has Created an African Fashion Media Revolution, So Why the Continued Need for Validation with a VOGUE Africa?

Until 2006, there was a big silence on the web space when it came to Africans sharing their spectacular fashions with the West and the world. 2006 began the birth of an African fashion media revolution to put African fashion on the global map. This push was led primarily by African fashion bloggers/publishers Annansi Chronicles (Ghana/USA), Ifashion (South Africa), Bella Naija (Nigeria/Canada), Ladybrille (Nigeria/USA) and Cos We Are African (Senegal/USA).

Almost daily, these bloggers/site(s) rigorously researched, shared, maintained and marketed contemporary stories of African fashions and people in the webspace, even when no one believed. Fast forward to 2010, many, especially the West, have caught what I call the “African fashion fever.” In addition, some of the above brands and the personalities behind them are now recognized in mainstream Western and African media.

Further, even more African fashion and lifestyle focused brands have emerged including Arise and Canoe Magazines offering both Western and African fashion consumers more options. Nevertheless, many Africans and African designers still feel the need for Western validation via VOGUE Africa and similar Western fashion brands, rather than wholeheartedly supporting their own with their pocket book and patronage.

There has to be a total reprogramming and some sort of confidence building when it comes to how Africans view themselves.

Beyond the fact that Africa needs no validation from Vogue, VOGUE Africa is bad business for the continent. VOGUE Africa as the name implies, means it technically should target Africans in Africa and have its pages reflect Africa. However, if it did, it is essentially doing the same thing that other high end African fashion magazines are doing; and would effectively put them out of business.

African customers will buy VOGUE Africa, despite an African renaissance, before they do their own. It is the reality and psyche of Africans and sadly is what it is. Ultimately, and this is no slippery slope, African publishing businesses in the continent will be forced out of business.

With infrastructure issues, especially power supply, can African publishers truly compete with VOGUE who most likely will produce VOGUE Africa outside the continent and ship into the continent?

VOGUE Africa Will Not Eliminate Racism in VOGUE’s Fashion Pages

Like its VOGUE counterparts in other parts of the world, the argument will remain the need for more “local/black” models in the pages of VOGUE. Indeed we need not look too far than what I will call Exhibit A to see the current practices of Western magazines retailed in Africa.

Exhibit A: In South Africa where most of these magazines are present, they are notorious for using predominantly white models, even in Africa! Supermodel Oluchi complained about it back in 2008. GQ, Cosmopolitan, Elle and the list goes on favor use of white international models rather than their local ones. Why would VOGUE Africa be any different?

I have always valued and enjoy diversity in people and culture immensely, even as a child living in Nigeria. While the continent of Africa is richly diverse and a VOGUE Africa magazine would arguably reflect that, at the end of the day, African fashion would still be confined to the continent. My EXHIBIT B are the BET, MTV, America’s Next Top Model (ANTM), American Idol franchise and numerous Western multinationals present in Africa.

These companies market Western products, with the same format, to Africans in Africa. In fact, many times, contractual agreements with Africans who purchase these franchises make clear that they are not to cross market or promote the African version in the Western market. Marketing and promotions is limited to the continent. So, while a model might win Africa’s Next Top Model she will not be and should not be on the USA red carpets for ANTM because there would be a conflict and competition with the winner of ANTM.

VOGUE Africa is no different. Marketing and promotions for African designers in Africa stays in Africa and does not extend to the USA. So why VOGUE Africa?

At the end of the day, Africans know their own stories. They are now eager to share it with the West. Sharing their stories with the West necessarily means a VOGUE Africa makes no sense for Africa, especially its fashion design community, because the customers they seek to reach will not buy VOGUE Africa they will buy American VOGUE; the fashion bible, the true place African designers wants to feature in. The true platform, in their view, that allows their designs to be shown to a massive Western audience, many of whom are in the dark when it comes to Africa.

VOGUE Africa? No, Thank you Very Much. I’ll Pass! 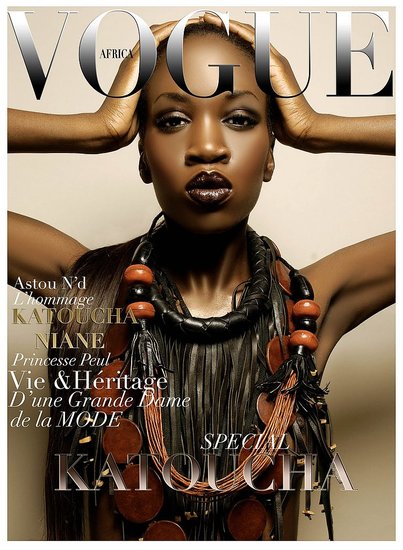 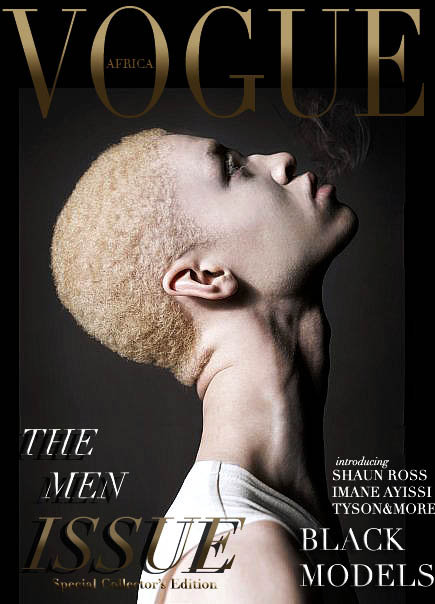 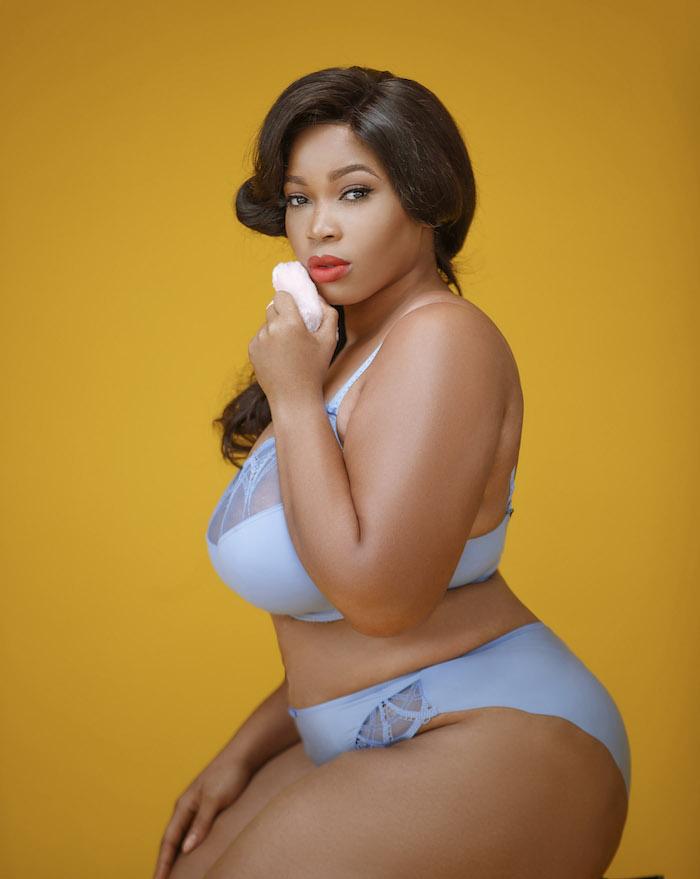 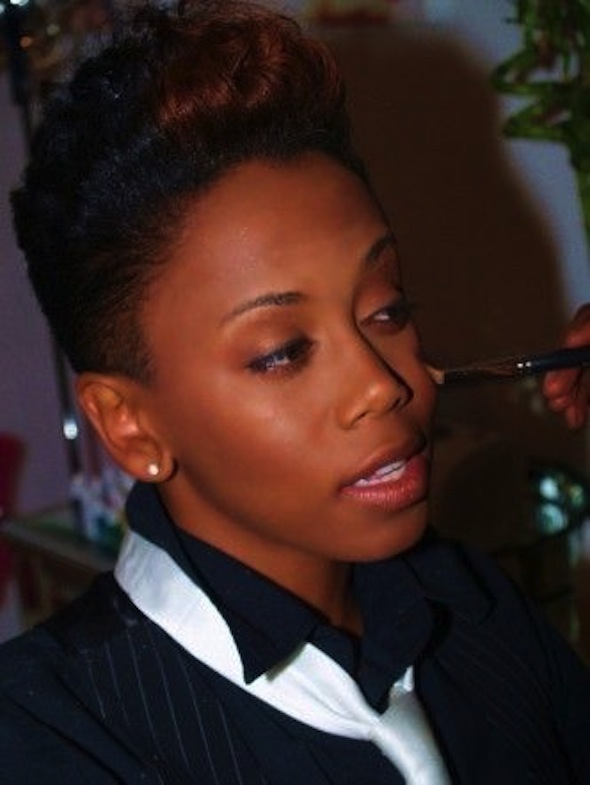 Obama, Change We Can Believe – Er . . . Not so Fast Says Lola Adesioye