ATLANTA, GA (Novembe, 2011) –The Women of Color Arts & Film (WOCAF) is gearing up for its 7th annual festival holding in downtown Atlanta, Georgia. The four-day festival is scheduled for March 15 –18, 2012 at the Auburn Avenue Research Library, 101 Auburn Avenue, Atlanta, GA. The only one of its kind in the Southeast, Women of Color Arts and Film Festival (WOCAF) is a multi-discipline event that includes film screenings, a visual art exhibition and a music showcase – all celebrating women of color artists and media makers.

“The immense growth of the festival confirms a need for a platform that celebrates women of color and their creativity. We are growing every year and are continuously impressed by the array of independent films out there that have a woman of color in a
key creative position whether it is behind, or in front of the camera,” states Festival Director Mojisola Sonoiki of Iyalode Productions.

The WOCAF 2012 festival is now open for press features and media listings. The festival director, Ms. Mojisola Sonoiki is also available for interviews.

CALL FOR FILM FESTIVAL SUBMISSIONS
Our call for submissions for the film festival segment is now open. The theme for the 2012 edition is “Celebrating the African Woman”. Eligible works must have been completed after January 1, 2009 and films should have an African woman in a key creative position in the production either in front or behind the camera. WOCAF will accept original, creative, outstanding, thought provoking work. Entry guidelines are on our website at http://www.wocaf.org/wocaf-2012/film-submissions Submissions will be accepted beginning November 1, 2011 through December 23, 2011.

This year’s festival promises to be just as exciting as the previous WOCAF festivals and is a ‘must attend’. Save the date and stay tuned for the schedule of events for WOCAF 2012.

ABOUT WOCAF:
Now in its seventh year, The WOCAF’s schedule of films and artistic event attracts a diverse audience of women and men. The film festival is produced annually by WOCAF International, a registered 501(c)(3) non-profit Media Arts organization. Each year, films from Africa, America, the Caribbean, the Middle East, Asia and Europe are showcased. The Women of Color Arts & Film Festival is the only festival of its kind in the Southeast that focus on achievements of Women of Color filmmakers and artists.

Founded in 2005, WOCAF is dedicated to promoting cultural, political and social issues about and/or related to women of color. WOCAF provides a platform for women of color who do not normally have a platform to exhibit their work. By showing a broad spectrum of films and artistic events. WOCAF’s goal is to utilize the arts as a powerful vehicle to inform, enrich and entertain. 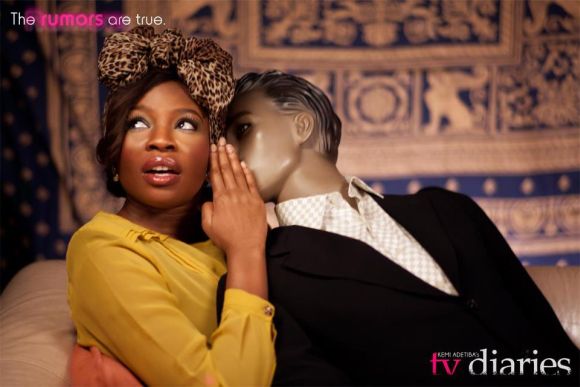