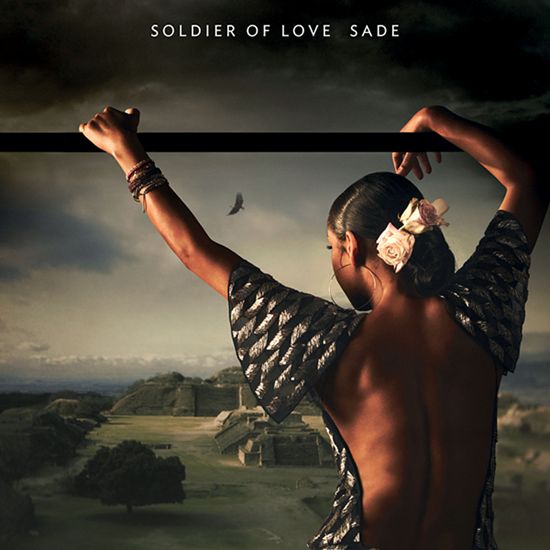 “I only make records when I feel I have something to say. I’m not interested in releasing music just for the sake of selling something. Sade is not a brand.” ~Sade Adu. With this mindset, Sade releases Soldier of Love’ through Epic Records on February 9, 2010. In the meantime, Sade has made her hit song off her new album, ‘Soldier of Love’ available for an exclusive listen and viewing  on amazon.com today.

SADE’S OFFICIAL BIO
‘Soldier of Love’ is only the sixth studio album the band Sade released during their 25 year career, and the first since ‘Lover’s Rock’ in 2000. For Sadeherself, as the lynchpin of the group’s songwriting effort, it’s a simple matter of integrity and authenticity. “I only make records when I feel I have something to say. I’m not interested in releasing music just for the sake of selling something. Sade is not a brand.”

The call went out in 2008 for the group to re-convene at Peter Gabriel’s Real World studio, near Sade’s home in the countryside of south west England. It was the first time the four principals had met up since the Lover’s Rock Tour wrapped in 2001. Bassist Paul Denman de-camped from Los Angeles, where he had been managing his teenage son’s punk band, Orange. Guitarist and sax player Stuart Matthewman interrupted his film soundtrack work in New York, and keyboardist Andrew Hale gave up his A&R consultancy.

In a series of fortnightly sessions at Real World, Sade sketched out the material for a new album which, they all felt, was probably their most ambitious to date. In particular, the sonic layering and martial beats of the title track, “Soldier Of Love”, sounded quite different from anything they had previously recorded. According to Andrew Hale: “The big question for all of us at the beginning was, did we still want to do this and could we still get along as friends?” The answer soon came back as a passionate affirmative.

The album was completed in the summer of 2009, mainly at Real World. The feel of the music this time had moved away from the old country soul styling of ‘Lover’s Rock’ and assumed a more eclectic identity. At times the band sounded like the original Sade, with Matthewman back blowing soft sax on “In Another Time” and the vocal on “Long Hard Road” hymning. But with songs such as the joyously quirky reggae chant “Babyfather”, and the dramatically arranged album opener “The Moon and the Sky”, Sade were exploring new territory. “I never want to repeat myself,” Sade herself says. “And that becomes a more interesting challenge for us the longer we carry on together.”

Helen Folasade Adu was born in Ibadan, Nigeria. Her father was Nigerian, a university teacher of economics; her mother Anne was an English nurse. The couple met in London while he was studying at the LSE and moved to Nigeria shortly after getting married. When their daughter was born, nobody locally was prepared to call her by her English name, and a shortened version of Folasade stuck. Then, when she was four, her parents separated, and her mother brought Sade and her elder brother Banji back to England, where they initially lived with their grandparents just outside Colchester, Essex.

She listened to American soul music, particularly the wave led in the 1970’s by artists such as Curtis Mayfield, Donny Hathaway, and Bill Withers. As a teenager, she saw the Jackson 5 at the Rainbow Theatre in Finsbury Park, where she worked behind the bar at weekends. “I was more fascinated by the audience than by anything that was going on on the stage. They’d attracted kids, mothers with children, old people, white, black. I was really moved. That’s the audience I’ve always aimed for.”

Music was not her first choice as a career. She studied fashion at St. Martin’s School Of Art and only began singing after two old school friends with a fledgling group approached her to help them out with the vocals.

Somewhat to her surprise, she found that while the singing made her nervous, she enjoyed writing songs. Two years later she had overcome her stage fright and was regularly singing back up with a North London Latin funk band called Pride. “I used to get on stage with Pride, like, shaking. I was terrified. But I was determined to try my best, and I decided that if I was going to sing, I would sing the way I speak, because it’s important to be yourself.”

Sade served a long apprenticeship on the road with Pride. For three years, from 1981, she and the other seven members of the band toured the UK, often with her driving. Pride’sshows featured a segment in which Sade fronted a quartet that played quieter, jazzier numbers. One of these, a song called “Smooth Operator”, which Sade had co-written herself, attracted the attention of record company talent scouts. Soon, everybody wanted to sign her, but not the rest of Pride. Obstinately loyal to her friends in the group, Sade refused to depart. 18 months later she relented and signed to Epic Records – on condition that she took with her the three band mates who still comprise the entity known as Sade: saxophonist Stuart Matthewman, keyboard player Andrew Hale, and bassist Paul Denman.

Sade’s first single, “Your Love Is King”, became a top 10 British hit in February 1984, and with that her life, and that of the band, changed forever. The unstressed, understated elegance of the music in conjunction with her look – unspecifically exotic and effortlessly sophisticated – launched Sade as the female face of the style decade. Magazines queued to put her on the cover. “It wasn’t marketing,” she says, wearily. “It was just me. And I wasn’t trying to promote an image.”

At the time of her first album, ‘Diamond Life’, her actual life was anything but diamond-like. Sade was living in a converted fire station in Finsbury Park with her then boyfriend, the style journalist Robert Elms. There was no heating, which meant that she had to get dressed in bed. The loo, which used to ice over in winter, was on the fire escape. The bath was in the kitchen. “We were freezing, basically.”For the remainder of the 1980’s, as the first three albums sold by the million around the world, Sade toured more or less constantly. For her this remains a point of principle. “If you just do TV or video then you become a tool of the record industry. All you’re doing is selling a product. It’s when I get on stage with the band and we play that I know that people love the music. I can feel it. Sometimes I yearn to be on the road. The feeling overwhelms me.”

Intrusive media interest in her private life has inspired a continuing reluctance on her part to participate in the promotional game. Having been travestied in print on many occasions, Sade rarely gives interviews. “It’s terrible this Fleet Street mentality that if something seems simple and easy, there must be something funny going on.”

For most of the past 20 years, Sade has prioritised her personal life over her professional career, releasing only three studio albums of new material during that period. Her marriage to the Spanish film director Carlos Scola Pliego in 1989; the birth of her daughter in 1996 and her early 21st century move from North London to rural Gloucestershire, where she now lives with a new partner, have consumed much of her time and attention. And quite rightly so. “You can only grow as an artist as long as you allow yourself the time to grow as a person,” Sade says. “We’re all parents, our lives have all moved on. I couldn’t have made ‘Soldier of Love’ any time before now, and though it’s been a long wait for the fans – and I am sorry about that – I’m incredibly proud of it.” 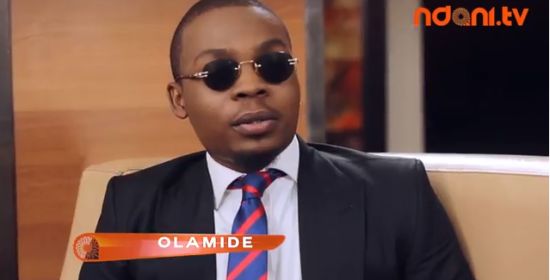