There is much excitement in anticipation of the 2017 ELOY Awards which will be held tomorrow, November 26, 2017, from 5 pm. Teasing and leading up to the event, the event organizers have now unveiled the exciting co-hosts of the evening. They are Olive Emodi and Tosin Odufa.

Emodi is an award-winning Nigerian television host, radio personality, writer and legal practitioner. Emodi has always had a dual interest and passion for the arts and law. In high school, she declared her interest in mass Communication and theatre Arts, and law. In college, she continued to dabble in the arts organizing numerous arts events for her school while earning her Bachelor of Arts degree in law. Thereafter, she attended the Nigerian Law School. During her last year in law school, she auditioned for a talent show and won the competition. That did not stop her from graduating law school, passing the bar and gaining admission to the Nigerian Bar as a Barrister and Solicitor of the Supreme Court of Nigeria.

Emodi has since built a media career in television hosting the ‘Good Morning Nigeria’ show on Cool TV, a TV talk-show that primarily focused on discussing politics, the economy, current affairs, sports, entertainment and any topical issue.

Following the internal restructuring that resulted into the merger of Cool TV and Wazobia TV to create WazobiaMax, Olive is now a presenter on Wazobia Max. She presently co-hosts ‘Hello Nigeria’ which airs every weekday on Wazobia max (DSTV 259) from 12noon-1pm and she’s also an On-Air Personality on 99.3 Nigeria Info FM. 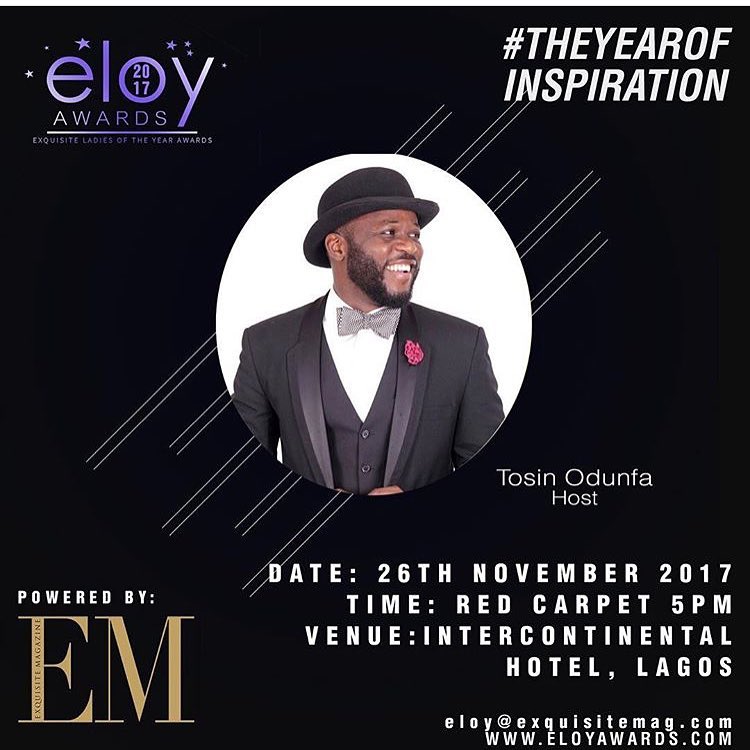 Tosin Odunfa is an award-winning entertainment media personality who is warm, funny, approachable, and incredibly articulate. He has a fast rising profile which saw him interview Nigerian Leader General Muhammadu Buhari as well as Jonathan Goodluck in the lead-up to the 2015 Presidential Elections.

A British Council Innovation 360 Award winner and AGCO Africa Ambassador, Tosin is not the run-of-the-mill presenter but one who is as intelligent as he is entertaining. He has a post-graduate diploma in Business Administration from Northampton Business School, UK and a Bachelor’s degree in Chemical Engineering from Howard University, Washington DC.

Tosin loves to travel and has lived on 3 continents and visited 11 countries so far. His recent travel schedule has seen him anchoring or presenting in Nigeria, Zambia, the UK, the US, Germany, Italy and South Africa so this is a job he loves.

Cosmopolitan jet-setting Tosin is also culturally grounded and in-tune with his African and Nigerian heritage. He speaks fluent English and Yoruba but has been known to spice his performances with phrases or sentences in Igbo, Hausa, Zulu, Swahili, French, Italian, Spanish and Mandarin.

Win a Free Autographed Book “Somethin’ to Shout About” by Donna Green-Goodman!