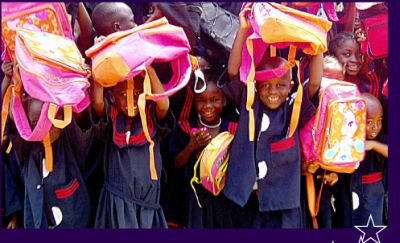 Ladybrille’s Project Runway Korto Momolu and Shop Mosaic Online’s Chioma Amegashie are part of the two that will be participating in the MacDella Cooper Foundation New York Fashion Week After Party at Nikki Beach on February 20th . The event is an army of fashion and media women entrepreneurs/personalities coming together for a great cause.

According to MCF event organizers, “The goal of the New York Fashion Week After Party at Nikki Beach is to raise $500,000 to break ground on the MCF Academy, the first tuition-free school in war-torn Liberia.

The After Party will feature an unveiling of the digital renderings of the new MCF Academy, designed by esteemed architect Winka Dubbeldam, principal of the world-renowned firm Archi-Tectonics. Project Runway finalist Korto Momolu, who is Liberian, will debut her latest fashions. Not only will guests have the chance to win designer fashion items, but they will also get to leave a lasting impact on the academy by pledging to sponsor buildings and key elements of the campus.”

The VIP cocktail hour begins at 6pm, and doors for general ticket holders open at 7pm. There will be a red carpet entrance outside of Nikki Beach with photographers and media.

Visit the site www.macdellacooper.org to purchase your tickets!