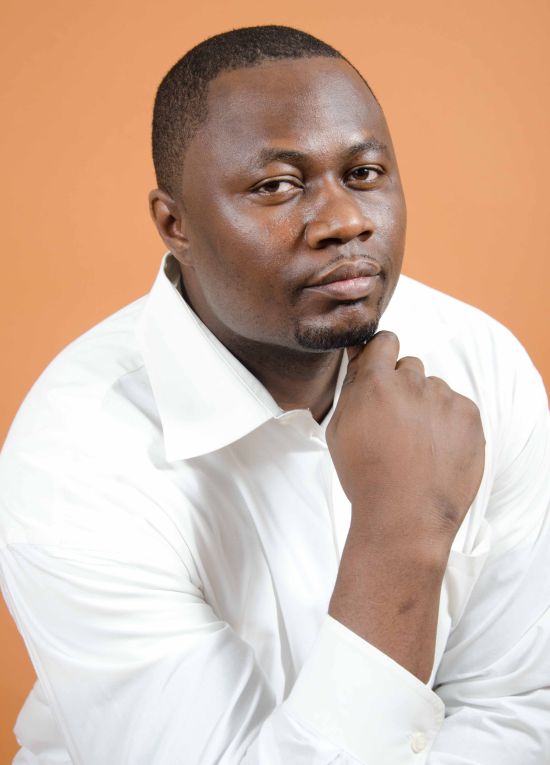 “Ladybrille’s 15 Questions with . . .” is a new feature we hope becomes a staple which allows us to salute some of the most important names in the fashion and entertainment industries around the globe, with a particular emphasis on Africa. We hope you are as inspired as we are with the brilliant men and women in these industries that make the world go round.  Enjoy our inauguration with our first feature on Cos Canino.

LADYBRILLEmag.com: Describe your businesses. What exactly do you do?
Cos Canino: I am a music promoter, event organizer and producer. The founder of UnderDaRock Entertainment, UnderDaRock.com, UDR Management udrent.com, Co Founder & Executive producer of the NEA Awards and Organizing member of the Annual Nigerian Independence Day Parade weekend in New York City.

LADYBRILLEmag.com: How did you end up in your chosen field?
Cos Canino: Back in 1995 I was living in the UK and was a member of a successful Hip-hop group called Rhyme Wreckerz. We did shows all over the UK and opened for most of the top artists during that era. After meeting Aaliyah (may her soul Rest In Peace) she introduced us to her A&R and we eventually got signed to East West records.

Working with the tour managers, promoters, artists and other music executives taught me the Business of Entertainment. Hip-hop wasn’t very popular in the UK so eventually we left the record label and started a grass root movement.

After my graduation from North London University, I moved to New York and it was an easy transition for me to start working in the back end of the entertainment industry based on my experiences.

LADYBRILLEmag.com: What has been the most difficult challenge you have faced in getting to where you are?
Cos Canino: Self doubt. I think over the years I have been my number one critic. I need to believe in my strength and capabilities more, instead of having doubts. When I was an artist, I believed you are only as dope as your last verse and I have the same approach to everything I do today.

LADYBRILLEmag.com: How do you define success?
Cos Canino: Personal fulfillment. I feel very successful to be doing exactly what I want to do and with a beautiful family that supports me.

LADYBRILLEmag.com: Where do you look to draw inspiration when the going gets tough and the tough gets going?
Cos Canino: My mother. She died of breast cancer in 2008. She was in the Nigerian Police Academy for 10 years, took her pension and started a profitable business. She raised me and my siblings by herself (5 kids) in London England and gave us the world.

She fought cancer for over 10 years and never once gave up. Just 4 months before she died, I did four (4) hours of audio interview with her. I listen to it whenever I feel down or just need some inspiration, and her trials and tribulations, love, pain and her beautiful voice always ignite me.

LADYBRILLEmag.com: Share with us your memory of the happiest moment in your life?
Cos Canino: Hmm . . . every moment I spend with my wife and kids but the highlight is my wedding day, it was the hottest party I have ever been to.

I had always asked my mother to visit me in New York but she never did, Xmas 2007 she came over and we had the best time ever, less than a year after she passed so I cherish those moments up until today.

LADYBRILLEmag.com: What keeps you awake at night?
Cos Canino: Nothing. I’m a free spirit and don’t hold grudges.

LADYBRILLEmag.com: What drives you?
Cos Canino: Two things. The first one is LIFE, I truly feel that everyday is another opportunity for me to be great, to be a better person and to offer myself to my family, friends and my business. The second one is passion, I don’t drink or smoke so I get my buzz from music, just like the Lost Boyz said “Music Makes Me High” so it is not a job, it is just my lifestyle.

LADYBRILLEmag.com: What makes you get up everyday to do what you do, all over again?
Cos Canino: My greatest fear in life is failure and I do not want to fail, so everyday I work towards my goal. I am an early bird, I work till late but I am always up early. I don’t believe in fantasies or hitting the jackpot one day, I believe that my daily decisions, focus and  dedication are part of the building bricks of my dream(s).

LADYBRILLEmag.com: What are the daily principles you live by?
Cos Canino: If you can do it today, don’t leave it till tomorrow.

LADYBRILLEmag.com: When all is said and done, what is the legacy you want to leave in the entertainment field?
Cos Canino: One of the pioneers of African Entertainment in the U.S. African Entertainment is still developing, I want the youths that will come after my generation to have a better foundation with access to mainstream media, funding and support.

LADYBRILLEmag.com: What African artist are you currently playing in your Ipod?
Cos Canino: I like new music so I always put a mix together of all the current songs unknown artists sent to me and jam it in the car. At the moment, I have Dewaves “Awon Eleyi” produced by Sheyman on replay in my car.

LADYBRILLEmag.com: Who is your favorite African male designer?
Cos Canino: Veroby, his shirts are on point.

LADYBRILLEmag.com: What’s your favorite food to eat?
Cos Canino: Pounded with Ogbono Soup mixed with Spinach and smoked fish (Nigerian delicacy), this food makes me get all emotional for real.

LADYBRILLEmag.com: What is the best advice you have ever received?
Cos Canino: To believe in myself. 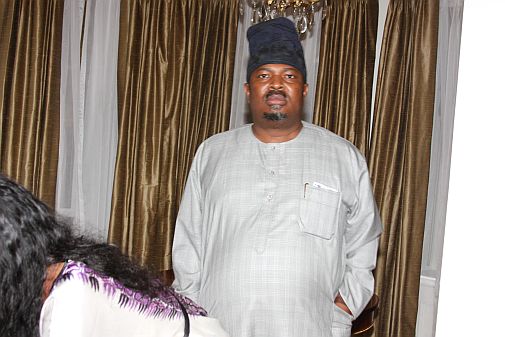