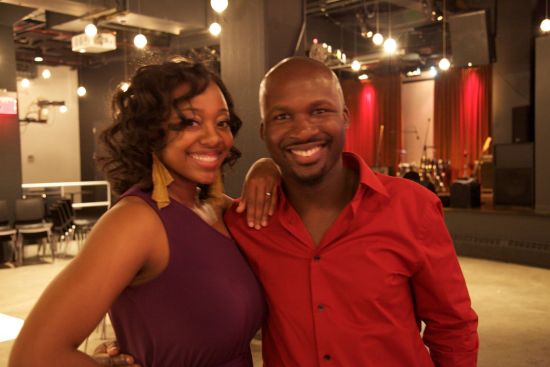 “The Olatuja Project’s “The Promise” Fulfills a Vision (or Two)

The word promise holds many meanings, all of them profoundly important to our lives. We promise to do our best, we promise to pay our debts and to take care of one another. We promise to keep our promises and we take off…ense when others don’t. And then there’s the more intangible promise that looks to the future with hope and anticipation: a gifted student or athlete who holds so much promise. We even say an artist’s next work promises to be even better than the last one! Both definitions of promise are bound to faith and trust. Both are something that we hold dear.

The Promise is the ideal title for the new release from the Olatuja Project, the first recorded collaboration between Michael Olatuja (acoustic/electric bassist and composer), his wife Alicia Olatuja (vocalist/composer) and their virtuoso band. It fulfills the promises suggested by Michael’s 2009 debut, Speak, named the R&B Album of the Year at the 9th Annual Independent Music Awards and given a rave review by the BBC’s music website, which called it “the expression of a singular creative voice that taps all the cultures from which it is born.”

For more information or to purchase music from Olatuja Project, visit Olatujaproject.com