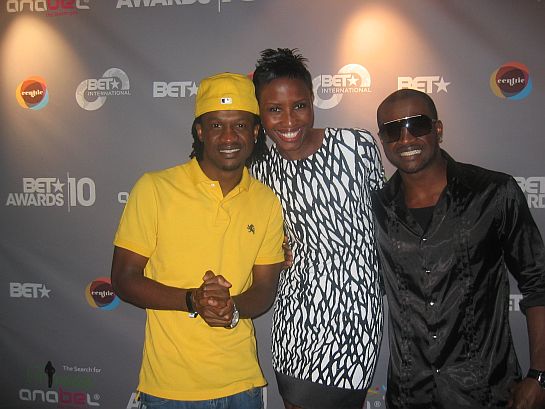 Mention BET to most Africans within and outside the diaspora and you quickly realize the TV network, simply put, is rarely mentioned as a top choice for the millions of African viewers on the continent. Narrow your inquiry directly to Africa’s youths, with a focus on their top network choices for entertainment, and the results remain the same. Indeed despite BET’s thirty years in the business of television and a 2009 launch in 29 countries in sub-Saharan Africa, on multiple platforms, when it comes to entertainment Africans in the three biggest television markets (Nigeria, South Africa and Ghana) mention names like Channel O (South Africa), MTN (South Africa), MTV Base Africa, Nigezie (Nigeria) and Viasat1 (Ghana) but not BET.

Not daunted by these facts and determined to partake of Africa’s booming entertainment industry, especially in the larger markets above, BET executed a strategy that had Africans across the continent and in the diaspora talking, blogging, calling and sharing news about the network to their friends, family and the world. BET, for the 1st time, nominated award-winning music “gods” from Africa under the ‘Best International Act Category’ at the 2010 BET Awards.

On the nominated list was America/Europe based Africans such as Estelle, K’Naan,  Sade and Dizzee Rascal.Corrine Bailey Rae and Chipmonk rounded off the Western artists on the list. The “gods” nominated from the continent were Kojo Antwi (Ghana), HHP (South Africa), MI (Nigeria) and P-Square (Nigeria, 2010 Kora Award Best African Artist Winners who received $1million as prize money for their win).

All nominees had an open invitation to the Awards event to be held on June 27th, 2010 at the Shrine Auditorium in Los Angeles. Prior to the award show and travel to the USA, the frenzy and excitement had already begun with the Nigerian nominees both off and online. Pushing even further publicity for both its brand and that of the nominees, BET organized a press conference in the country, the largest of the television markets in Africa, providing a platform for the nominees to express their excitement and anticipated visit to the USA.

The highly anticipated weekend leading up to the show finally arrived. Nominees MI & P-Square first landed in New York and immediately held press conferences to discuss their nominations with the US media. From New York, they headed west to Los Angeles, California arriving on Friday, June 25th, 2010 for what would be a weekend of exciting activities.

Kicking off the celebration for the international nominees, BET International (the division responsible for the nomination of the international acts), threw a “La Fete Noir” VIP cocktail reception/party at the SLS Garden Terrace to welcome all nominees voted on the list.

The Garden Terrace had a casual yet upscale ambience. The venue did not need much decorating as some of the fixtures like its unique wooden chairs and floor tiles was enough stimulation for the savvy fashion eye.

Within the garden terrace was an adjoining “garden room.” The room, an estimated 750square feet, was small yet organized to give the feel of an intimate and airy space. Popular DJ, DJ D-Nice was on duty seamlessly spinning hip-hop hits. In the room and a little to the right of the entrance was a nice spread of food consisting of pasta, salad, and meats. Independent of the spread, cocktails and hors d’oeuvres were served throughout the evening.

The highlight of the event was when Okoye, in a short speech, congratulated the nominees and presented them with gifts (Anabel mobile phones). Megan Good (brand ambassador) and Michael Armstrong, Senior Vice President for BET International also received phones. After Okoye, Armstrong, an apparently passionate soccer fan, also congratulated the nominees but paused to tell Kojo Antwi he felt sorry for him because the US would prevail over Ghana. Guests erupted with laughter followed by cheers and boos simultaneously.

The night ended on a high note with even more anticipation for the Awards show on Sunday, June 27th, 2010. 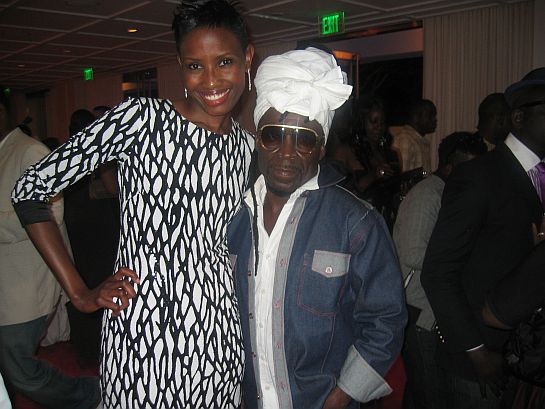 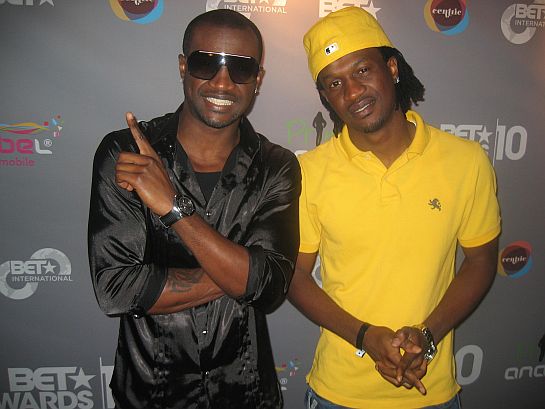 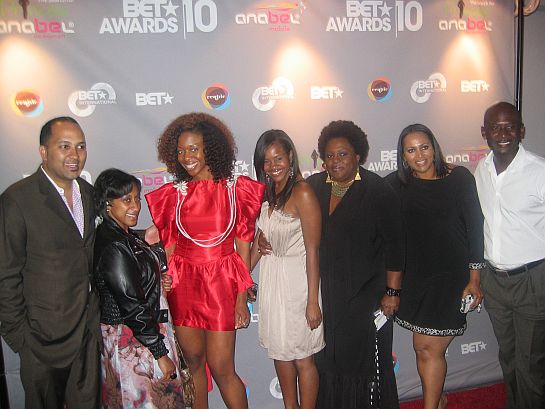 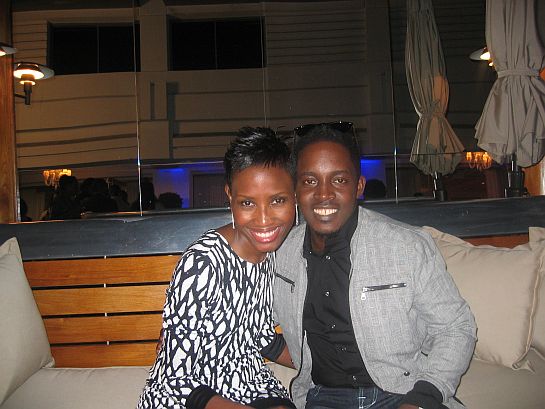 FUSION : A Fashion and Beauty event 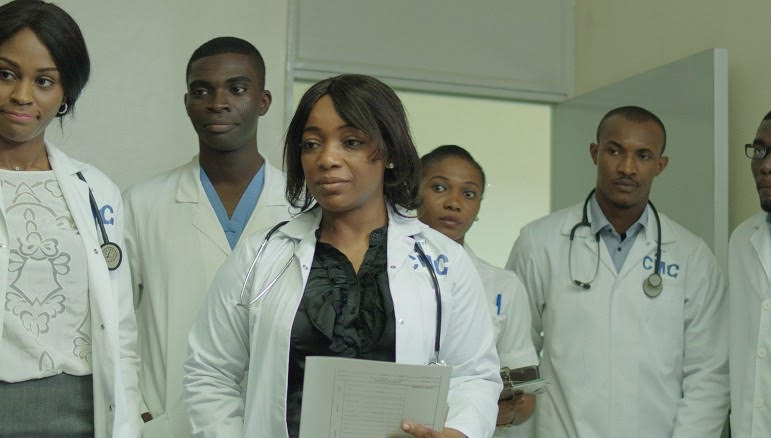