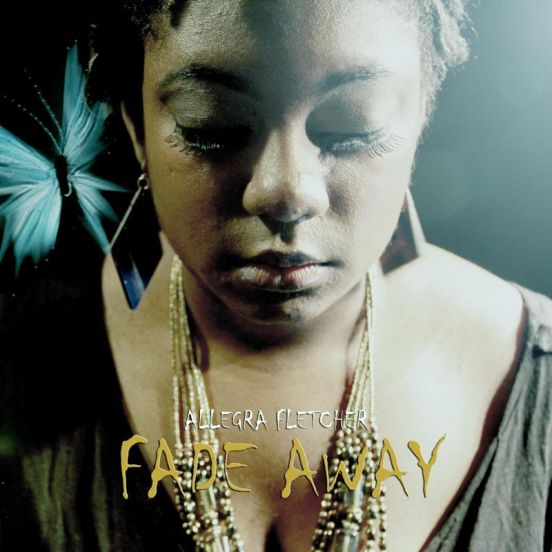 “L“adybrille Artist to Watch is a monthly feature that identifies and gives exposure to emerging music talents (producers and musicians) both within and outside Africa. This month, our Artist to Watch is a young artist out of Boston, Massachusetts. She is signed to Dunkishrock Production owned by Nigerian-American artist and music producer Duncan Daniels.’ Meet Allegra Fletcher!

LADYBRILLEmag.com: Allegra, I was on Facebook when (Duncan Daniels) posted one of your songs on my news feed. I clicked on the link and instantly fell in love with your sound (and knew we had to have you on Ladybrille).
Allegra: Thank you so much! I’m really glad you’re interested in knowing more.

LADYBRILLEmag.com: Let us know who you are as a musician? What drives you to do music?
Allegra: I am a pretty serious musician. I really care about the lyrics, melody, and mood of a song, and how they all gel. At the same time I’m really easygoing. At the end of the day, music is fun. It also has served therapeutically for me and for others, and that is what largely drives me to continue. I feel that God has blessed me with the opportunity to make music, and I’ll keep doing this even if no one’s listening.

LADYBRILLEmag.com: “Even if no one’s listening.” Powerful. What about your personal background? Where are you from? Fill us in on your childhood?
Allegra: I’ve had quite the life story! It would take too long to cover it in any detail. In short, I moved a lot when I was young, both in and out of the United States, and for a time I was homeless. I was born in Boston, Massachusetts, and grew up mostly in the neighborhood of Dorchester. My family on my mother’s side is from Honduras, and so I spent a few years in school there. I was in a different school almost every year until high school. I really enjoy traveling, so the experience wasn’t as terrible as it could have been. Particularly when I was homeless, music and my faith in God really helped me to keep a positive sense of self worth. What also helped was striving for academic excellence, which has stayed with me. I currently attend Bryn Mawr College, with a major in Italian, and a double minor in Religion and Education.

LADYBRILLEmag.com: (Juggling school and music is not easy). What do you think is different about your sound? What sets you apart?
Allegra: I would say it’s the combination of the songs I sing and the way I sing them. My voice is very versatile, and so it’s easy for me to play around with genres. That probably lends to the fact that my music sits on the edge between genres. It’s folk, but also pop, soulful, and yet edgy as well.

LADYBRILLEmag.com: What kind of investment have you made so far in developing your sound and refining your music?
ALLEGRA: My biggest investment has been time, and I suppose also money. As I began to get more serious about music, I invested in a better guitar. Now that I’m in college, time is my biggest difficulty as I try to balance music with academics and work. I’ve been going to an open mic once a week to keep in shape musically, and it has been great to be in the creative atmosphere regularly.

LADYBRILLEmag.com: What was the song or album, in trying to find your niche, you first listened to that made you think, this is how you wanted to sound or the type of music you wanted to do?”
Allegra: Oh boy. I don’t think I can pinpoint one. I admire many artists. I usually think “I like this aspect of Artist A, and that aspect of Artist B. How do I incorporate them into or improve that aspect of my sound?” To be fair, though, I think I should give Tracy Chapman her due. In high school her name was always brought up in connection to my sound, and I really identified with her story of making it after being homeless.

LADYBRILLEmag.com: Hmmm . . . What kind of success do you anticipate?
Allegra: I know what kind of success I desire, but anticipation is another thing altogether! I guess anticipate great success. I honestly feel that I have something to offer the music scene. I have to have faith in myself, and in my ability to do this.

LADYBRILLEmag.com: What kind of collaborations have you fantasized about and with whom?
Allegra: (laughs) I would love love love to work with John Legend. I think our voices would blend really well, and I really admire his musicianship. It would be fun to write with people like him, Common, Jill Scott, and so many others.

LADYBRILLEmag.com: Do you write your own songs? What inspires your songs?
Allegra: I do. Many things inspire my songs: God, things that happen to me or people close to me, really just about anything and everything. The most inspiring moments or situations are ones that cause a strong emotional response, whether it be positive or negative.

LADYBRILLEmag.com: How much work goes into preparing just one song for your fans?
Allegra: Songwriting is a continual process. Really, a song is never done. I just have to come to a place where a song is “done enough”. That takes quite often two weeks or more per song for me, before the song hits production.

LADYBRILLEmag.com: How did you come to be signed with Dunkishrock Productions owned by Duncan Daniels?
Allegra: I actually started working with Duncan my senior year in high school, to do “Say I” and a couple other tracks. Then came college, and we lost touch. We got back in touch recently, and it just felt like the right time to dive in and make a go for music.

LADYBRILLEmag.com: How much creative input have you managed to contribute as an artist working with Duncan Daniels?
Allegra: A lot, actually. We don’t always agree, but I appreciate the fact that we talk things out, and meet on things. When I was younger I struggled with being assertive about the direction I wanted to take my music, but I’m a lot more confident now. It’s been a positive experience.

LADYBRILLEmag.com: Any album in the works? What next for you?
Allegra: Yes. I am working on my debut album now, which is really exciting. As I transition out of college, I expect to do more live shows, and to continue writing for future albums. I’m expecting that Grammy any minute now. (laughs)

LADYBRILLEmag.com: (Laughs) What do you hope your fans and those listening on Ladybrille take away from your music when they listen?
Allegra: I want them to think, “That was a good song.” I also want people to be able to feel that someone else is going through similar things. Sometimes people don’t know how to express what they’re going through, and when they hear how they feel in a song, it really helps. I want my music to mean something for them.

Say I
[audio:https://ladybrille.com/wp-content/uploads/2011/03/Say-I-by-Allegra-Fletcher.mp3|titles=Say I by Allegra Fletcher]

Fade Away
[audio:https://ladybrille.com/wp-content/uploads/2011/03/Fade-Away-by-Allegra-Fletcher.mp3|titles=Fade Away by Allegra Fletcher]

Support the work of talented emerging artists like Allegra Fletcher. Book her for your upcoming events or concerts. Allegra can be reached through Duncan Daniels for all booking inquiries at ([email protected]). Stay in touch with Allegra by visiting Allegra’s Facebook page here.

FashionMusic: Dipo "Be Your Man" (Video) 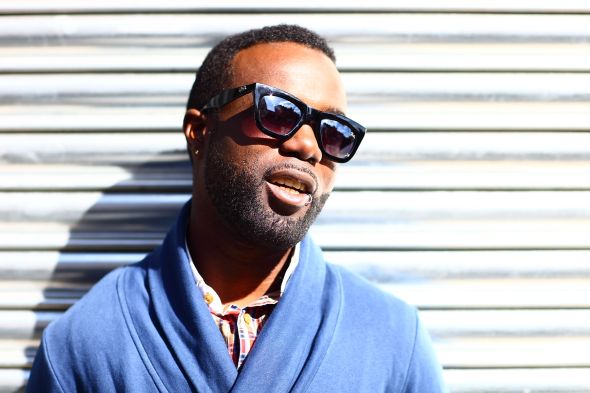