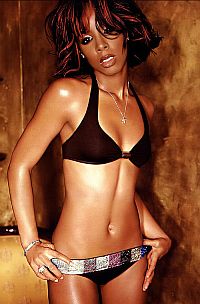 Grammy-winning R&B and pop superstar Kelly Rowland has confirmed her collaboration to sing  with Africa’s top artists in a single  titled ‘Everywhere You Go’, for AFRICA’s first 2010 FIFA World Cup. The confirmation came via South Africa’s respected music executive and woner of AS Entertainment, Anos Stella.

The track will be released this April during the  2010 football tournament.