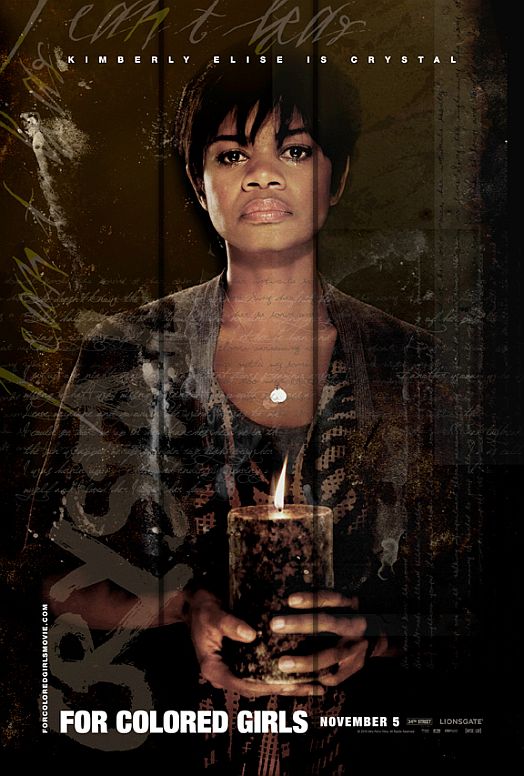 BIG BUDGET FILMS
Due Date (R for profanity, sexuality and drug use) Robert Downey, Jr. and Zack Galifianakis co-star in this raunchy road comedy about an uptight dad-to-be who hitches a ride across the country with a wacky slacker in order to make it on time to witness the birth of his baby. With Michelle Monaghan, Jamie Foxx, Juliette Lewis, Charlie Sheen and RZA.

Megamind (PG for action and mild epithets) Animated adventure in 3-D about a hapless, evil villain (Will Ferrell) who decides to align himself with the forces of good after the demise of his longtime superhero adversary (Brad Pitt) when he unwittingly creates a diabolical scoundrel (Jonah Hill) bent on world domination. Voice cast includes Tina Fey, Ben Stiller and J.K. Simmons.

INDEPENDENT & FOREIGN FILMS
127 Hours (R for profanity, violence and disturbing images) James Franco stars in this bittersweet tale of survival recounting the real-life dilemma confronted by a mountain climber who had to amputate his own arm after it got pinned under a boulder while he was hiking alone in Utah. Cast includes Amber Tamblyn, Kate Mara, Treat Williams and Kate Burton (Richard’s daughter).

Cherry (Unrated) Romance drama about the dysfunctional love triangle which develops when an Ivy League freshman (Kyle Gallner) falls for a classmate (Laura Allen) twice his age only to have her 14 year-old daughter (Brittany Robertson) develop a crush on him.

Client 9 (Unrated) Docudrama chronicling the meteoric rise and even faster fall from grace of Eliot Spitzer, from intrepid white-collar crime fighter to New York State Governor with presidential ambitions to satisfied customer at a high-priced escort service offering a steady supply of prostitutes, including Ashley Dupre’, the publicity-hungry call girl who helped him ruin his promising political career.

Fair Game (PG-13 for profanity) The Valerie Plame affair is revisited by this espionage thriller about a CIA Agent (Naomi Watts) whose cover was ostensibly blown because her diplomat husband (Sean Penn) had publicly questioned the veracity of the Bush administration’s “weapons of mass destruction” rationale for the invasion of Iraq. With Sam Shepard, Bruce McGill and Ty Burrell.

Guy and Madeline on a Park Bench (Unrated) Harvard grad Damien Chazelle makes an impressive writing/directorial debut with this jazz-scored flashback flick, shot in Boston in B&W, deconstructing the failed romance between an aspiring trumpeter (Jason Palmer) and the girlf (Desiree’ Garcia) he dumped for a fling with a flake (Sandha Khin).

A Marine’s Story (Unrated) “Don’t ask-don’t tell” drama based on actual events in the life of a returning Iraq War veteran (Dreya Weber) who encounters intolerance in her conservative hometown when the local yokels learn that she was forced to retire from the military for same-sex conduct unbecoming an officer. With Paris Pickard, Christine Mourad and Anthony Michael Jones.

Ne Change Rien (Unrated) Musical bio-pic painting an intimate portrait of Jeanne Balibar, following the French chanteuse from rehearsals to recording sessions, and from classes to concerts, as she exhibits an enviable versatility by performing everything from hard rock to classical opera. (In French and English

Outside the Law (Unrated) Historical drama revolving around the Algerian struggle for independence, as seen through the exploits of three Arab brothers (Jamel Debbouze, Roschdy Zem and Sami Bouajila) reunited in Paris after the end of World War II. (In French and Arabic with subtitles)

Red Hill (R for profanity and graphic violence) Bloody revenge saga, set in the Australian Outback, about a young sheriff (Ryan Kwanten) who takes a transfer to a supposedly-serene, remote outpost for the sake of his pregnant wife (Claire van der Boom) only to find the town besieged by an escaped con (Tommy Lewis) with a grudge.

Violet Tendencies (Unrated) Mindy Cohn handles the title role in this romantic comedy as a marriage-minded, 40 year-old with only gay pals who distances herself from them in order to attract a straight man (Armand Anthony). With Marcus Patrick, Jesse Archer and Dennis Hearn.

25 African Screen Gods and Goddesses You Should Know (Nollywood)!