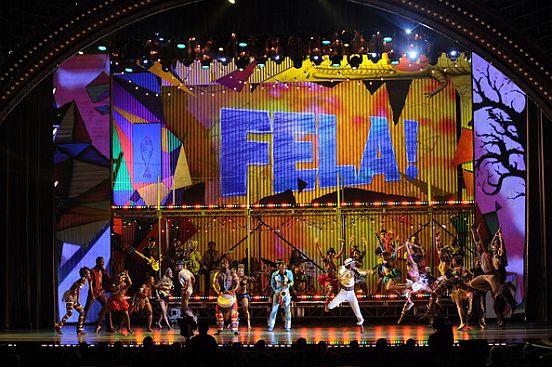 Associate producers of Fela! The Broadway Musical Jay Z and Will Smith were all smiles at the recent Tony Awards after the musical scooped the Tony Awards at the 11th Annual Tony Awards. Fela! took home “Best Choreography,” “Best Sound of A Musical” and “Best Costume Design of A Musical.” The Fela! Broadway musical are sponsors for the first ever Africa Fashion Week New York and will be performing during the one week event.