Home / News / Gays In Africa – Did Nigeria Get it Wrong with Anti-Gay Bill? 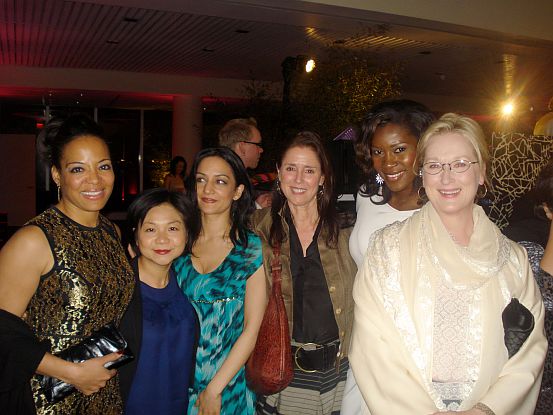 NOTE: The views reflected here do not necessarily represent that of Ladybrillenigeria.com or its sister sites. ******

So, I have been asked my opinion on recent legislation in Nigeria that not only opposed homosexuality, but criminalized it . . . Well, as with most of my compatriots, I wondered why time was being wasted discussing this issue when we have more important issues to face such as security, education, health etc. But, if I must opine, this I will do and will do unsurreptitiously.

Africans have bent over when it came to accepting foreign religions, bent over again to accept democratic principles. Where we (will) not bend is when it comes to homosexuality. Governing nations must respect the fact that while most of Africa became “independent” only 50+/- years ago, the nations are young but the PEOPLE and their beliefs are centuries old. Africa has given up all of her freedoms in the name of government and religion, and now is being pressured to give up her beliefs. There is no “separation of church and state” in Africa. [O]ur religion and politics is part of a hierarchical culture. Now that Africans have bought into Christian and Muslim dogma, all they are doing is following the teachings.

Remember the scene in Amistad where the lawyer was trying to explain why something was….but wasn’t, this concept could not be understood by Cinque (Djimon Hansou). (Cinque could not understand the lawyer) because Africans do not reason like that. It either is OR isn’t. Any other logic cannot be comprehended. You cannot say that Jesus and Mohammed were against homosexuality, then shore up that statement with the threat of hell, and then come back and say that it is now okay because MAN said. . . (that is) not going to work.

God is literally going to have to come down and make a ruling on that instant replay.;) This legislature was not mandated by some chief or dictator. It was ruled by a “democratically” elected government body. Now the same people that introduced the religions (and) told Africans to resolve (their issues) with democracy, are threatening sanctions against Africa for following tenets given to them; instead of applauding them for speaking the voice of the people as the ideology behind democracy suggests. (The United States) Secretary of State Hilary Clinton has threatened to remove financial assistance (to) Nigeria because of this ruling against a human right violation. This is laughable on SEVERAL fronts.

1) Collectively, Nigerians know (they do) NOT need financial assistance. Furthermore, these funds will NEVER trickle down so the only ones impacted by this measure would be the high officials/puppets.

2) With over 250 ethnic groups and two opposing religions, each (group) feeling marginalized and fighting to be recognized, homosexuals will NOT be placed in front of that line, unless of course they are willing to make it a life or death issue, like the other issues are.

3) (Madam Secretary) finds it her place to tell a whole African nation, Nigeria of all places, what to do as a people…wrong country! How many states in America is it illegal for the same sex to marry? Has she said that they wont get federal funds until they change their ruling? Why then different rules for a country not under her jurisdiction? That’s that imperialistic arrogance, just one example.

4) I haven’t really touched on the cultural aspect of this issue because it will be too deep and deserving of an article of its own. But, homosexuality just does not fit in the context of most African cultures. Big on ancestors, bloodlines, and future generations…like I said, too much to discuss here to do it justice.

Tolerance is the understanding that people are meant to be different. If I don’t like what Americans love and I cannot tolerate it, I will move and not demand an entire nation to change to meet my needs. Same way, if Nigeria has spoken and (it is) supported by her people, others living there that don’t like the rulings can leave. I’m sure if America (permits it), there would be tons of Nigerians lined up at the (American embassy in Nigeria) seeking sexual asylum. (Laugh) But, it would not be because of this decree. It would be because of a devastated infrastructure that they would be fleeing. My point? This is nothing but a distraction, hopefully the House and Senate can get back to real issues.

Author bio: Ifeanyi Nwoko is a keen observer and frequent commenter/political critic on local and global political issues, with particular focus on Nigeria and the USA.

News panel on UK Gay conditionality for Aid in Africa