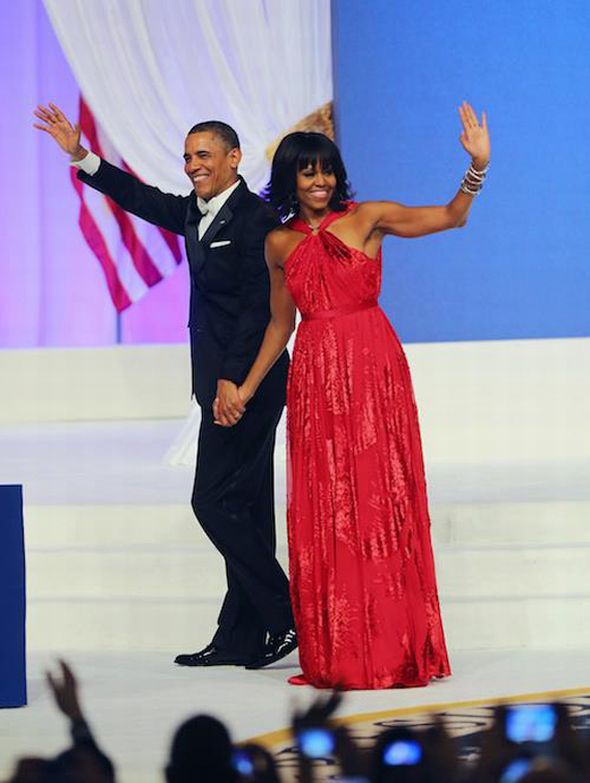 How stunning was our First Lady, Michelle Obama,in her red chiffon halter neck ball room gown with a ring embellishment and velvet details by designer Jason Wu, at the Commander-in-Chief Ball?! The First Lady wore the highly flattering gown during the inauguration festivities on January 21st, 2013.

Wu in response to seeing the first lady in his gown  took to twitter to tweet: “#Inshock!!!.”

The First Lady paired her gown with Jimmy Choo shoes and custom made jewelry from Jeweler Kimberly McDonald. We were particularly pleased to see her show such loyalty to the Jason Wu label by wearing his designs for the second time in a row. Ladybrille readers, if yiu recall, in 2009, Wu stole global attention when the First Lady rocked one of his white ball room gowns at the President Obama’s first inauguration Commander-in-Chief Ball. Wu clinches a repeat successful feature of his design(s) in a fashion that will have the global fashion  industry paying attention to him for a long time to come.

Watch and enjoy as the First Couple dance to Jennifer Hudson performing Al Green’s “Let’s Stay Together” at the ball.