You probably saw her yesterday at the 2009 American Music Awards performing with Jennifer Lopez (J-Lo) but in case you missed her, we give you a front row seat to Celestina Aladekoba in our coveted LadybrilleNigeria Style Star feature.

Twenty five year old Nigerian-American Celestina Aladekoba is a dancer and choreographer whose real star power shone through with her dance performance in R&B legend Prince’s “Black Sweat” music video. Prior to “Black Sweat,” Celestina danced for artists like Missy Elliot, Will Smith and Beyoncé, mostly as a background dancer. However, her impressive skills and strong work ethics helped her secure a spot as the leading lady in Prince’s Black Sweat video.

Since then Celestina has danced for even more celebrity artists like Brian McKnight, Black Eyed Peas, Usher, 50 Cent, Chris Brown, Brandy, Outcast, Nick Cannon and Jennifer Lopez. She has also diversified her creative portfolio to include acting and modeling. Celestina has made appearances as an actress in television shows like The Game and So Raven; and she has also modeled in national campaigns for corporate companies like Ipod, Crystal Light and Ford.

Celestina’s path to the top was never all about the arts. In fact, she was on her way to becoming an Entertainment Lawyer, mainly to please her parents. She obtained her Bachelor’s  in Music Business and a minor in Philosophy from the University of Southern California but instead of taking the next steps to gain entrance into law school i.e. take the LSAT exam, she ditched the law school route to follow her true passion, dance and the creative arts. Today, she is not only rising and rising to the top, but the dancer, actress, brand amabassdor/model is now adding a new title to her rapidly expanding creative portfolio, musician. Her Music Business degree should come in handy, don’t ya think?

Celestina has just dropped a new single titled ‘Omoge’ and is shooting the video as we speak. We caught up with the rather busy LadybrilleNigeria Style Star to talk about her style and of course get tips on how you can look as “fly” as Celestina! Enjoy.

LADYBRILLENigeria.com: Celestina before we get into our style talk, tell us some of the upcoming projects you are working on.
Celestina: I’m prepping to shoot my music video for “Omoge,” recording, performing with J.Lo at the American Music Awards on Sunday Nov. 22nd, and much more. (She performed yesterday).

LADYBRILLENigeria.com: Most of us are used to Celestina the dancer, what was your ‘aha’ moment that made you decide to venture into music?
Celestina: I’ve always had a passion for music. Dance was my steppping stone into the industry. I was a Music Business & philosophy major in college wrestling with the fact that deep down inside I wanted to pursue a career as an artist and not the so-called “more professional” entertainment lawyer career that would appease my parents.

LADYBRILLENigeria: (We applaud you for following your passion.) You’ve dropped one song so far, “Omoge.” Great beat on that by the way. Who is the beat maker and what is the song really about?
Celestina: Quin Pearson of “Missing Sounds” is the producer. The song is an introduction to a sequel to come. The main idea is women empowerment. Once the sequel is released I think the full picture will be very clear.

LADYBRILLENigeria.com: I see you are choosing a sexy route. “Sweat dripping all over me” (Lol!) Is that because sex sells? Go easy on the fellas mama!
Celestina: (Lol!) Actually I say Black Sweat dripping… Most people know know me from working with Prince most especially in his music video “Black Sweat”. I still have folks who call me ‘black sweat’ till this day… (Lol!)

LADYBRILLENigeria.com: (Oh Okay. At least now we get it. Lol!) Just curious, what Nigerian musician is currently blazing on your IPOD?
Celestina: Asa, she is amazing.

LADYBRILLENigeria.com: (Yes she is. I was just listening to her this past weekend.) You appear to have a very bubbly personality. Does your personality affect the way you dress?
Celestina: I’d like to think so…but many a time I find that people are wowed by my persona and don’t expect me to be as nice or funny. I’m always asked if I’m a model and I guess there are stereotypes for a person with a modelesque type swag that doesn’t encompass charisma.

LADYBRILLENigeria.com: (Who are you telling?! I understand you. Lol!) Okay let’s delve into our style questions! How would you describe your style?
Celestina: Depends on how I feel. Sometimes it’s tribal couture, other times edgy, and there are definitely days when I’m just a plain Jane. . . (Lol!) But I do have a fetish for unitards and tights. (smiles)

LADYBRILLENigeria.com: (smiles) You danced in many music videos. Which one, so far, do you believe captures your style sense off and on stage?
Celestina: Honestly I don’t think you will get the full essence of Celestina until my own music videos. This is where I can showcase ‘me’ and ‘my alter egos.’ When working with other artists you have to play the role you are being casted for and fit their creative team’s vision. I guess that’s called acting. . . (Lol!)

LADYBRILLENigeria.com: You have rocked many red carpets across the USA. Who are some of the favorite designers you enjoy wearing on the red carpet?
Celestina: Sue Wong put a fabulous dress on me a couple years ago and I was strutting!!! But I like working with stylists like Douglas VanLaningham.

LADYBRILLENigeria.com: Describe your body shape for us?
Celestina: Bangin’! . . . (Lol!!!)

LADYBRILLENigeria.com: I see self-esteem is not an issue for you. Let’s get into a bit of a style pop quiz to really get how you style your “bangin'” body shape ‘Omoge’ (Lol!)

LADYBRLLLENigeria.com: I am most comfortable in?
Celestina:  leggings/tights. You can dress them up or dress them down. They’re comfortable and great for movement.

LADYBRILLENigeria.com: If I wasn’t dancing, singing, hosting, acting (Phew!) (Lol!) or I am stilling doing these and have the chance to be a designer, I would design?
Celestina: Gonna throw a curve ball. . . I’d go into cosmetics. Make-up!!! As for clothing. . . I will definitely focus on fashion for tall curvy women at a reasonable price.

LADYBRILENigeria.com: (Amen! on fashion for tall women curvy women) My tightest Naija food joint to eat in my city is?
Celestina: My mama’s house. (Lol!)

LADYBRILLENigeria.com: (Lol!) That was fun! Okay, give us three tips, red carpet veteran, on how to glam it up for the red carpet?
Celestina: Gloss, Stillettos, and a smile.

LADYBRILLENigeria.com: You definitely have “Cwagger” whenever you are on stage or just plain in front of a camera. (Lol!) For any of our readers who finds themselves in the limelight (giving a speech, performing etc.), what is your number one tip on how to make sure they look well put together so they project confidence?
Celestina: Believe in yourself and commit to the character. That will outshine everything. Your exterior can be on point but if the interior is lacking you’re just another boring pretty lady on stage.

~Interview by Uduak Oduok
~Photocredit: Celestina/Mike Quain/Wire Image
**********
LadybrilleNigeria Style Star is a fun feature on Nigerian celebrity designers, actors, artists and other personalities, worldwide, who from our research, have a strong style sense. We track these stars down and in a really relaxed, fun and straightforward way, learn all we can about their style sense and of course get tips on how to look and stay “fly” just like them! For a possible feature or to suggest a Style Star, send an e-mail to (info@ladybrillenigeria.com). 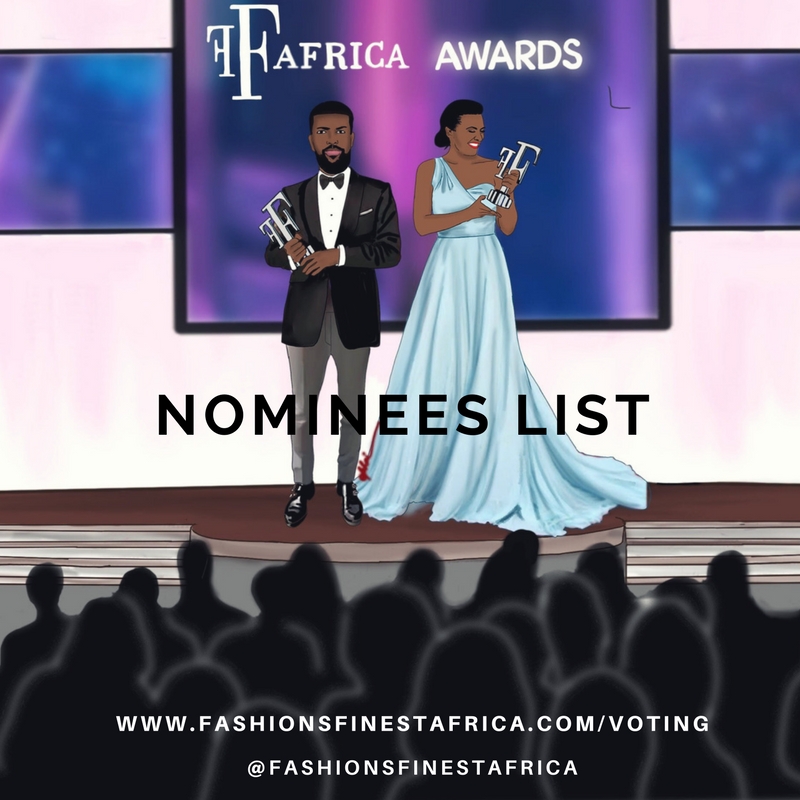 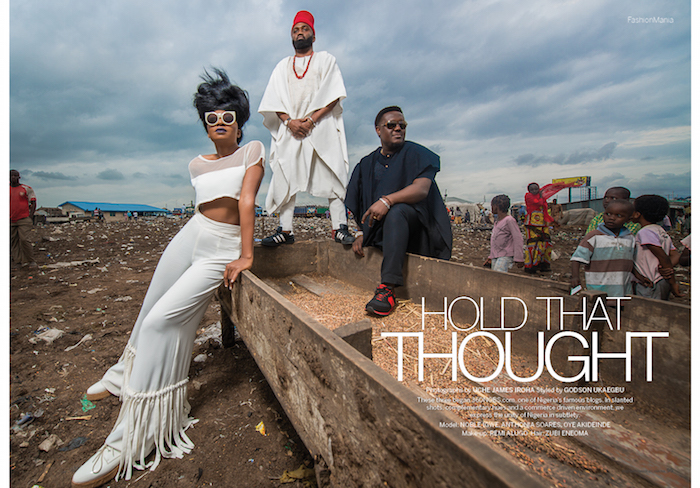